Daydream of the before 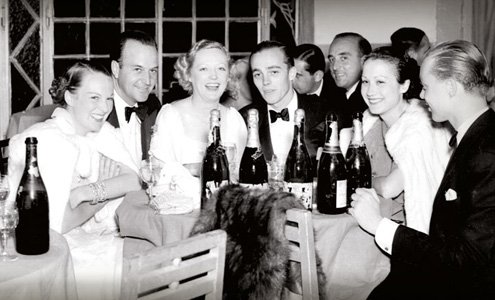 Venice's Hotel de Bains, on the Lido, prospered in the early part of the 20th-century.
O

pening my New England house for the summer — a ritual that included extracting a dead squirrel from my dishwasher’s innards and a war against carpenter ants — my daydreams turned to the ironies and twists that speeded the summertime genesis of World War I, an event that closed out the August 1914, and with it an era.

Ironically, the pre-war world was more “globalized” than ours is today, particularly when it comes to travel, something historian Charles Emmerson underscored in his book “1913: In Search of the World Before the Great War.” Train and ship routes had become so seamless, he writes, that “… when the Archduke Ferdinand was assassinated in Sarajevo [in 1914] politicians, generals and writers all found themselves on holidays on the wrong sides of borders they were accustomed to cross…” Russian General Alexei Brusilov was in Germany, Serbian army commander General Radomir Putnik in Austria-Hungary; Winston Churchill … in Kiel. British novelist Joseph Conrad found himself in Zakopane, in his native Poland.

As my daydream advanced, my home’s dusty screens and balky vacuum cleaner were replaced by a vision of a hotel with a veranda and a busy ballroom; it could have been Biarritz, Deauville, Simla, Atlantic City, Spa or St. Moritz.

In this imaginary hotel, my room is on a corridor with a red jute runner fixed by brass rods. Murmurs slip out from behind closed doors. Open windows and a transom bring fresh natural breezes. The bed is white, the floors are dark — and creak. A closet hosts my steamer trunk. Inside, an armoire holds the four ensembles — with hats — that correspond to the day’s principle rituals: the morning meal and a walk, afternoon tea and the evening. A folding screen hides the modern convenience of my own sink (the water closet and tub are shared). The luxury is Spartan, free of overpowering pillows, curtains, robes and beauty products that modern travelers take for luxury.

The hotel’s dining room, with its chandeliers, silver duck press and dessert cart provide all meals – “full pension”; no “theme restaurants. Thrice daily, I follow a tail-coated maître d’ to my table to be served by “my” waiter. As my stay lengthens — two weeks to several months — I go from merely nodding to other guests to singling out the worthy ones, engaging in a delicate conversational dance to determine if we like each other enough to share tables.

Hotels promoted mingling and matchmaking with carriage rides and picnics, friendly archery competitions or tennis tournaments. Reading rooms and libraries made it easy to investigate potential companions’ book choices or letter-writing habits. There was an orchestra for dancing at tea and after dinner. French-inspired hotel meals served with a flourish on German silver dishes punctuated tiny intrigues and discreet alliances developed among the guests.

Dream on, you might say. That was only for the few. Not true. Even the most luxurious hotels were surprisingly democratic. Hotels were unique and modern because they were those rare institutions open to anyone who could pay, or looked like they could. Even the grandest hotels didn’t require inherited wealth or a position. Indeed, the titillating possibilities offered by the chance mixing of jewel thieves, daughters of penurious but good families, demi-mondaines, titled nobility, nouveau riches and domestic servants were plot sources for books and films.

In addition, the formula of paying guests, three sit-down meals per day and a tight community determined to relax and enjoy came at many levels – from the tiny pension or boarding house in a mountain or seaside village to palaces such as Venice’s Hotel des Bains, the setting for Luchino Visconti’s film “Death in Venice.”

These summertime travel rituals, truncated by the Great War, now reflect a vanished time of travel and hospitality that came undone as millions died in the war itself. Wes Anderson evoked the nostalgia in film “The Grand Budapest Hotel.”

In truth, it was not war that killed off these summer rituals and institutions, some of which survived even World War II. What ended the epoch was the introduction of the word “vacation.” In the 19th- and early 20th-centuries, people had holidays (they still do in the British world), a more leisurely and festive idea. “Taking a vacation” sounds like work (“taking dictation”) or theft or flight and oblivion (“to vacate”).

The 1960s completed the damage begun by the world wars. Social revolutions trampled the gentle rituals of changing for meals, honing chitchat and delicate courting. The cheap travel that permitted a Grand Tour of Europe in two weeks made long walks, costume parties and three long meals seem like Dullsville. In addition, cheap construction and rising incomes transformed second homes, boats and other luxuries once limited to the very rich into more accessible lavishness.

These changes are the reason I keep coming back to my cooling summer home — that and shelter from the New England winter. I remain grateful.

The hotels and rituals of my daydreams are nowhere to be found. And that leaves me to contend with a desiccated squirrel carcasses