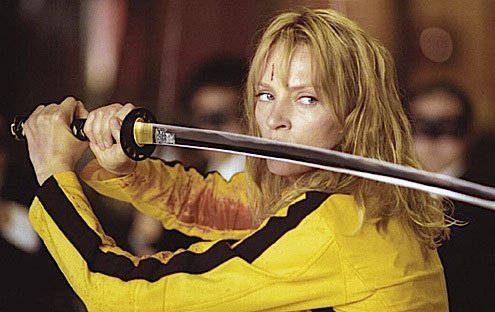 I picked French-Spanish actor Olivier Martinez, most noted for his steamy affair with actress Diane Lane in the movie “Unfaithful.”
W

hen Fabio and I can’t sleep we sometimes play a little game called Dream Date. We each get to name the top two men and women we’d always wished to go out on a date with.

The game comes with some unwritten but important rules.

It must be someone unapproachable or famous. In other words, it can’t be Gianluca from the building next door or Barbara from university. After all, it’s called dream date, so we should aim high, right?

We have to explain our reasoning sensibly. The idea is to have fun, not to get each other jealous.

OK, so I go first. Now then, I should say that my taste in men has always ranged wide: tall and short, sports jock and nerdy chic, southern gentlemen and Italian accents. To me, cuteness has no prejudices.

My first pick was the French-Spanish actor Olivier Martinez, most noted for his steamy affair with actress Diane Lane in the movie “Unfaithful.” His rich black hair, his deep green eyes and not to mention his dreamy accent were what captured every woman’s heart when that movie came out. Actually, he reminded me a bit of Fabio and maybe that’s why he was on the top of my list.

“Mai sentito.” Fabio, of course, had no idea who he was.

Now it was Fabio’s turn. “Oooma Turman,” he said.

“Ahh, Uma Thurman.” I said. Italians have a hard time pronouncing the TH. I was a bit taken back. Of all women, he chose Uma Thurman? Why her?

“È bellissima. È alta e snella,” he explained. Tall and slender. Something that I am not.

It was my turn again. My next pick was Mexican actor, Gael Garcia Bernal. Dark brown hair, dreamy green eyes, sexy Mexican accent, but a bit shorter than Olivier. Remember, cuteness has no prejudices.

Gael first caught my eye the Mexican film, “El Crimen del Padre Amaro” in which he played a very sinful priest who fell in love with one of his parishioners. There’s just something about a man in uniform.

Fabio’s second pick was a bit patriotic (most Italian men have her on their list), Monica Bellucci, the Italian brunette bombshell. Tall, I think. Hmm… Or it could it be her high heels? She was also formosa. A very curvy woman.

And that was all to our little make believe game. Harmless and fun because the people on our list are always unapproachable.

As we waited for our luggage at Rome’s Fiumicino Airport after a trip from Milan, Fabio spotted a famous Italian showgirl. Definitely not dream-date list girl, but still… he asked me to get my camera out. Good girlfriend that I am, I offered to take a shot of the two of them together. After all, what’s so bad about a picture of VIP and a fan (my boyfriend)?

I snapped it. The showgirl was pleasant and trotted off to the carousel to pick up her suitcase. I sent Fabio to pick up ours. Next thing I knew, the starlet is talking to Fabio. Not just for 30 seconds but for two whole minutes!

Thoughts raced through my head: “What on earth could they be talking about? Is she actually flirting with him!??”

When Fabio made his back to me with our suitcase I demanded an explantion. “She asked me if I could help her read the tag on her luggage to see if it was hers,” he laughed.

OK, OK. So maybe I went a bit overboard. As I was saying, cuteness has its, um, prejudices.