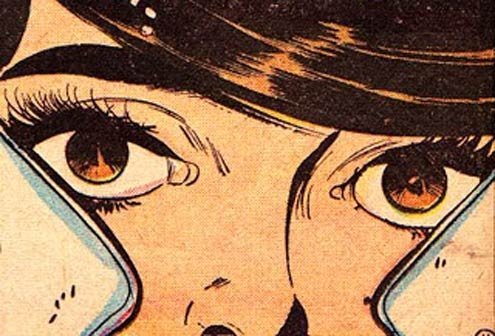 Don't you have a boyfriend yet?
&

#8220;Date over, thank God!” I typed this in a quick text to my girlfriend. She wanted immediate details of my blind date. Those four words said it all. But after I hit “send,” I realized I’d done the unthinkable: I’d sent it to my date by mistake.

“Oh no!” I gasped, frantically looking for a way to cancel the message. But it was too late. It showed up on his phone seconds later.

My cobbler, Ronnie, had set up the date. A Russian Jew in his late 50s, he’d been fixing my shoes for years. On my way home from work, I’d drop off my boots or pumps for repairs.

I’d dodge his inquires with talk of my career, my travels, the classes I was taking. He only looked past my talk, smiling crookedly.

“Ronnie, I’m happy,” I’d reply. “My life is good, no complaints. Thanks for the new heels.”

This had gone on for years. He always threw in compliments between subtle inquires and strange disbelief. When I left, I simply smiled and waved him off.

“Thanks for your concern. Nice to know you’re thinking about me.”

It was on the occasion of my boot resoling in late winter that Ronnie went further and proposed the date.

“I know this guy, he comes in here; I do his shoes. Nice guy, you know, good guy; a little short, but nice face. I think you should go out with him.”

“I don’t know, Ronnie, I’m really not into that blind date stuff.”

“Maybe you’ll like him? How will you know if you don’t try?” It was his cocked head that got me. He added a sly smile, and I gave in.

“Okay, here’s my business card,” I said. “Have him call me and we’ll see how it goes. Meeting for a quick drink can’t hurt.”

Ronnie lit up. “He’ll call, don’t worry, and you’ll have a nice time. I promise.”

The hardest part of a blind date is the first look, when what you’ve imagined meets the real thing. The details of a face and body sink in and your face registers an unconscious response. When my blind date walked in to the wine bar, my face went white.

As I shook his hand, the uncanny resemblance startled me. His voice was accented with Ronnie’s lilting rhythms and his mannerisms so similar he might have been family.

We drank a glass of wine and he did all the talking. He was born in Eastern Europe, raised in France, after which came a ride to the dream country of America. Then came stories of the travails of making it in New York, the “mouse trap,” as he called it.

He followed the story of his past with all the things wrong with the U.S., marriage, divorce and “kids these days.”

As I listened, I was already thinking of how quickly I could make the evening end. I felt badly. He was trying so hard, but we were no match. I felt awkward and just wanted to leave. I passed the time wondering how to describe the date to my girlfriend who was waiting for me to text her.

When our wine glasses were empty, I worked up the courage and said, “Shall we go?” He gulped and looked surprised. “Uh, I guess, if you want.”

Outside, I shook his hand smiling and said it was good to meet him. We stood awkwardly for a moment, and then I simply walked away.

It didn’t take long before he knew I was lying. And I’d have to find a new place to repair my shoes.