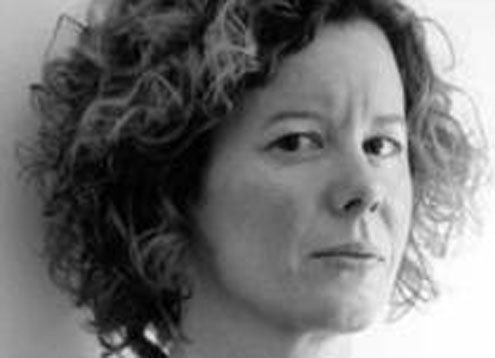 Grindle: Digging back into the terrorist past.
E

We’re in the 2010s as Kristen triumphantly smiles at the mirror in her Florentine student apartment. What a foxy makeover! Blond hair in sophisticated twist; a sleek black leather outfit and weekend bag. No one will mistake her for his daughter now. To Marie Louise, her roommate in this year-abroad study program, she scribbles a note: “Be Back Monday.” Then dashes down stairs to the handsome, fiftyish man opening a passenger door for her.

In the instant she enters that car, she will completely disappear from friends and family. Into a warped tale in time.

Like most Italians, Florence’s Ispettore Pallioti has long political memory. So when Marie Louise shows him the secretly snapped photo of Kristen’s “mysterious” male friend, he recognizes Antonio Tomaselli, a member of the extreme-left Brigate Rosse (Red Brigades) group that kidnapped Prime Minister Aldo Moro in 1978. The kidnapping began a sequence of dramatic political clashes that surrounded the state’s refusal to ransom him. For weeks the BR imprisoned Moro, and tried him privately as a gesture against “The Police State.” Then shot and stuffed his body into a car trunk.

What do the police know of Antonio today? Nothing. Nine months ago he was released from his Moro prison sentence. He has no current address. So where is he? And where is Kristen?

Grindle’s earlier Italy-set novel, “The Villa Triste” (The Sad House), was a keenly researched, realistic account of World War II Florence; occupying Nazi forces; the local Partisans at war against them; their betrayers; and the third millennium murder to which a diary from that violent period provides the key.

In “Daughter” Grindle again reaps the rewards of illuminating recent Italian history through contemporary mystery, as she excavates the turbulent passions of the 1970s. They were known as the anni di piombo, the lead years, an era when the BR transacted “proletarian justice” with lead bullets. The author’s grasp of the Italian political scene rekindles the fiery emotions of that era — and their still-burning embers.

More than three decades after the Moro affair, Kristen’s disappearance will form another episode in that BR tale.

If Pallioti and colleague Saenz don’t initially make a BR connection, why should they? Kristen’s probably one more young foreign student on romantic escapade. Of course they’ve put a missing person on the girl, pressed by her politically-connected father, Dr. Carson, and his wife Anna, Kristen’s stepmother. The couple’s arrived for Kristen’s big birthday blast; she’d never miss that, they insist. She’s not a runaway; she’s been kidnapped.

Pallioti and Saenz keep Antonio’s ID for themselves as they try to calm the Carsons, the Italian foreign affairs ministry, and the American consulate. Both the U.S. and Italian governments are eager to settle any open accounts with the BR. If they learn Kristen’s in the hands of a condemned member, there’ll be armed squads, helicopter searches — the sort of turmoil that might get both kidnapper and victim killed.

Pallioti is also careful not to share a second piece of information. That Antonio was captured and convicted because his long-time lover Angela Vari betrayed him. And that, thanks to Witness Protection Program and a recreated identity in the States, she later married Dr. Carson. A year ago her photo appeared in an American magazine.

And since this is Italy, where politics and philosophy often get fatally confused, the BR “philosophy” still has adherents. One sympathizer smuggles that photo to Antonio’s prison. And how easy it is, today, to invade anyone’s private life. Antonio logs on to Facebook to connect with Anna’s stepdaughter. With slow precision he suggests they are soul mates. If only she could come to Italy to study for a year…

Apparently, there’s been no ransom call. But Anna, Saenz and Pallioti know what Kristen’s FB “boyfriend” wants. He wants Angela.

These three must find him — and Kristen — before official forces do. When Anna disappears from the Carson’s Florentine hotel, action and suspense triple as she goes underground to track Antonio in his hometown Ferrara, while Saenz tracks her, and Pallioti follows a strong Bolognese lead. Grindle has a revitalizing knack for the old “race against time” narrative trick. And a genuine, tactile familiarity with the characteristics piazzas and shadowed porticos of these Italian cities.

This is a page-turner that enlightens the dark side of the Italian scene. Good cautionary tale?