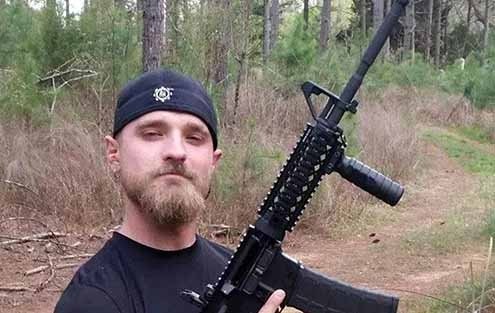 dgar Maddison Welch, 28, armed with an AR-15 style rifle, fires shots into a Washington, D.C. pizza shop where he thinks Hillary Clinton is implicated in a pedophile ring.

More than 150,000 Russian-language Twitter accounts post tens of thousands of messages in English urging Britain to leave the European Union in the days before the 2016 referendum.

The purveyor of this false news that led to fatal shootings, conspiracy theories, threats, and possibly the victories of both Brexit and Donald Trump? Social media.

We have an immense disinformation problem on our hands — in the U.S., Italy, and everywhere. The Big 5 — Facebook, Google, Twitter, Instagram, and LinkedIn — would like us to think their voluntary efforts to stem the problem are sufficient. Government officials believe they have a handle on it as well.

Facebook, Twitter, YouTube (Google) and Microsoft agreed in May 2016 to an EU code of conduct to tackle online hate speech, more regulated in Europe than it is in the U.S. The companies promised to review the majority of valid requests for removal of illegal abuse within 24 hours. Data compiled last December revealed only 40 percent of the requests were addressed within 24 hours, in Italy only four percent.

The companies’ response? We’ll do better. Twitter recently said it would remove verification badges from users that violate its rules. Facebook is trying out — in Canada — a “View Ads” button to allow users to see all a company’s ads. Paltry. They’ve all agreed to employ more humans — to counter or bolster their algorithms — to monitor their sites. Journalists — hired by Facebook as independent contractors and who lack job security —have said anonymously that the system isn’t working, partly because they are kept uninformed about the results of their work. Facebook won’t show them the results of their efforts, either the data itself or the algorithms it uses. “Too little, too late,” is how one journalist described Facebook’s effort.

Government fares no better. The EU’s East Stratcom Task Force in Brussels has only 14 people on staff. They rely on hundreds of volunteers who in two years have researched and published some 2,000 examples of false or distorted stories. In Italy, Boldrini launched BastaBufale (“Stop Fake News”), an educational campaign. In Lithuania there are daily “Elves vs. Trolls” clashes. The “elves” are 100 computer-savvy citizens who communicate digitally to tackle those using social media to spread disinformation from Russia. It’s the 21st century and this could be our globe’s biggest problem. Yet we’re relying on elves.

Legislative and regulatory efforts by governments also fall into the “too little, too late” category. In the U.S., the bipartisan Honest Ads Act was recently introduced to make digital political advertising comply with the rules for advertising in other media, including full disclosure of funding sources. The Federal Trade Commission also voted to begin drafting rules that impose mandatory disclaimers on election ads. This focus on advertising seems outmoded at best. It wasn’t political advertising that encouraged Roof and Welch to grab their guns. The Russians don’t need to use ads when they can hire people to spin false news or call the alt-right and -left to a rally.

The Big 5 have not shown a willingness even to support the Honest Ads Act. Since 2011, Facebook has asked the Federal Election Commission for blanket exemptions from political advertising disclosure rules, asserting its role is more like skywriting or advertising on pencils — too difficult to regulate. On Oct. 31, the Internet Association, a trade group for the industry, issued its response to the proposed act, focusing primarily on the balance between “transparency and free speech,” and between “transparency and individuals’ privacy.” The IA’s bottom line: don’t regulate us.

What’s needed now is genuine transparency, the kind the Big 5 fight against tooth and nail. They should be treated like public utilities. They should be required to make public:

If the companies violate government rules, as they now disregard their promises, make them pay more than the cost of doing business. Italy’s recent $6 million fine levied on a British company for violating data privacy is one example. Another is the German cabinet’s proposal for fines up to $53 million for failure to remove hate speech. Or the EU’s €2.3 billion fine imposed on Google for anti-trust violations inherent in its search engine.

These may seem like intrusive suggestions, ones that have the potential to violate a company’s proprietary business information and customers’ privacy. But until the public knows how these social media giants control information, all the other efforts will be window-dressing.