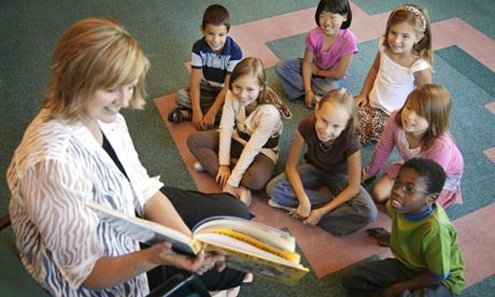 Some kids are waiting for a challenge they never get.
P

eople often hammer away at the same nail. They compound a mistake by repeating it. Insisting on methods that don’t work can seem a common enough pattern to qualify as one of the more unfortunate aspects of human nature. Take education.

The story of my Rome friend and occasional English teacher Mary Tzambiras is a case in point. Like many expats, she teaches English to supplement her income. But Mary, a New Zealand-born classical pianist and singer, has decided use her musical and theatrical training to teach English in a more creative way. Given her background, it’s an effort that comes naturally. Her lessons are based around short plays and songs and emphasize the repeating of important phrases so that they’re used in different contexts. She keeps the vocabulary simple but lively, writing songs and lyrics that establish word patterns (adding rhyme, meter, and stress to give children a sense of how English actually sounds). She helps children as young as age three to perform in plays that are interesting, complex and well organized. They’re as much fun for parents to watch as for kids to perform in.

She often presses ahead despite lack of cooperation from regular teachers, some of who dig their heels into the dry sand of ministry programs and insist that musical asides are not in the schedule or that the students should be focusing on verb tenses.

Yet the kids miraculously learn their lines and wow parents who are dumbfounded to see children (or rambunctious pre-teens) sing a song in English or recite a rehearsed role with flair and ease.

Mary often calls me at the start of her courses to despair at how kids resist her, to the point of outright subversion. That’s mostly because they don’t expect an English teacher to come up with something that might be fun. They’re expecting someone to ask them to repeat apparently meaningless syllables. Given another way, many balk at an alternative that seems far too difficult. Eventually, though, Mary calls me back excited to tell me that the very difficult eight-year-old who was her nemesis has begun enjoying the swordplay in Mary’s version of “Peter Pan.” Enjoying enough to tell other kids to be quiet and join in. From the moment a few kids buy in, Mary’s job gets a lot easier.

In fairness, I understand how the teachers see it. Many are overworked and under siege and their work guided by education ministry demands. Some believe that kids struggling to conjugate the verb “to be” can’t possibly act in a play.

But there’s the rub. Some of the kids’ resistance comes from boredom. Rather than trying to offset the boredom by presenting kids with challenges that might seem out of reach but are also entertaining, some teachers persist in hammering away at what they see as the “easier” way, which in the end also turns out to be the more mind-numbing way.

When I was in high school, a few students actually read for pleasure, which was quite unusual in my school. One year, my nerdy friends and I were anxious to read “Hamlet.” We were 10th-graders and mature enough to sense Shakespeare’s brilliance notwithstanding the teacher’s monotonous style. She had us read excerpts of the play aloud, sometimes stopping us excitedly to ask about its meaning.

“Stop! What does that mean?” she asked us.

We looked at each other, puzzled. What could “not a mouse stirring” mean besides the obvious, that all was quiet? Nobody answered. We thought maybe Shakespeare had some complex deeper meaning in mind.

After a long pause, as if about to share some deep cosmic secret, the teacher said, “It means… all is quiet, nothing happened.”

It’s still a wonder to me that Shakespeare — master of rhythm, meaning, jokes and tragedy — survived a teacher who thought her students were stupid.

I still love all of Shakespeare’s plays. But my least favorite is now “Hamlet,” and you can thank standard teaching practices for that.