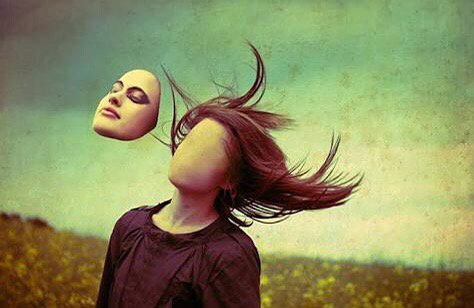 What dreams may come…
A

n array of memories, impressions, and sensations; a flux of things you’ve been told, heard, overheard, read, experienced, and seen — the whole of it melded together into a substance that’s mixed, shaped, and baked, to be eaten from as food from a plate or whipped into formation, manipulated, readied for war.

If Knowledge is a place, it is Beirut in its civil war years, where I played with others as a child. It is plaster that remains standing even after bombardments, a skeletal structure open to the elements, a roofless witness to cawing seagulls. Knowledge is solid only in that layer after layer of ingredients help compound it. It is simultaneously accumulative and cumulus.

Knowledge is also formed by the thoughts that advance on us when we can’t sleep. It’s the feeling of sticking a foot out from under a warm bedcovers on a January morning, that insurmountable desire to find something cool or cold outside the protective warmth of self. Like insomnia, the desire for knowledge cannot be held back.

I’ve been under insomnia’s spell for six months now. I have become a night-thinker. I ruminate. My worries, dreams and desires merge in a contemplative dance. Pleasure battles pain. I am greeted by the mind’s many voices in the grey hours. Each of these voices — doubt, truth, fear, and discovery — contends for attention. The state of wakefulness, though not completely real, is a Tower of Babel with its own inner soundtrack. There’s no use fighting it.

At first this wakefulness would come to me at 4 a.m. but now it has moved to 5:30 or 6 a.m. I have learned to embrace these hours and their mental offspring. I do so to give my mind the space it deserves.

I gather strength from an article published in Scientific American some years ago and co-authored by a psychologist and a psychiatrist. They promoted the notion that the obsessive thinking of a person in the thrall of depression may actually be an adaptive response to a problem. They also suggested the response could induce creative results and compelling cognitive awareness. The scientists took the approach that that this kind of thinking shouldn’t necessarily be medicated away, banished, or rationalized. Suppression wouldn’t make the problem go away. But mulling over problems, even at the cost of suffering, might lead to something greater.

I’ve befriended insomnia and my obsessive thought patterns in order to expand knowledge, at times risking the loss of real friends who might not appreciate my inner investigative spirit.

I have done this knowingly. If knowledge really is a place, to me it is the swimming hole in the river that ran by my grandmother’s house, cool but frightening. In the stream was clean water, but punctuated by shards of glass. Snakes hid along the banks, danger never far off. Despite this, or maybe because of it, the swimming hole still beckons.