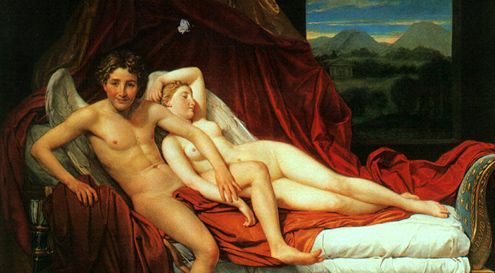 efore I left for Italy the first time in January of 2006, the spring semester of my junior year of college, everyone said the same thing:

“Oh shut it,” I always retorted. “Of course I’m coming back. I have a boyfriend, a college degree to finish and a lease to pick up in the summer.”

No one seemed to buy it, though. Not my sister, not my mom and especially not Katie, my best friend of the past 14 years.

“Yeah whatever, Angie,” she said, giving me her you’re-full-of-it look. “You’re gonna fall in love with some hot Italian and you’re never gonna come back. I just better still be the maid of honor at your wedding.”

At the end of my semester in Italy I proved them all wrong, and even though I practically had to be dragged out of the country kicking and screaming, I went back home. Back to my boyfriend, back to my schoolwork and back to the college house I shared with my old friends.

However, in the year that followed, I finished with all three of my original reasons for going back to the states (1. boyfriend turned out to be a controlling pig, 2. graduated, 3. got someone to sublease my room) and found myself applying for a position with Florida State University’s study abroad program that would take me back to Italy.

On that afternoon when I got the news from the International Programs office, I damn near had a heart attack.

“I’m going baaaack!” I screeched as I ran through the house, bursting into the living room where Katie and one of my other roommates, Jessica, were enjoying a lazy afternoon on the couch. “Ohmygodohmygodohmygod!”

After the standard round of congratulations’ and the oh-that’s-great’s, they got right to business.

“So be honest,” Jess said giving me a look similar to the one Katie had given me about a year earlier. “You don’t plan on ever coming back, do you?”

What the heck? I thought. Why does everyone think I’m never going back to the states? It’s not like they ever cite any of the logical reasons. Not my love for art history. Not my gluttonous obsession with pasta. Not even the fact that I hate Florida. Everyone assumes I’m never coming back because I’ll fall in love with some Italian and ride off into the proverbial sunset on the back of his Vespa. But why?

“Well, that’s just what people do,” explained my sister, a 20-year-old that I describe not as a hopeless romantic but a reckless one. “You don’t even have a boyfriend anymore! You’re totally gonna end up with an Italian,” she added in a matter-of-fact tone.

I thought of a commercial I had seen recently, one for Secret, the deodorant. A pretty young female tourist in Italy is looking for something on a map when an equally handsome (Italian) young man on a scooter stops and motions to her, volunteering to show her around. As the unrealistically good looking couple ride off together, her voice comes on over the scene: “What’s my secret? I speak fluent Italian.” Ugh, what a hussy, I think.

So now, upon my return to Italy, I found myself wondering if maybe I would find some “Italian stallion,” someone named Giuseppe or Fabrizio, to sweep me off my feet with promises of unbridled passion or at least a different kind of pasta every day of the week.

Nah, I thought. Who am I kidding? That’s not me.

I didn’t come to Italy looking for love. I came here to get away, to start a new part of my life ( i.e. the terrifying leap into the so-called real world after college). I came to try and figure out what to do with the rest of my life and drink some good Chianti in the meantime. I came for all that and more, but I definitely didn’t come to find some guy.

Plus, aren’t all Italian guys skeezy anyway? I thought, trying to assure myself that surely I would not be one of those love-struck Americans. I mean, really. Ciao bella? Gimme a break.

And then it happened. Day one of week two. I became a statistic.

I was standing alone outside of the Lion’s Fountain (a Florentine pub for American college students with separation anxiety from the dive bars of their respective college towns) looking for my friend when I noticed she was sitting with a guy (an Italian, I assumed) on the sidewalk across the street from the bar. I had seen him earlier with another guy (presumably also an Italian) and while I searched the crowd for any one of my other friends (Because God forbid anyone think I was there alone. Who does that?) the guy’s friend walked over to me.

Oh God, I thought. Here we go. Well at least this gin and tonic I’m working on will give me the courage to work on my less than perfect conversational skills with a real live Italian.

Me: (in a slightly less cool Italian) “Uhm yeah. Is that your friend?”

Him: “So are you American?”

Him: “No, just that there’s a lot of Americans here. Do you go to Florida State University? That’s where a lot of these kids say they’re from.”

Me: (trying to think of how to explain the concept of UF vs. FSU to an Italian who I’m sure has no idea nor cares that there’s a difference) “Well, no, not really. See, I technically work for Florida State but I just graduated from another school in Florida called the University of Florida.”

Him: (now in flawless, accent-less English) “Oh, yeah. The Gators.”

Me: (with a look of total shock and confusion, now also speaking in English) “Huh? How do you know about the Gators? And how is your English so perfect?”

Him: (with a laugh) “My mom is from Lakeland. Have you heard of it?”

Me: (still shocked) “What? Lakeland? Yea, I know where Lakeland is. I went to school in Gainesville. It’s only a few hours away!”

And that, everyone, is how I traveled halfway across the Earth to meet the Italian everyone predicted I would meet who really turned out to be an Italian whose mom is from Lakeland, Florida.

Since that somewhat blurry night nearly a year ago (thank you alcohol, for the gift of liquid courage), I’ve moved into the role of ragazza.

So, how does a girl from Lakeland end up with Italian children, I stupidly asked him in the beginning. The story, as I should have already guessed, was not much different from the other stories of Americans I had heard before. She went to school at UF, didn’t like UF’s study abroad program to Italy so she went with FSU, came here, met an Italian, fell in love, got married and had some kids, one of which was the guy I met. (Note: I also went to UF, didn’t like their Italian study abroad program and chose to study through FSU instead. Coincidence or fate? You be the judge.)

It seems everywhere I turn, I hear the same story, or at least a similar variation of it.

“So, what’s your story?” I ask the professors at school. “How did you end up here?” The answer is almost always the same.

The more I ask around, the more I hear it: “Well, I came here when I was in college and I fell in love and now I’m here.” And it’s not just women either. Apparently, the Italian love spell can be cast on both sexes. One of the male professors at school often talks about how he fell in love with art history and Italy when he first came here. What he told me when I asked him, but doesn’t always mention in class, is that he also fell in love with a girl. An Italian girl who he’s now married to. Aha! cupido strikes again!

The Florentine, a local English-written publication, prints a section each issue called “How did you get here?” In a recent issue, three out of four people interviewed said meeting and marrying an Italian was the reason for their stay. The fourth said she was here because she “adopted an Italian cat who has become accustomed to the Italian lifestyle.” This makes me think, are Italian animals also capable of making helpless Americans fall in love with them?

As for myself, while I really like my Italian ragazzo, I don’t see marriage anywhere in the near future. Not with him or anyone else for that matter. My friends back home, though, the ones who I’ve filled in on my latest romantic endeavor, are practically booking flights over here for my non-existent wedding.

The truth is, like everything else in my life, I don’t know where any of this is going. My job in Florence is only into mid-2008, when my academic year is up. After that, who knows? I certainly don’t. So then what will become of my fledgling romance? Will I stay in Florence, and somehow do the impossible- get a job? Or will I just be deported by the European Union and sent back to the good ol’ U.S. of A.? I have no idea.

What I do know is that I’m going to enjoy my Italian romance for as long as it lasts, and I’m not going to worry about being a cliché. Plus, my guy doesn’t have a Vespa.

About the Author: Angie De Angelis

Angie De Angelis graduated from the University of Florida with a BS in Journalism and a minor in Art History. During her junior year she studied in Florence for a semester and fell in love with everything about Italy. She is now a graduate counselor with Florida State University's study abroad program in Florence. She also writes for Vista: Florence and Tuscany, a culture and entertainment magazine about the area. In her spare time she enjoys eating, traveling, and reading.