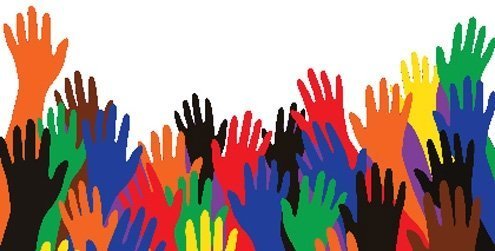 Everyone deserves respect, no matter their appearance, but values can vary.
A

s a little girl I somehow got hold of a brown marker and methodically started shading my arms until my horrified mother found me.

“What are you doing?” she cried.

“I want to be brown like Felicia,” I told her.

For my two-year-old brain, it made perfect sense: my teenage babysitter and idol, Felicia, was African-American. Surely if my skin looked like hers, I might approach her level of cool. My mother (now intrigued rather than horrified) calmly explained that everyone’s skin was beautiful, brown, white, or any other color. Deciding I could accept that, I put down the marker and toddled over to the bathtub.

I still hold tight to my mom’s view: everyone is beautiful. Everyone deserves respect, no matter their appearance.

Yet when it comes to medicine it’s not quite that simple. Everyone doesn’t deserve the same care. Maybe that came out wrong. Let me clarify: everyone deserves the same level of care — competent, comprehensive, and compassionate. But people’s differences — race, ethnicity, religion, gender, and so on — mean they often come to doctors with different expectations of the appropriate response. That also means physicians need to handle those expectations in different ways to provide sensitive care.

A 2010 report by the Agency for Healthcare Research and Quality found that “racial and ethnic minorities and poor people often receive poorer quality of care and face more barriers when trying to access care.” It’s hoped that more culturally competent care may bridge these gaps. Some studies back up the idea, though more research is necessary.

But it’s tricky. You often don’t know what you don’t know. And that can lead to cultural clashes that are misunderstandings more than intentional neglect. I know from experience. This April, I was in New York City to revisit Weill Cornell Medical College, where I will soon begin studying. A fourth year medical student took a group of us newcomers on a tour of the main hospital late on a Friday afternoon. We piled into an elevator headed up to the upper floors. Strangely, though, the elevator stopped at each one, seemingly for no reason. Our guide saw our confusion. New York City, she explained, has a large Jewish population, and some more Orthodox Jews won’t do anything considered “work” on the Sabbath. Since pressing elevator buttons falls under that prohibition, the Friday-Saturday “Sabbath” elevator was programmed to stop on every floor.

I was shocked at my own ignorance. I’ve known about Sabbath rules prohibiting work (including the use of electricity) since childhood. I’d simply never considered the rule’s implication in terms of hospital elevators.

And that’s the thing. Globalization and immigration mean people from all over the world now live all over the world. Each culture has its own nuances for greeting, talking, and touching. Even understanding the “how do you do?” customs of major American groupings is complex. According to a cultural competency guidebook published by the American Academy of Orthopaedic Surgeons, in African-American culture, a firm handshake and eye contact are usually valued as signs of trust. Native Americans often prefer a lighter handshake and consider extensive eye contact intrusive. In the Asian-American context, elders should be greeted first; sometimes bows are preferred to handshakes; eye contact again is limited. For some Muslims, physical contact between the opposite sexes is reserved for husband and wife, so a male doctor shaking a female patient’s hand is a no-no.

There are even biological considerations. Some people of Asian descent physically respond differently than Caucasians to pain medications like codeine or acetaminophen. To make things even more knotty, even these statements are generalizations — no more than basic guidance on what you might expect from a patient or family encounter; a place to start. Applying them as anything more than guidance risks producing more harm than good.

I’ve always considered myself relatively culturally competent. And where competence was lacking, I believed in my open mindedness and ability to sense and overcome differences. But there’s another reality: when I become a doctor I’ll have patients whose beliefs I disagree with. Yet I’ll need to respect the strength of those beliefs, even while disagreeing with them, to deliver the best care possible.

Doctors and patients will frequently come from different backgrounds and speak different languages. Their skin will be different colors. They will believe in different gods, or in no god at all. The way I see it, when I become a doctor, it won’t be about looking like my patients, or agreeing with them, or even always fully understanding them. It will be about respecting them, and knowing how to reach them. From what I’ve seen of medicine, that’s half the battle.