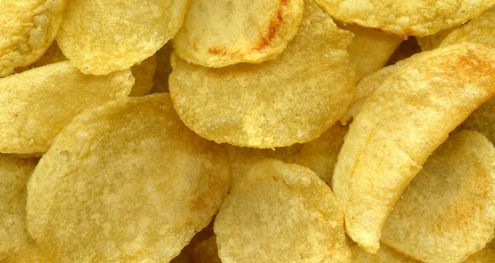 ome years ago, at a toddlers group in Rome, one of the mothers left the rest of us gobsmacked by announcing that she was flying to New York for the weekend to buy some vests for her one-year-old daughter. Her husband had a high-powered job, so the airfare was of no consequence. And she was clearly bored out of her brain so the thought of a weekend jaunt to the U.S. must have been a welcome diversion, especially as she would be flying business class.

We lost touch after a while, though she made several more sorties to various North American cities to pick up pajamas and other essentials for her impeccably turned out sprog. But I thought of her last week as I hopped on a plane with my 13-year-old son to spend a few days in England. Our mission wasn’t to pick up vests or pajamas, but to attend a 21st birthday and stock up on vital supplies like T-bags, Marmite, horseradish sauce and cheddar cheese — of which more later.

We didn’t fly business class, but scrambled for a place on a Ryanair flight, with me shamelessly prodding my son forward as the advance party to nab a window seat. Now some English people I know are rather snotty about low-cost flights, partly because of the unruly rush for seats, but also because of the merciless baggage rules — go five grams over your 15 kg allowance and you will be stung for an extra €8 or so per kilo, or forced to leave the excess behind at the airport.

It is true, low-cost flights have their drawbacks. Most of the flight attendants look as is they should still be at school and some of the pilots have problems stringing a sentence together in English. And no one will give you so much as a glass of water unless you put your hand in your pocket. Still, with a return ticket through Rome costing about half the price of one-way train fare from London to Bristol, I for one am not going to quibble.

There may be no in-flight movies, but there is plenty of entertainment, with a constant stream of offers and announcements as the cabin crew stroll up and down the aisle like something out of a medieval bazaar, hawking anything they can, from lottery scratch cards to fluffy Scandinavian slippers. And the in-flight magazines are much more fun than the dreary puffed-up glossies put out by snooty British Airways.

The Ryanair magazine proved riveting reading, mainly because of the ads, which offered an unbelievable range of services, including discount plasma laser whitening for my teeth in Poland, breast implants in Prague and, most intriguing of all, IVF in Italy. “IVF! Why not combine your treatment with a holiday in Italy?” urged the ad. It went on to promise an “oocyte cryopreservation program and the possibility of transferring up to three embryos” at centers in Rome and Naples. Alternatively, I could opt for a one-day cosmic ordering training course at Stansted Airport, to “discover the simple skills you can use to change whatever it is that’s holding you back from getting the life you’ve only ever dreamed of.”

As it turned out, my son and I plumped instead for an afternoon at the London Dungeons, scaring ourselves silly in the steps of Jack the Ripper and Sweeney Todd. That was followed by what for me was the highlight of the trip, though it is a sad admission — a shopping spree in Waitrose.

What is it that turns a mature and, I like to think intelligent woman into someone resembling those crazed TV contestants who win a five-minute grab-all-you-can off the shelves slot in a supermarket? Presumably it’s the same expat nostalgia mechanism that makes me cram as many visits to the pub and the nearest fish and chip shop as I can while I am on British soil. After half an hour of pure supermarket bliss, my trolley looked something like Ratty’s picnic hamper when he invited Mole for luncheon the River: shortbreadbiscuitscrunchiebarsDevontoffeescocktailprawncrispsCadbury’scremeeggs — most it sugar-laden junk that I would never have dreamt of touching when I actually lived there. Except for the prawn cocktail crisps, that is.

An Italian friend of mine on his first trip to England was flabbergasted to see an entire supermarket aisle given over to crisps — crinkle crisps, flat crisps, tomato sauce flavored, cheese and onion, salt and vinegar, smoky bacon and the sublime but hard to find tandoori chicken ones. When I first came to Italy, I was equally dumbstruck to see the boring selection of crisps on offer over here — ready salted or nothing. Italians may win hands down in most comparisons between local cuisine and English fare. But when it comes to crisps and other vital ingredients of a full and happy life, they still have a lot to learn.