COVID of the mind 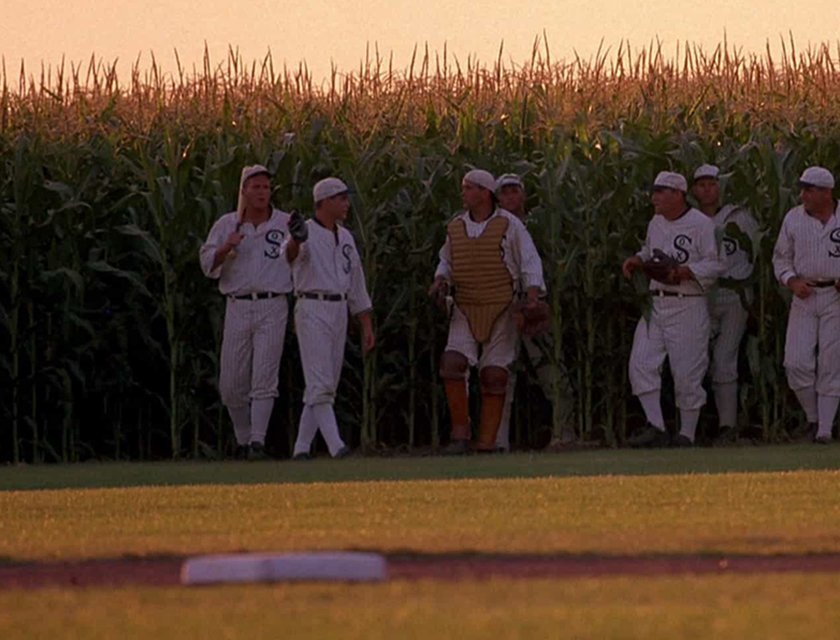 The film "Field of Dreams" made the cornfields of Iowa into a magical place ripe to host ghosts.
T

he 1989 movie “Field of Dreams” plays out in my home state of Iowa and at the time gave the sparsely populated state some brief notoriety. One line stands out: “Is this Heaven? No, it’s Iowa.” The central character is a farmer who hears a voice telling him to build a baseball diamond on his land. He does, and once complete the ghosts of famous baseball players arrive to play on it.

Iowa is lauded as the place where dreams come true. You’d imagine such a bucolic place as free of sickness, but sickness is a subject I’ll set aside for now.

My own version of magical Iowa emerges every summer when I travel from Florida to take up residence in my Dad’s countryside cabin to write.

My Dad owns some 2,000 acres of land in the area — roughly the size of Gibraltar and five Vatican Cities — and sometimes I dream of building my own little get-away on one of his farms.

Though in general I’m more partial to the lively nearby college town where I grew up, rustic Iowa has grown on me. I revel in its gently rolling hills and vast skies, beautiful even as they darken during the season’s frequent thunderstorms. The Amish in the area bake cinnamon rolls as big as baseball mitts, and travel by horse and buggy.

I awoke in the middle of the night, shivering, and found the door wide open.

This year, the corona virus pandemic caused me to miss my annual summer pilgrimage so I scheduled a trip for the fall, thinking it would be safe by then. When my trip unexpectedly coincided with a surge in Iowa’s COVID-19 cases, I went ahead undeterred. Home is home, and I wanted to see my octogenarian father. As for the virus, I never go without a mask. Risk is not something I favor.

My Dad lives with his wife in a small house, and rents his cabin during the school year, so my daughter Julia and I stayed at another cabin — attached to a big farm house on a property that echoes “Field of Dreams.” There was a big red barn, a pond out back, lumbering cattle in the fields littered with corn stalks, and a family of cats with several kitties. The lame kitty was the only one who let me and Julia hold him, and one night, he jumped from Julia’s arms to the inside of our cabin. After I found him and pushed him outside, I shut the door — just not tightly enough. I awoke in the middle of the night, shivering, and found the door wide open.

I shivered again the next afternoon at my Dad’s. “Should we take your temperature?” asked his wife, Connie. I thought she was kidding — I felt fine — but it was 99.8. I rarely have a fever above 99.

Not thinking too much of it, I made myself a cup of tea, and started organizing myself for our trip back to Florida the next day.

A couple of hours later, I let Julia take my temperature, since she enjoys playing doctor. It had risen to 100.8. That’s weird, I thought, reaching for a Tylenol. About an hour later, it had climbed to 101.8.

I’ve always been a hypochondriac, hardly an asset during a time of widespread disease. My only comfort was that apart from a temperature, I felt fine. I wondered if the thermometer readings might be off. Maybe Julia had broken it.

Then came more. My body now shook with chills. I felt nauseous, and my chest was heavy. I could feel my fever rise further, but I resisted taking it to keep my rising anxiety in check. I thought about the youngish people who had contracted severe cases of COVID that had landed them in emergency rooms, or the morgue.

The sun came out, Julia and I nibbled on Cheez-Its and grapes, and my Dad talked about farming.

“I think we should go to the hospital,” I announced, almost in tears, to Connie, who held a distressed Julia in her arms. Julia didn’t understand why mama couldn’t hold her.

Connie, a no-nonsense nurse, talked me out of the hospital. “They won’t keep you overnight,” she said. Of course they wouldn’t. Just that morning I’d seen a headline about Iowa hospitals at full capacity with COVID patients. The article actually suggested “having a plan B” should you become seriously ill.

The national health crisis caused by the pandemic hit home literally the next morning. I began calling hospitals to find out where I might be tested, finally finding a local clinic that would see me the next day.

By then, I was fever-free, so when my nasal swab test came back negative, I was relieved but not surprised. “Probably the flu,” the nurse explained, “a different strain here than in Florida.”

But the fever and chills didn’t abate, especially at night. I began to second guess the test — especially when I later read that the test I took is accurate only 50 percent of the time.

I kept myself isolated, masked, in a little room at my Dad’s home. Fortunately, I improved, much the way you improve slowly after the seasonal flu. No one else got whatever I had, and we were finally able to go back to Florida.

The day before we left, I finally got a little piece of Iowa’s paradise, when my Dad took us on a tour of his farms. The sun came out, Julia and I nibbled on Cheez-Its and grapes in the back seat, and my Dad talked about farming against the gentle canter of my questions. He pointed out the plot of land most amenable to building my future getaway.

My inner anxiety finally lifted. I forgot all about being sick, as I looked out at the vast stretches of fields and big, open skies — dreaming, once again.