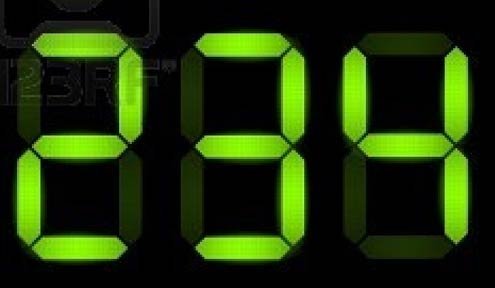 As if some techno-designer had a sense of humor.
N

umber 297. I take our ticket from the machine in the Milan city registry office. It’s doesn’t look good. We scan the waiting room. There are a few free single seats but nothing together. Alberto checks the overhead electronic screen. Number 160. The numbers are the digital version of the old-style mechanical flip numbers, as if some techno-designer had a sense of humor.

I look at the bank of glassed-in service windows circumscribing the central waiting area. I count 14. Behind the partitions, some desks are empty while two people share one computer screen at others. Numbers on smaller screens outside each window are in the 150s and 160s.

“We’ve got at least an hour’s wait. Let’s go across the street to the California Bakery and get a coffee and a brownie.”

When we return to the waiting room an hour later, the number on the main screen reads 250. I ate too big a brownie and now I have the sugar willies. I again look for a place where we can sit together. There are two empty seats. A man is using one for his bag. I walk up to the seat and point. He looks at me as if he doesn’t understand. I give him a sour smile and signal that I want him to remove his bag. He responds with an expression of polite courtesy that seems contrived. Alberto and I sit down and stare at the bank of glassed-in service windows ahead.

Number 261, 262, 263. We’re on a roll. I hope that other ticket holders have grown bored and gone home. I watch the people inside the glass box. One of them stares at his computer while his colleague sits on a rolling chair behind him and looks over his shoulder. Three people stand at his window and take turns speaking into the glass cutout. I sink low in my chair and practice my breathing exercises.

Number 275. The glass-boxed woman in the corner hasn’t served a client since 260. She alternates between shuffling papers and staring into her screen as if she were receiving instructions form a higher power. I look over to the side at two other glass-boxed people moving at a mechanically slow pace. Behind them, one man sits while another leans against the wall chatting casually.

“I wonder what his job is supposed to be?” I ask Alberto.

“He’s probably just back from lunch.”

“He must have a long one, cause he’s been standing there for over an hour.”

Number 289. We are almost in the 290s. I stick my head up like a turkey and twist round to check out the glass boxes behind us. My inherent mistrust of technology makes me want to be sure the numbers on the main screen are synchronized with the numbers on the small screens in front of each glass box. They are, more or less.

Number 293. My heart starts beating faster. Maybe it’s anticipation or maybe it’s just an after-effect of the brownie high. I start to worry that they might close the office before we’re called.

Number 295. I stand up and scan all the little screens to make sure none have jumped ahead.

Number 296. “Com’on,” I say to Alberto, and we move to the center of the room. We are positioned back-to-back, the way we might be if we were floating in shark infested water. No number can change without us spotting it.

Number 297. It’s at the far corner of the room. I dash holding my ticket in the air, trying to make eye contact with the glass-boxed person within.

“We would like to register for stato di famiglia, Alberto says as he rushes up behind me to the window.

The glass-boxed woman asks for our identity cards and driver licenses, inputs information into her computer, and then hands us a form to sign.

She prints out a second copy and hands it through the slit in the window. I hand her exact change. We thank her and we leave.

Outside the commune Alberto and I examine the certificate. It reads, famiglia anagrafica.

“Does this mean the city of Milan recognizes us as a couple,” I ask.

“Well, it means the group composition of our household is registered with the city. So now everything in our apartment is communal property.”

“I thought it already was.”

“Yes, but in theory, we should now only have to pay one family TV tax instead of two separate ones.”

I’m sure our TV will be very happy to know it has finally won family status.

After 15 years as a couple, 10 years of living together in Italy, six years of marriage, valid in Canada not Italy, two hours waiting in the city registry office, and one extra-large brownie, we are finally a famiglia anagrafica.

We have been counted by the city of Milan. For now, that’s the most a same-sex couple can get in Italy.