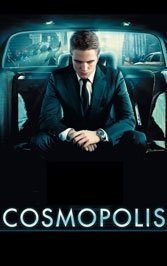 The best Shakespeare adaptations depend on elasticity and subtlety to give old wisdom new life and establish credibility and universal meaning. Here, the usually reliable Cronenberg decides to vex that truism. He takes Don DeLillo’s 2003 novel “Cosmopolis,” a metaphysical musing about a young but self-destructive Wall Street über-capitalist, and transforms it into a film-length paean to novel excerpts in an effort literally document soullessness. Bad idea.

DeLillo’s book focuses on 28-year-old dom.com billionaire Eric Packer as he makes his way through Manhattan in a stretch limo after deciding — in banality of evil style — that he needs a haircut. The drive and the sudden collapse of his cyber-empire permit DeLillo to plumb the strange and amoral depths of the currency-driven art of moneymaking. Packer and his lackeys exist as stylized metaphors in the service of a robotic man’s rise and fall.

Though Cronenberg clearly loves DeLillo, words don’t always love film, and the mismatch is everywhere apparent. His Packer (Robert Pattison) is forced through wooden rich-boy paces — sexual encounters, a rectal exam in his limo, anarchist attacks, and musings on a world in which the rat has become a unit of currency — in a tediously inevitable run-up to a life-or-death reckoning. Conjured up in part in the wake of Seattle’s 1999 Millennium Round protests, when the anarchist Black bloc surged into prominence, Packer exists to embody the soulless “intersection between technology and capital.”

But that’s all he does, since the pacing is constricted by exaggerated loyalty to the novel’s eloquent but dry speeches. Packer, we learn, though it’s obvious, has everything and nothing. Women, sages and whores all drift in and out. Paranoia is a constant. “You need to be inflamed. This is your element,” says Packer’s aloofly rich wife. But there’s no kindling.

DeLillo’s novel, though not his best work, nonetheless possessed a bizarrely evocative mood more in tune with Brett Easton Ellis of the late 1980s than the 21st-century. But the writing saved the day. Cronenberg’s homage is by contrast portentous and pretentious. “Money has lost its narrative quality,” a seer-advisor — chief of theory — tells Packer in his long white limousine. Loss of narrative quality might apply to the film as well, so much so that even the fraught conclusion comes off as near-parody.