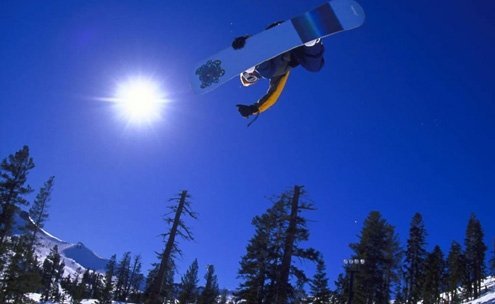 The first tourists didn't do this.
O

n one of my first trips to Cortina, I witnessed the following scene in a sock and pajama shop. As I marveled at the Italian ability to turn the pedestrian necessity of sock-buying into a style-honing experience, the store’s proprietor struggled to find a set of matching pajamas for a customer’s three children, aged fourteen to five years. The mother was almost overwhelmed by the project’s complexity and dismayed by her children’s lack of interest in it. After untold pajamas had been pulled out, put back, unfolded and re-folded, two complete sets were assembled: a red one and a blue one.

“Which color do you want?” the mother asked, hoping for a glimmer of interest. No one bothered to answer until the five-year-old said “red.”

“Red? Red?!” Ma non è possibile. Just think how red will look against the peach couch when you watch television. It will look awful.”

There in a capsule was all that had gone wrong with Cortina.

Cortina’s first tourists were Victorian English aristocrats and mountaineers who came in search of sublime nature and challenging peaks. The Tofane and Cristallo groups, two imposing masses of granite, tinted pink by iron deposits, and the uniquely cheerful Alpine valley lying between, enthralled them. Italy’s royal and commercial aristocracies followed — the Savoia and the Agnellis. Artists joined in — Ernest Hemingway and Francis Bacon; and political figures — Giulio Andreotti and Indro Montanelli; finally, stars — Richard Burton and Liz Taylor, Vittorio Gassman. With the 1956 winter Olympics and the first “Pink Panther” movie, the “Pearl of the Dolomites” reached its apogee.

But when I arrived in the early 1980s, what brought the British seemed distinctly secondary. The 1960s glamour had faded too and the local glossy magazine read like a booster publication for a second-rate metropolis. In its photos, Veneto industrialists, politicians on the decline and chinless aristocrats clutched each other, grinning under sponsor’s logos at laughable events, while in its text they insisted they came for Cortina’s landscape not its social life. But how seriously can you take signori from Bologna or Rome who hike dressed like extras from “The Sound of Music” — topped off with Tod’s and pastel cashmere?

As for me, Cortina exacerbated the usual problems of living in a spouse’s native country. I disliked having my identity filtered through a male. Things I believed important about myself appeared meaningless. No one had heard of my college; it wasn’t Harvard. I came from Illinois, which, not being California or New York, doesn’t figure into Italian geography. Bearing little resemblance to Jay McInerny’s description, my five years in New York City meant little. My advanced degree in French art — not Renaissance Italian — was considered interesting but not serious.

When I complained about my identity problems, my husband assured me that it didn’t matter. After two years in America at a prestigious law school and on Wall Street, he was a proud expert on American society. “Relax,” he told me. Italy was not like the United States where people judge you only on your salary or college. Italians care who you really are…

And if it wasn’t bad enough that no one else recognized me, I barely recognized myself either. I came from a hard-core skiing family that pitied and ridiculed non skiers — snow-bunnies — who shopped in town while we skied. We disdained too-fashionable and too-clean ski clothes. No conditions were too harsh, few slopes too hard.

Circumstances had kept me from skiing for twenty years. And now, with a husband who didn’t ski and had spent his youth in Cortina playing bridge with dowagers at the Hotel Posta instead, it looked as if I would never ski again. I didn’t think I minded. My family could sometimes exaggerate and I didn’t miss childhood memories of icy precipices and blizzards. But in the parking lot at day’s end, while others clapped the snow off their skis and I wrestled with a baby carriage and sled, I felt the urge to tell complete strangers that I really was a skier.

Things took a turn at dinner at an old friend of my husband’s. With my improved Italian, I recognized the script of the conversation. It could have been my teenage skiing buddies talking about their missed falls and hot new equipment. I couldn’t yet jump in for myself, but I recognized an outlet for an undervalued facet of my identity. Soon my rankling snow-bunny status took on strange effects. Bathrooms sloppy from muddy ski boots evoked tender nostalgia. The hum of chairlifts seemed like music. I snapped at my children as we built snow castles among the lounge chairs by the baby slope.

One day a friend arrived at the baby slope on skis to take her two-year-old for a ride on her shoulders. The child screamed with delight. Would I like to try? Despite my skirt, we traded footgear, I stepped into her skis and hoisted my son on my shoulders. The skis fell into a snowplow and we inched down the slope. Both of us screamed in delight.

The following year, I ended the twenty-year ski break. Hedging my bets, I rented equipment and braved ridicule for my now too-unfashionable clothes. Like riding a bicycle, it all came back — allowing for two decades of aging. Parental rigor paid off; I could ski anywhere and with anybody. I had my own life, getting up early, leaving children and husband at home. I exchanged the children’s “snow beach” for the slopes of the Tofane and Cristallo. I visited town in wet and muddy ski clothes and only to buy groceries. People my husband hardly knew waved to me on the street. People included me in dinner conversation.

One late spring afternoon, I stopped with a group at the top to have a drink in a rifugio before our final descent. It was a day from a tourist brochure; brilliant blue sky, homemade fruit grappa, handsome specimens from the Veneto’s upper crust. My good spirits almost overflowed with sun and companionship. A man I hardly knew clinked glasses with me and said, “I never thought I would see you up here having a grappa and skiing.” I could have kissed his receding chin.

Returning home, I got stuck in the line of cars going to the shops in the center. I cursed Cortina’s commercialization, its superficiality. Just then, a last ray of sun pierced the falling shadows, isolating one of Cristallo’s crests. The lone, pink granite finger vibrated and glowed. A Cortina photographer had told me that shots like this only came once a year, when the sun was at just that angle on just that day. Pink rock against a blue sky. Now that looked splendid.

Cortina at a Glance

Best reached by car. Take either the Milano-Venezia or the Brennero via the Val Pusteria. Train service is slow and requires a change at Mestre and transfer to a bus at Calalzo. A car is vital in Cortina. Slopes accessible by bus, but hotels are not.

Enoteca A Cortina institution for après ski. Excellent selection of wines by the glass. Most order fragolino. Save room for a tramezzino. Via Mercato, 5. Tel. 0436.862.040