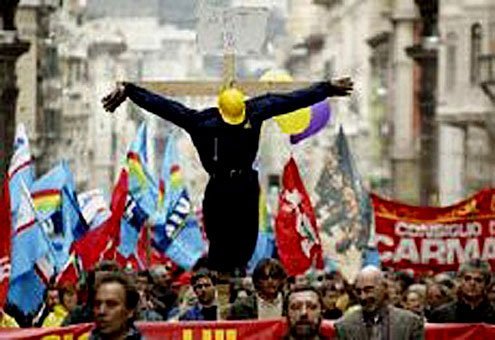 Development and growth are the real engines of a nation’s social and economic progress. Shut them down and goals die.
I

n the general context of the social woes that afflict the conduct of business in this age of uncertainty there’s one particularly noteworthy malaise: the glorification of impermanence It weighs down a business world increasingly burdened by instability and weakness. People and industries once considered bulwarks of the industrial and managerial landscape shift and shudder, rise and fall, with increasing suddenness.

The most prevalent response to this permanent precariousness is to dismiss strategic thinking and project-planning with comments such as, “Why bother, the world changes,” “Our plans have a maximum 24-hour shelf life,” etc. Planning surrenders to roll-of-the-dice hypermobility, to mercenary “loyalty” (based on stock options, golden parachutes), to temporary allegiances. Corporate normalcy encourages the whimsical decapitation of executives if management or shareholders change.

Providing managers with instant gratification and huge financial incentives (based largely on a response to chronic job instability) has become dogma in management schools and among globetrotting consultants.

Is this the right road? I’d like to propose a minority view, and a politically incorrect one.

Job shuttling and mega-pay are not the cure to what ails the business world. They are the cause. Far from rewarding shared ideals and belief in company goals, the big reward and quick promotion-oriented business culture only encourages self-interest and greed. It’s a managerial knee-jerk response to society’s progressive loss of its sense of responsibility. Companies may be complex but they are social creations, constructs based on shared experience, on a “culture” that, while at times tiresome and conservative, ensures the civil behavior of individuals toward the welfare of the whole. Make “transitory-ness” into a normal condition and you celebrate personal objectives and favor the sort of “purge and replace” mentality that’s been implicitly written into the canon of global business practice in recent years. The collapse of loyalty, in addition to creating ethical problems for some, all but eliminates a chance for a growth of values among shareholders, who are considered the linchpins of good in our time.

So what happens in practice?

Individual employees grow richer (stock options, buyouts, bonuses) and industries poorer, and by poorer I mean not only financially but in terms of overall strength, purpose, professionalism and growth.

Let me be clear: flexibility and the ability to react to marketplace variables are essential assets in the modern business world, They should be pursued vigorously and toughly. But the current school of managerial culture prized and applauded by financial analysts, consultants and business schools places little emphasis on intellectual growth. It celebrates a state of “the permanent extemporaneous,” in which you get decisions based on cosmetic choices and, usually, on short-term (and short-lived) image-making. It prizes decision-making based on the axiom “let’s do it just because it needs doing.” Constant changes in leadership are a premise, and this induces a compelling sense of aimlessness.

If this is what we should celebrate as efficient, as a miracle cure, it’s no wonder we get Enron and WorldCom.

Development and growth are the real engines of a nation’s social and economic progress. Shut them down and goals die. In their place comes a road show of analysts who don’t quarrel with incoherent corporate strategies, instead latching onto the next colorful CEO who promises blood, sweat and tears — only to quit six months later with a full-tank of severance pay.

Management is a practical, not a theoretical, enterprise. But practical effort devoid of coherent thinking is useless.

Years ago a smart boss told me that (in the work place) I should plant without worrying unduly about how much the harvest would yield. Today, that thinking is throttled into reverse: it’s harvest first and fast, and don’t ever thinking about planting anything.

We’re creating a class of nomad managers, who, once they’ve taken the local crops, drained the resources, and occupied the houses, making the land barren, move themselves and their riches toward other territories they can plunder.

This was the way it was on the planet for thousands of years. It represented primitive organization. Only when agriculture was developed — the arduous task of planting, the patient wait for growth to feed all, not just the few — were we able to build cities and civilization, and to make real progress as human beings.

— Claudio Cappon has been director general of RAI, Italian state television, from 2001 to 2002 and was named to the post again in 2006. He worked at IRI for two decades.

About the Author: Claudio Cappon