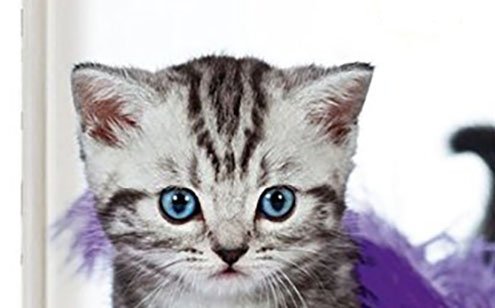 Don't even think about it…
W

ith the school year approaching, kids across Italy will be racing to their local cartoleria (office supply store) or combing Amazon Italy for the ultimate social tool: the diario. A diario is a specially designed agenda that Italian kids use to write down their homework assignments and keep track of school announcements. Italian public school life and the digital world have not yet announced their formal engagement.

As in all things pertaining to social status, there is a correct choice, and one that risks bringing about your downfall.

The first step is picking the right one. Sometimes cuteness doesn’t work in your favor. Has anyone at the age of 16 ruled the school while having a diario with kittens on the cover? I think not, so move on.

Monochrome makes for a very basic diario: the font is usually straightforward (like Calibri Light) and the cover is always a solid color. If you have this diario you fit one of three profiles: your mother bought it for you and you had no say; you bought it because you’re so utterly cool it’ll be a statement not a faux pas; you’re a secchione (nerd) and want something that might actually be useful for writing down homework. There’s fine line in this choice, so tread carefully.

Now comes the hard part. Are you a Smemoranda (arty) or a Comix person? If you said Smemoranda, congratulations, you picked correctly. Comix is normally what the class clown gets or the person who doesn’t have a sufficiently refined palate to tell the difference. In fact, both have comics, but the Smemoranda ones are better (this is serious stuff; diaries even have their own trailers). So-called Smemos also have stickers, articles on G-list celebrities, and a more fun font like Gill Sans Ultra Bold.

If you’ve made it this far, give yourself a pat on the back. You’re still in the running towards having friends in school. That is, if you also pick the correct color combination and size. Some colors you obviously don’t pick — like the exact one the cool girl has or the all black options, unless you’re a guy or Goth.

If you move quickly you can get the second coolest color before too many others get it. Wait too long and the quota per class for that color will be filled, so you picking it will seem like a sadly transparent effort to be popular. In other words, you’re eliminated. What you should have done was picked the third color.

Next comes size. Some years it’s best to have the smallest version because it says: “I’m so cool I don’t care enough about school to get a size I can write more than one assignment in.” Other years the oversized version is the friend-maker. What you don’t want to do is mix up size years because that’s another way of showing you’re trying too hard and ensuring social death.

On a side note, when we were younger, the most popular diaries paralleled the most popular television cartoons. So, picking the wrong cartoon diario not only killed off your social chances in school, but also suggested what cartoons one could expect to watch in your home, a very serious issue for me since I barely ever watched TV. The “sticker quotient” was also important. The more stickers your diario had, the higher the quality.

Now that you’ve picked the right diario, what’s next? Well, you absolutely do not want to run out of stickers before the end of the school year. You also need to check whether this year it’s cool for the cover of your diario to be clear or whether it’s better that it be covered in stickers and with writing. But that’s easy compared to the most delicate part of having a diario, the dediche (dedications). Basically, the dediche is a page reserved for compliments along with stickers and colored penstrokes (if it’s cool to have colored pens this year).

It’s all about hierarchy. The person a social rung below you wants you to write one in their diario so that they’re legitimate. To get this, they’ll write a dedica in your diario. If you like their dedica enough, you’ll return the favor but only a few days later. You’ve now officially become their leader and the key to their social ascent, so make sure they don’t go over your head. But just as they want your dedica, you want the cool girl’s dedica. So you hope that she hears how good the dedica to your underling was. If she does and you’ve got what it takes, the cool girl will ask you to write one for her. I don’t have to tell you that a bad dedica is social suicide. But if you somehow write a good one, in a week or so, the cool girl will casually take your diario and write you one.

If you successfully navigate all this, congratulations are in order. It’s the blueprint for how to be cool in Italy for the rest of your life. But if you picked wrong, I don’t want to be seen speaking to you.