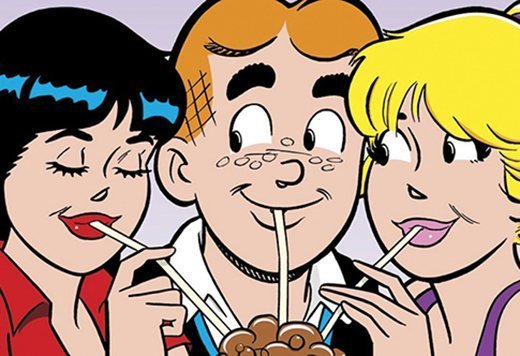 In another era, too much sugar or gluten took a back seat.
F

or the biblical Three Kings, the January epiphany represented the spreading of one religion’s good news. News that was big enough to push the word itself into modern language as a sense of deep personal revelation. In fact, New Year’s resolutions grew out of just that kind of drama.

This year, my own eureka has taken the form of a critical look at some of the food advice I spent much of last year preaching.

“Advice” may be too soft a word. Opinions and prejudices might be a better fit.

This, after all, is the time of year when the new is supposed to replace the old, so why not take the time to rid myself of bias, or try.

Now comes the owning up.

I admit it, many times in 2018 I used this space to scorn gluten-avoiders. Just eat, I told them.

But strong opinions usually stem from personal experience and I’m no different. I spent years as a serious baker and bakery owner. My days began and ended with dough. To me, bread was king, the stuff of life. It still is, of course, but in my diet, and my choices certainly don’t speak for the world and I don’t want to meddle in other people’s preferences.

So, from now on I’ll try to zip my lips when conversing with those who want no part of the G-word.

From now on I’ll try to zip my lips when conversing with those who want no part of the G-word.

This leads me to sugar, trans-fat and eating baby animals, all of which have at one time or another come in for a thorough bashing.

From now on, mum’s the word.

If only it ended there, but it doesn’t. And this is where my hands-off resolutions end and questions begin.

For example, how is it that a darling Italian teenaged cook I know, who makes a mean potato dish with olive oil and basil, openly resist — of all things — parmesan? For all my newfound restraint, this seems to me sacrilegious. Another young Italian I know diligently fishes out tomato peels and seeds from the pasta sauce so they won’t contaminate the spaghetti.

I know, it’s none of my business, except when I’m the cook.

That’s when resolutions go out the window.

I have no intention of denuding my sweet and lovely homegrown San Marzano tomatoes to suit anyone’s preferences.

My kitchen, my rules: deal with it.

On the more subversive side, I recommend you avoid asking anyone what they can or cannot eat when planning a dinner party. Just throw the ham hock and sausage into your Texas black-eyed peas (or lentils) and hope no one asks for details — or nimbly change the subject.

If guests announce they don’t eat meat, use stealth: while talking about the weather, try pushing the ham and sausage as deep as possible into the pot. Then skim only the peas into a bowl filled with fresh buttermilk cornbread cubes — and pray no one announces they’re lactose intolerant or allergic to butter.

In the end, though, I’m probably as guilty as any of them. My aversion to cooking with green bell peppers is practically psychotic. And did I mention sprouted garlic or artificial whipped cream? Probably not.

I did once accept a host’s dessert of toasted pecans, sugar, crushed Ritz Crackers — and Cool Whip. No regrets there. In fact, it gave a new perspective of Cool Whip, which by itself qualifies as a revelation and epiphany combined.

At the time I ate the dessert, I had no idea what was in it, another argument for eating what’s put in front of you. That mysterious and amazing sweet bent my rigid views on how a dessert should be made. And “rigid” is another good word to know when to leave behind, whether the subject is food or character.

If only resolutions — even the most sincere — ever made it past February, which they rarely do.