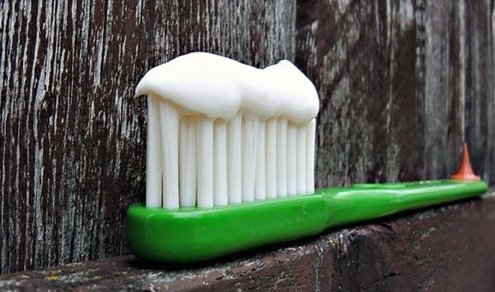 The subtle crawl toward coexistence ...
D

aniela pulled the tangled, wet wash from the machine and gathered it into a ball, folding herself in half to keep it together as she rushed to hang it all on the drying rack down the hall. Despite her efforts, socks and underwear fell to the floor. Retracing her steps to the kitchen, she gathered the holey, once-white men’s cotton briefs sitting in a sad bunch on the floor. A few feet away, a long, ribbed black sock. And another.

Not that she minded tossing anyone else’s clothing in with her own — and those socks were in dire need of a wash, even upstairs neighbors could have smelled them—but she had to wonder how it was that after only two months their underpants were sharing a drying rack. And worse, said underpants consisted of a frayed red cotton thong and holey briefs. Shouldn’t they have been lacy? New at the very least?

Their toothbrushes stood together in a mildewed Naples souvenir mug, their bristles face to face, as if kissing, and their shoes lay in a heap at the door. After two months she’d begun buying milk and heating it in the morning with coffee. She’d stopping cooking with garlic because it made him sick. In just two months, her domestic habits had shifted rather radically. The oddest part of all was that it all seemed quite normal. Whatever that means.

Samuele and Daniela almost kissed one night by pure misunderstanding. At least Daniela is still convinced that she meant nothing more by her invitation to listen to a rare Bob Marley recording that first night at the end of October.

Summer still hung in the air, and as they hurried across the crowded street, and up the stairs to her apartment, their breath, wine-scented, came out in humid little puffs. She disappeared into the living room to find the record, thrilled that someone would finally appreciate, not simply tolerate the scratchy, muted sound. That was its charm, she said.

Samuele agreed, and as she turned to raise the volume, he grabbed her from behind, spun her to him, and with his hands firmly planted on her back, he kissed her hard and fast. He stepped back and smiled. She stepped to the side and yelped,

“That wasn’t supposed to happen!”

“I thought you came up for the music.”

“Only for the music?”

She sent him away, angry and blushing, though it was hard to see in the night light.

A week later they attended a wine tasting. She had free passes and no company. He had no plans. They walked the 20 or so minutes and stopped for a few proseccos, just to get warmed up. Hours later, rubbery legged and giggling, they headed home. He asked if he could crash on her couch — no expectations, no stolen kisses — driving home was simply out of the question.

She loaned him a tracksuit and lay down beside him on her bed. They were both snoring fast, and awoke in good humor, and surprisingly without a headache.

Another week passed and another wine tasting brought them together again. This time she lent him a pair of boy-cut shorts to sleep in, but they both woke up naked and a little embarrassed. They pulled the sheet to their chins, and got up with their backs to one another. He helped himself to coffee, jumped in the shower, and borrowed a pair of her socks.

A few nights later he showed up with a plastic shopping bag. In it were a toothbrush, a tee-shirt, and the first pair of holey, nearly translucent cotton briefs that she would toss in with her own delicate cycle.

Neither one of them made any move to blockade their subtle crawl toward coexistence until their first fight, when in a dramatic — if silent — act he gathered up everything he could find and jammed it into the plastic shopping bag it came in. The bag had remained crumpled under a few pairs of their jeans on her couch.

A week later, the bag was back. And he’d bought toothpaste. She washed the whole lot, remarking that it was the smell that drove her to it. And as she hung up their socks it didn’t frighten her.