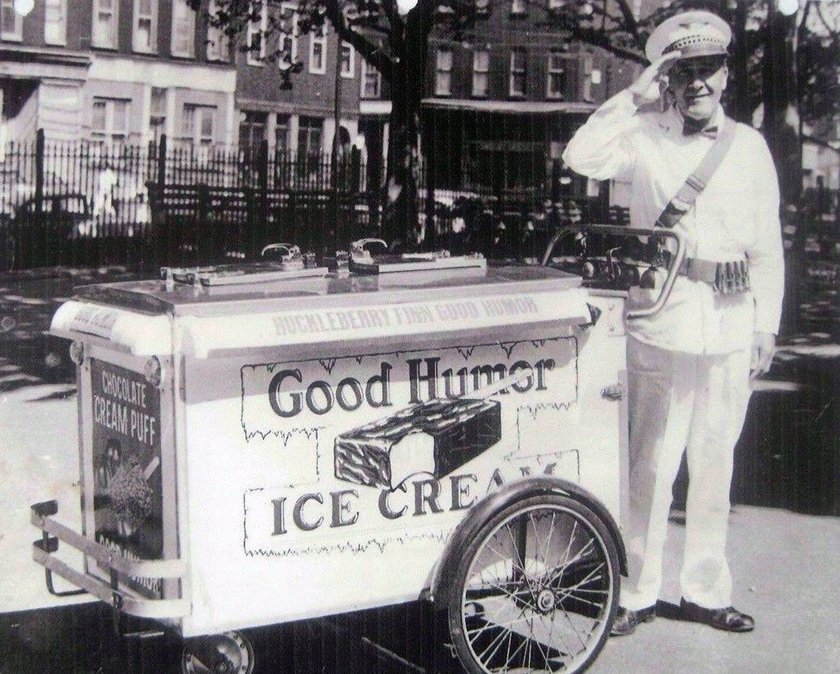 Not a perfect world by far, but one worth appreciating...
I

t was in our  seventh-grade English class that the late and great Father Joe McNally, our fiery  teacher, one day hoisted his right fist and shhok his knuckles at the lot of us, his thirty-odd students, as if he’d just received a communique from God Almighty himseelf.  “Don’t you boys ever write in the first person, not if you’re doing serious work, if any of you ever gets around to that.”

Well, what follows is serious work, or it feels serious, and yet, God forgive me, I have no choice but to fall back on the dreaded first person. Maybe you’ll understand why along the way.

I am 72 years old. I had a father who was crippled in a German mine during World War II, a grandfather who was in the military in World War I, and my own life covers the Korean War, Vietnam, and two Gulf wars. I have witnessed extreme suffering of other kinds, also. The 2oth was a rough century in all sorts of ways.

Let’s put aside war. There was Joe McCarthy’s life-wreaking anti-communist witch hunt, the ongoing nuclear menace (in 1960, the Soviets detonated an open-air H-Bomb capable of leveling any small state), the 10-minutes-from-doomsday Cuban Missile Crisis, the later murders of John and Bobby Kennedy, and of Martin Luther King. Racist George Wallace was shot. Richard Nixon had to leave office for engaging in corruption so blatant even conservatives were aghast. When oil ran low as a result of a 1970 embargo, people shot at one other in gas lines.

Folks, it’s a long and unhappy list. You want disease? Okay: chemo was still primitive in the seventies, meaning a lot more people with cancer had no chance at all. TB was still killing three million a year globally. Diseases caused by mass starvation put African child life expectancy at less than a year in certain parts of the continent. Various influenza and bacterial strains usually cost between one and four million lives a year in India and Indonesia combined. How do I know this? I once worked for UNICEF.

Why am I going on in this vein? Here’s why.

Truth is, there is no such thing as a hunky-dory planet. Never has been, never will be.

We are living in one of the most prosperous times in human history. Middle classes that didn’t exist in Eastern Europe and elsewhere under communism are now the norm. Few in the developed world are starving to death — though, and let this be very clear, the deep turmoil posed by rising income disparity, migration, xenophobia, and restraint-proof partisan hatred remain all too alive.

Truth is, there is no such thing as a hunky-dory planet. Never has been, never will be.

Still, war in world war terms has all but disappeared. The nervous state of anxiety that dominated that era is gone, and so is the terrifying nuclear threat. Wars these days are limited and often carried out using surrogate means, like drones. For most of the world — except for Iraq, Afghanistan, and the impact of Islamic terrorism (now waning) — this has been a time of remarkable peace.

All this said, a great many intelligent adults of all cultural and political backgrounds are filled with uncertainty, if not dread, about what the future holds.

Even before the COVID virus, worries about climate change grew to reach a fever pitch, so that advocates of swift greening felt at ease warning the world might literally begin to come apart at the seams within half-a-century unless action was taken.

I can understand fear as a motivator and don’t take issue with it when used sanely.

But then came the virus. Suddenly, otherwise sane leaders took to shutting down the world as if the apocalypse sat waiting around the corner. The virus grabbed TV and web headlines and grew into a monster, an outsized menace intent (as if a virus had an evil mind) to decimate humanity. Add this to climate change, and everyone has contracted a kind of mental fear flu.

Since this dangerous — but not world-ending — virus upended travel, culture, and personal exchanges, the result decimated any sense of peace in peacetime. The word war came up often. It was “war against the virus” or “like war.”

No one wanted to hear that. Not a single world leader gave a landmark speech attempting to put the reversals caused by the virus into perspective. No. Instead, they put the virus together with climate change to suggest a mood some might interpret as one of impending doom, a beware-or-else mood, a paralyzing, show stopping mood that in two years has undone what it took 30 years of post-communism to accomplish, namely a functional if occasionally edgy global society in which most nations (not all) got along and people traveled hither and yon in ways they never had before.

Do I deny the virus? Not for a second. Do I believe climate change is fake? Not for a nanosecond.

All that I’m saying — with apologies to Father McNally — is that the human tendency to spread news, and the media’s tendency to spread bad news (and call everything unprecedented) has become the war-style “reversal” of our otherwise peaceful time.

Maybe humans need such reversals to then seek fixes and readdress. That I do not know, and I am too old to believe I ever will.

I will tell you very sincerely that those who stare you down and say, with ominousness aforethought, that the world has changed forever and that all is now in flux for the worse know nothing about where the planet has been and the lows it has reached over the last 120 years.

I have left out the Holocaust because in a way it is almost too obvious, too hideous.

I ask again: by what right do men and women of my age, who should know better, insist that all that is terribly wrong? How can the young, in turn, not flip back through recent history and say to themselves, “Sure, all this is scary, but look at what happened in the 20th century!”

We suffered the Depression, the Holocaust, Separate but Equal policies until the mid-1950s, and not the slightest open-mindedness toward matters of gender and LGBTQ until a few decades ago.

This is, and was, a global virus. There have been thousands over history, most far more lethal because nothing existed to block them. Here, in a year, a vaccine emerged, imperfect but present. No chance of that in 1960 or even 1980. Read my lips: no chance.

Climate change. Yes, clearly man has, in his hyper-industrial zeal, gone about doing extreme damage to the environment, and some of that damage-doing must stop, and quickly. At the same time the planet has shown over millennia and far longer that it’s capable of climate change with no assistance from man’s bad behavior. Go talk to T-Rex. Chat with a saber-tooth tiger. Check out the species that vanished before man even got the chance to be mean.

Those who say that the world has changed forever and that all is now in flux for the worse know nothing about where the planet has been.

What was it John Lennon sang, and was laughed for? “All we are saying, is give peace a chance…” After which a super fan shot him dead in Manhattan.

Maybe the world’s aging population (my age and older) just doesn’t want to die, let alone accept mortality as part of life’s gig, and that’s why we’re in a funk. I’m not Pollyanna’s son, either. My spine was shattered in a car crash decades ago and my Ferrari is a wheelchair. So, I’m not whining or pretending all is fine.

But it’s a whole hell of a lot better than mass media and some social media — wedded to Force 5 hurricanes — would have you believe.

Perception is everything — that’s the rub. How you sell things is what makes them cool, and Andy Warhol got that. He coined the 15 minutes of fame quip.

The virus’s 15 minutes should have run out by now, and fixing climate change should be a challenge, not a reason to warn teens the world may be without food or water in 50 years.

Once upon a time, nations invented the idea of morale and built huge armies to make themselves feel better about their own safety. The days of  giant warring armies are gone. So are the days in which a dozen lethal diseases circulated freely, no cure in sight and no hospitals to take in the sick. Yet we swear by just the kind of panic FDR tried so hard to quell when he told Deepression citizens, “You have nothing to fear but fear itself.”

Nowadays it can feel like fear and fear alone is what makes us tick and what headline-makers live for. Fearing fear has become something of a habit, making life into a process of living from alert to alert, hand-wringing without end. Which is no way to way be alive.

I worry that unless this version of humanity, this 2.0-styled human, figures out soon that he’s in fact lucky to be living in these times — times he is encouraging a sickness to undo — he is destined to lead a sad, anxious, and anti-depressant filled life. No Good Humor truck in the wings. I see that prospect on the horizon even more vividly than I can imagine the Arctic melting down. I feel like we’re locking down the energy and passion that makes life’s journey worthwhile. All this because we can’t get enough of being afraid and sharing that fear with others. I feel like we’re suckers for the bad news that ruins hope and optimism and makes us worry that a simple sneeze might be the start of some personal health apocalypse..