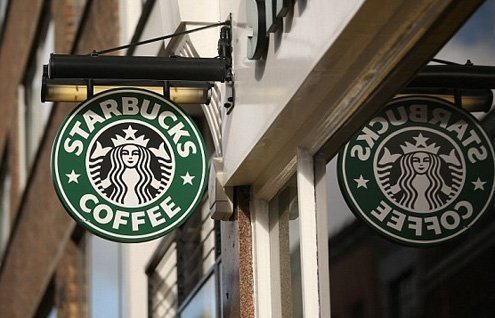 Starbucks is apparently in talks to open its first Italian outlet.
S

tarbucks is apparently talking to an Italian businessman about opening an outlet in Milan, Rome’s chicer, northern cousin. If the deal goes through, which seems likely, it will be the first Starbucks franchise on Italian soil, a prospect that has elicited a flurry of discontent on Twitter, blogs, and other social media.

Strangely enough, it’s not the Italians who seem startled if not angry, it’s Italy’s expat community. “A sad day is upon us,” wrote one friend on her Facebook feed, spicing up her comments with a spray of frowning emoticons followed by a link to the BBC news story about the negotiations. Another expat wrote a dramatic if ominous haiku: “The end of the world is coming/Starbucks in Italy, kill me now.” When I told my sister, another foreigner living in Rome, her response was a curt yet forceful syllable: ew. I have to say I agreed with her. The thought of my blessed, 90-euro cent daily cappuccino being replaced with an overpriced, slightly watery concoction simmering in Styrofoam is unsettling.

But my Italian friends and acquaintances are delighted at the thought. “Che bello!” trilled a colleague. In a city hailed for antiquity, what’s wrong with a bit of modernity? There was a look of triumph in the arch of her back as she eagerly told me of Milan’s potential novità. For her, Starbucks is a gluttonous luxury (the chocolate-y muffins! The cake pops!) to be indulged while vacationing in Paris and London, which she has.

“God forbid Rome do anything new and exciting,” she added. “We’re expected to just live off the beauty of a sunset over St. Peter’s.” Since Rome has never been mentioned by Starbucks, her comment came off as a glum sigh.

If the Italian response ranges from the indifferent to the pleased, what’s perturbing the expats? After all, it’s not even American culture or traditions that are potentially being subjected to compromise. Maybe it’s because we’re afraid expertly made Italian caffè will disappear amidst Starbucks’s hazelnut/caramel/pumpkin-spiced coffees. Or perhaps the idea disrupts the image of Italy so many transplants have constructed and nourished — Italy as Mecca for seasonal, GMO-less vegetables, as a place where milk and yogurt are purchased from small family-run stores, where loaves of fresh bread are picked up at the neighborhood forno.

Among the perks of living here, I explained to my office mate, is reveling in the success of these small businesses. I buy my Parmesan from a tiny, hole-in-the-wall lattoteca run by a married couple. On the wall are photographs of the cows that live on their farm, robust animals grazing in a lush green field. I get my biscotti at a fourth generation family-owned bakery whose oven dates back to the 1950s.

I like the idea that my business means they can keep going, persevering in a world where Nabisco, Nestlé and Nike reign supreme. These homegrown businesses are rare if non-existent in my home state of Rhode Island, replaced long ago by Stop&Shop and Target. It’s an element of Italian life I brag about at home. I’m proud of it. In part, it even justifies my choice to live here. I may be 5,000 miles from home but my cheese comes from happy cows, goddammit!

My colleague listened to my rant and then looked at me, dubious. “Do you really think I have time with a nine-to-five job and a kid at home to drive from place to place and pick up mackerel from the fishmonger and then get potatoes from Pina, the potato lady?”

She’s right, of course. I may go to quaint, local stores, but many Romans have chosen the convenience of supermarkets and malls. Italy isn’t immune to change, no matter how slow it is to arrive, and it is. The Italy my dad remembers 15 years ago is different from now. Even the Italy I knew five years ago has changed. Walking down a small street in the Trastevere neighborhood, I recently stumbled upon two newly opened chains. One promised toast anyway you wanted. The other served up crisp French fries in a paper cone, advertised with a flashy poster.

“But if Starbucks opens in Rome,” I asked my colleague, “won’t it eventually replace Italian coffee and breakfast bars?”

She snorted. “Ha! I’d never drink that crap everyday. Just once in awhile.”

Good point. Ben and Jerry’s opened Italian outlets in 2011 but they flopped. Domino’s pizza just started a Milan franchise, future uncertain. Which means the fate of Starbucks in il bel paese — if it makes it — remains wide open.