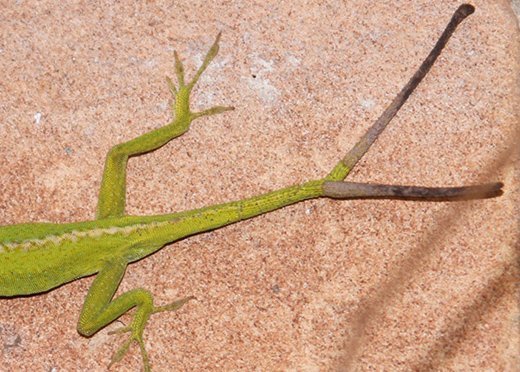 No such thing as "nothing happening" in a coffee shop, especially amid long legs.
W

hen people ask me to account for how I pass the hours as an aspiring young actress in Los Angeles, my honest answer is that I spend many of them poking around coffee shops with what might qualify as a glazed-over look.

This does not always go over well. “So you do nothing? You just stare into space?”

Well, yes. But I’m not doing nothing. I am doing something. That something is observing, much the way a dog observes the peculiar humans around him.

Look over there. Oh great.

The guy next to me just lifted his arm and is scratching his armpit. I suppose the fact that he’s doing it over his shirt makes it a bit better. He finally puts his arm down and is now chatting with the person beside him. He’s asking how to edit out a passage in his book in which the lead character meets his romantic interest. The person says the passage needs perspective, in the spirit of Michelangelo, who invented it. What’s unclear is whether these two are speaking literally or metaphorically, since Michelangelo was never a best-selling author.

If I were a different person I’d jump in and note that it was actually Brunelleschi who’s credited for applying the concept of perspective.

I decide to change seats and refocus on writing a to-do list (dogs do not do this), but I accidentally kick the feet of the person seated across from me. Our eyes meet and I mutter an apology, which he accepts.

As if redeemed, I grab my highlighter and highlight “To-Do.” This, I think to myself, is adequate progress. I notice a man outside the shop putting his things in a little pile on one of the tables as a way of marking his spot. Then he comes in for coffee. That’s brave. Leaving his things unattended with only a little sunken garden separating the shop space from a very public street. I guess that means I’ll probably have to step in should someone try to steal whatever it is — a black lunchbox? A briefcase? If someone comes, I’ll bolt from my seat, open the door, leap onto the concrete ledge, and grab the interloper by the scuff. I lay in waiting, like most bored superheroes. Someone heads over to the belongings but leaves. Another person approaches and my muscles tense — but they, too, shuffle away. Well, isn’t that odd. Here I am, worried for a man’s iPad case (maybe?) but there’s no one to steal it.

Unlike free-roaming mammals that like knowing what it is they’re after, humans — protective or terrified, or both — are often frozen in their tracks by things like seemingly abandoned belongings. Maybe danger lurks within, threatening havoc (not something a bear, say. Would worry too much about while roaming through a campground). My fear for the safety of others is needless.

Now she’s looking around for something. There it is: her chihuahua in a pink leather harness. You can’t make this stuff up.

Back, then, to my list. What do I have to do today? Might as well pay rent. Wait. There’s a girl in terry cloth hot pants about to sit in that chair. If only she knew that a baby spat up on it 20 minutes ago. Now she’s looking around for something. There it is: her chihuahua in a pink leather harness. You can’t make this stuff up. Why, I wonder, is the dog loose? I’m not worried for the patron’s safety, but rather the dog’s. Someone’s bound to step on it, and this girl looks like she’s sued for much less. Yes, I know I’m being judgmental. Maybe what she’s jotting down on her rhinestone-encrusted phone are some brilliant additions to her dissertation on molecular structure. I mean it. I’m in Los Angles, remember.

The clack of her fake nails on the door reminds me that I should go and get my nails done. I shift in my chair, determined to actually start listing things. The back of the chair is digging into my ribs, which is frustrating because this morning I’d finally opened them up after an hour of fallen triangles, locust poses, and twisted runner’s lunges.

I again hit the foot of the person across from me. Another meek apology to… ‘Nick’— his cup reads. Nick. Who is Nick? Let’s round him out. He has a lot of cups, to start. One contains ice water. He also has a water bottle with water in it, a grande cappuccino with skim milk and extra foam, and a reusable cup with hot coffee. There’s also light roast. He wears a Green Packer’s hat, which means he’s from…. I have no idea. I look down and I realize my feet are directly under my chair, and the only reason I keep hitting Nick’s feet is that he’s got his lizard-tail legs stretched out to the edge of my chair. And I’m taller than he is! Lizards regenerate their tails, lengthen, molt. How outrageous. Is Nick a reptile? Mentally, I take back my apologies.

What does this hour in the life prove? That “nothing” isn’t the word for what I’m doing. I’m doing quite a bit. I am expressing emotions, including annoyance, fear, self-involvement, guilt, annoyance again, which means I’ll be incredibly prepared for my role of “Girl in Coffee Shop,” the movie social anthropologists, rhinestone cravers, and clumsy men the world over have been priming to see.