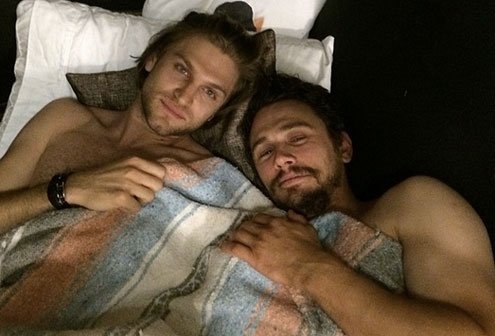 ax and I peel off our swimsuits and walk into the steam room. Max is my straight swim buddy. We lie down beside each other.

“I can hardly move it and I’ve got to go to work after this.”

“Roll over and let me see if I can loosen it up,” I tell him. He turns over on his stomach and I gently knead his shoulder blades.

“No keep going. I need some coccole.”

The Italian word coccole is often used to refer to pampering, cuddling, or just the act of being affectionate with someone. Like many Mediterranean countries, Italy has always had a relaxed attitude toward same-sex physical contact. Men have a long tradition of kissing each other. Older men, particularly in the Italian south, still lock arms when they walk together. While affectionate physical contact between men is commonly accepted, homosexuality remains taboo.

As the gay movement became part of the media discourse in the 1970s and 1980s, Italy and other Western countries grew increasingly aware of homosexuality. In 1975, much praised but controversial director Pier-Paolo Pasolini was murdered on a Rome beach in what was seen as a homophobic attack. Many men sought to distance themselves from homophobic backlash and adopted a macho, no-physical-contact-between-men attitude (unless the contact was aggressive or tied to sports).

Today, many young Italian men build their concepts of masculinity — including gestures, voice tones and attitudes — from the belligerent and homophobic presentations contained in the American gangster rap videos they adore. Bullying and homophobic attacks still plague Italy as they do many other European countries.

Overall, however, a more positive attitude may be emerging. Italian young men seem increasingly less determined to “defend” their heterosexual image. It’s common to see them dancing in groups or together in clubs and discos, suggesting a general shift in male heterosexual behavior and attitudes.

Nino, our 30-year-old straight friend, recently rolled into our Lago Maggiore house at about 4 a.m. after his usual tour of the Milan clubs. It was a cold and rainy Sunday afternoon. We’d just finished lunch, grabbed three bottles of beer, and headed up to the attic television room. While Nino connected the memory key, Alberto and I got comfortable on the futon bed. Nino complained there was no room left for him, so he wedged himself between us. We briefly readjusted positions and a renegotiated pillow allotment. Nino warned that lunch had given him gas. After a few mild death threats, we settled in to watch the latest Vin Diesel movie.

Many young heterosexual men like Nino appear increasingly willing to cuddle with their buds, in some cases even spooning.

“Look,” Nino explained, “girls have always gave each other coccole. It’s just now that boys are starting to do the same.” The trend isn’t just in touchy-feely countries like Italy, but also in the most unlikely of places, England.

The March issue of Men and Masculinities contained a survey of 40 18 and 19-year-old white, middle-income British male college athletes. More than 90 percent of them, 93 percent in fact, said they enjoyed cuddling with or spooning with male friends on a regular basis. The authors said the figures suggested a substantive change in the concept of masculinity and social relations between men in which “homosocial” behavior was becoming more acceptable among younger heterosexual friends. “[The younger men] don’t realize this is something that older men would find shocking,” said study co-author and sociologist Mark McCormack. “It’s older generations that think men cuddling is taboo.”

One student interviewed as part of the study explained that a quick cuddle or hug, especially during tense moments — before a competition, for example — let him know his friends were there for him.

So far, the coccole phenomenon seems restricted to Europe, where even macho rugby players openly embrace, cuddle and caress each another as part of celebratory gestures. It might take the United States longer to pick up on the trend, since American heterosexual males are far less comfortable with each other’s bodies. My own sense is that the increased recognition of gay rights will see the coccole “epidemic” spread across the Atlantic, one state at a time, probably beginning in Massachusetts, and eventually taking the country by storm.

McCormack agrees. Though he says British men “are more advanced than American men” in expressing same-sex behavior, he believes that’s likely to change when they “realize the benefits” of sharing the love, and, of course, the coccole.