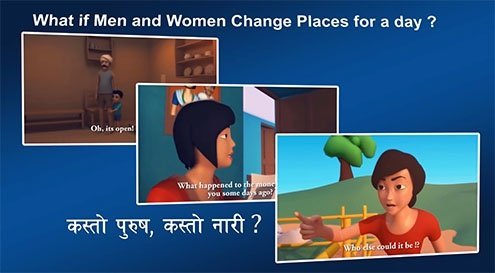 For Kristof, the acquiring of gender equality would rival the push against slavery in the 1800s and the defeat of totalitarianism a century ago.

Though contemporary social, economic and political challenges are too many to count and can’t be categorized in terms of importance, Kristof has a point. While controlling poverty, implementing economic growth and striving create a commitment to peace — just to name a few — are goals whose achievement would be welcomed, at least in general terms, by local populations, gender equality can be considerably more controversial.

Traditional gender roles are embedded in many cultural systems through a set of norms and regulations often seen as fundamental pieces of social structure. Masculine roles are often associated with ruling and decision-making, while feminine ones tend to be more passive and subordinated. In fairness, the interpretation of the words passivity and subordination can open a separate debate.

But what’s become clear time and again at a global level is that gender inequality hinders the achievement of basic goals, including economic growth, the spread of quality education, and the creation of a dynamic workplace. If a substantial portion of the population —in this case women — is excluded from opportunities or has limited access to them, the damage isn’t limited to their gender. Instead, it affects the whole of society.

Gender equality is an enormous challenge. Working to guarantee a level playing field for all means avoiding cultural imposition and ethnocentrism. It’s difficult, yes, but not impossible. Recent efforts by the United Nations Development Program’s Innovation Facility have shown that merging a passion for sustainable development and technology can yield notable results.

Beginning in 2014, UNDP conducted a social experiment in Nepal, where gender violence is widespread — police there recently cited “a manifold increase” in violence against women since 2011. In Nepal, patriarchal norms allow gender inequality to flourish.

The UNDP’s innovative approach was to introduce the theme of gender-based violence in schools while at the same time working to deconstruct gender roles. Teaming with the Noah’s Ark animation company and the University of Chicago Gaming Lab, it developed a Facebook app with short animated videos portraying various forms of gender-related violence, but with reversed gender roles. The victims became men. The game targeted eight-to-12 year olds in the Kathmandu valley. Through metacognitive activities, children were asked to reflect on traditional gender roles and consider what might be more constructive gender relations. The videos were followed by a quiz that tested the game’s effectiveness. Thousands of young Nepali children watched the videos and participated in online and direct debates. More than 85 percent of the participants said they would change their behavior in gender relations. The next year, the initiative was expanded to include a “find your way out” board game to reach children and adolescents with limited digital access.

What’s innovative about this method is how it combines an imposition-free approach with technology to encourage a reasoned look at gender roles among new generations. It works toward gender equality while at the same time showing an awareness of gender constructs and sensitivity toward gender roles as they exist in certain societies. Talk about changing the world. Some say it’s utopia. I say it is not.