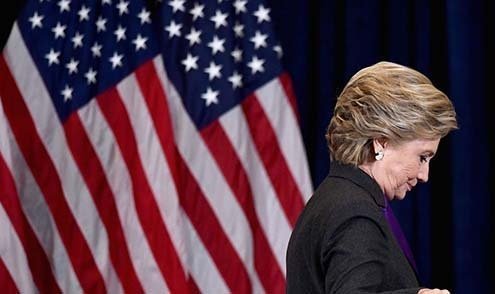 Clinton: "I still believe in America, and I always will. And if you do, then we must accept this result and then look to the future."
I

’ve never been one to hold an artist’s personal transgressions against their art. The same goes for actors, musicians and sports figures. We’re all complex beings. It’s wrongheaded to suggest one artist’s work deserves higher esteem based on an exemplary life.

Paolo Picasso is adored for his work yet famous for his disrespect for women, though he depended on his many muses. Poet Ezra Pound holds huge literary respect and esteem in spite of a widespread belief he was an anti-Semite. Merle Haggard and Chuck Berry both did hard time as did Robert Downey, Jr. O.J. Simpson, a sublime athlete, is still in the slammer. Yet I can still appreciate their gifts without their transgressions nagging at me.

Ours would be a diminished culture if it failed to appreciate artists with tainted life resumes.

I now feel the same about the “art” of Hillary Clinton’s political life.

Though I’ve never understood the hatred she provokes, I’ve criticized her