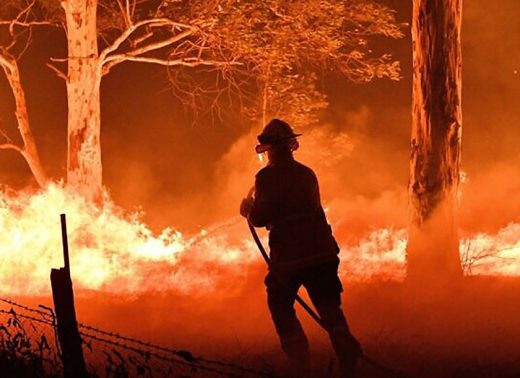 The fast-spreading wildfires, which began in the Australian spring, were another stark reminder of the potency of climate change and the emergencies that may lie in store.
T

he wildfires that have raged for months in spring and summertime Australia are teaching the world some timely lessons in climate change, forest management, conservation, and modern firefighting techniques. But the pertinence of these lessons in terms of national security may be even more profound, though far less appreciated.

By now, we have all been exposed to images and headlines generated by the devastating fires. We’ve watched wildlife struggle to survive and seen millions of acres of charred landscape. We’ve witnessed the effect of smoke damage, not only in choked Australian cities but also elsewhere around the world. While recent downpours have brought the situation under control, Australia is destined to pay a high price for the lengthy emergency.

Largely missing from the media focus (and little-reported outside Australia) has been the extent to which firefighting has affected the Australian military.

Like most armed forces in modern developed nations, the Australian units are trained to respond to disasters and provide humanitarian assistance. The military is often called upon to apply these skills at home and abroad. 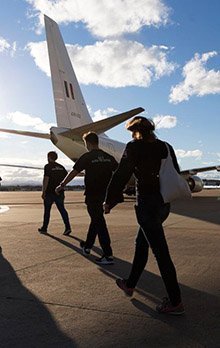 According to Canberra’s official history of humanitarian operations, the Australian military’s role in relief work dates back to at least 1918, when a Navy vessel transported medical supplies and personnel to Tonga and Fiji after an outbreak of influenza. Similarly, the military sent emergency food, medical supplies, and army engineers to what is now Vanuatu following a devastating cyclone in 1960. Since then, in addition to domestic intervention, Australia’s armed forces have responded to appeals for help from Pakistan, Iran, Cambodia, Thailand, and Indonesia. Australia acted particularly swiftly in responding to regional pleas for help after the December 2004 earthquake and tsunami off the coast of Thailand and Indonesia.

Consistent with this rich history, the military was called to combat the wildfires. The difference this time around was the unprecedented scale of its involvement, which was the largest in Australia’s domestic history.

In January 2020, as firefighters continued to struggle to tame the blazes, the government authorized the largest humanitarian mobilization and deployment of troops since World War II. News reports suggested that at least 3,000 army reservists had been called up to supplement 3,500 active-duty forces, army helicopters were in use to transport material and evacuees, and naval vessels dispatched to help. “It is the first time that reserves have been called out in this way in living memory,” noted Defense Minister Linda Reynolds.

Though the move was both smart and necessary, it begged the larger question of the country’s military readiness. The troops involved in fire relief represent almost 10 percent of Australia’s total fighting force, including those on active duty and reservists. Of the three naval vessels deployed, one was Australia’s only landing transport ship. The second was one of only two helicopter-carrying assault vessels, and the third a ship normally used as a training vessel. These are significant resources to divert to a non-military domestic crisis.

East Asia security specialist Steven Stashwick, writing recently in “The Diplomat,” noted that the assets used during the fire emergency would normally be intended for use in wartime. They’d be used to land troops and equipment and provide logistical and air support. Every day they’re deployed to wildfire relief efforts is another day they are not available for defense-related purposes. As the Australian military is at present involved in over a dozen ongoing military operations around the world, it’s a safe bet that the wildfires did military readiness no favors. Yet Australia is fortunate. It has few international adversaries. But if it did, enemy strategists would consider this moment to be the nation’s most vulnerable. If hypothetically forced into war right now, it would have a hard time responding to military aggression. 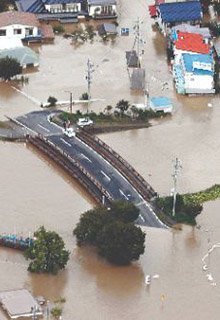 Thankfully, the worst of the fire emergency is over. The blazes have abated and Australia will soon edge into autumn. As the crisis winds down, the military will also return to its normal state of operational readiness.

Unfortunately, this is not the end of the story. Scientists predict that climate change will only worsen in the coming years, provoking more frequent and intense domestic wildfires. Which means that over time military deployments of the kind seen in recent months could become an annual norm. Worse still, the fires could become perpetual.

Such a situation is not sustainable. John Baxland, a professor at the Strategic and Defense Studies Center at the Australian National University recently told the “New York Times” that the Australian military lacked the staff to handle a climate crisis. “If this is the new normal,” he cautioned, “then that model is broken.” In the coming years, Australia will have to grapple with how to deal with the effects of climate change while also maintain consistency in its national security. As these months have shown, both are national priorities.

On a larger scale, the events in Australia should serve as a caution to other major developed nations, including the United States. Climate change will affect us all. The examples are myriad. Europe was confronted with its own set of damaging wildfires in 2018 and 2019, Hurricane Michael (one of many recent and lethal storms) churned through Florida in 2018, and Japan is still dealing with fallout from massive typhoon-induced flooding.

Climate change is ongoing and natural disasters will increase in frequency and severity. The role of the militaries of powerful countries in relief efforts, both at home and in the developing world, will certainly grow as a result. If the developed world, particularly the United States, wishes to maintain its long-existing standards of national security and military readiness without massively increasing defense spending it would do well to begin to factor in the sweeping demands of climate change.

Failing to do so tempts an impossible fate: having to choose between defending against foreign aggression and natural calamity.