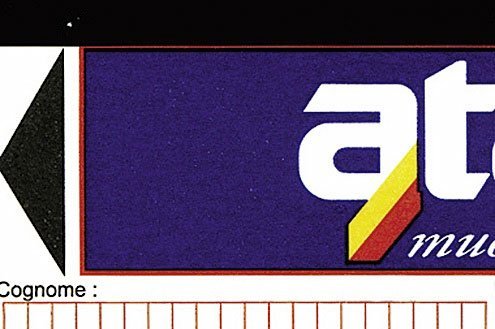 But do you really need it?
W

hen I first came to live in Italy a long time ago, I promised myself two things. That I would leave immediately the minute I started letting Italianisms creep into my English, as in “I’ll just control my diary” or “These spaghetti are delicious.” And that I would buy a one-way ticket back to London the second I started being able to listen to Italian pop music without laughing. Now I don’t know why it should have that effect on me, but the sight of Italian pop stars belting out rock music has always struck me as incredibly funny. Ballads and love songs, yes, but the Italian language just doesn’t seem to sit well with the raucous sounds of rock.

So it was with some concern the other day that I caught myself humming along to a particularly gormless Italian pop song on the radio. Still, it has taken me nearly two decades to have my taste in music corrupted. Strangely, it took far less time to get used to many other aspects of Italian life — I’m not talking about sipping cappuccinos and taking long lunches — that’s easy enough to get into from day one. No, I’m referring to the rather less orthodox side of Italian life — the attitude that says “let’s try-to-get-away with it and beat the system.” I’ve noticed that living on the edge of the law is a knack that is quickly embraced by a great many foreigners. They — we — do things we wouldn’t dream of doing back home.

It seems such fun to thumb your nose at the establishment and break rules, even when you are no longer a teenager. The trouble is, Italians are so much better at it, presumably because they’ve had more practice. And I am more inept than most. Just as I always got found out at school — for smoking in the loos or sneaking off to meet my boyfriend — you can be sure I’ll get caught the minute I put a foot wrong here in Italy.

I remember years ago bombing around the centro storico in Rome in my Fiat Cinquecento, rattling past the police checks put up to stop people like me without a permit from entering. I found it hilarious and liberating. In fact, I deliberately went out of my way to go into the center, even when I didn’t really need to. I especially enjoyed it when I managed to get one of the policemen to climb down from his little box and run after me, in vain, of course, as I slammed down the accelerator and raced gayly off into the distance. The game went on for weeks, until, one day, a wad of fines landed in my letterbox.

Like many foreigners I know, I also often used to jump on a bus without a ticket. It was partly because I couldn’t be bothered to go to the edicola or struggle with one of those annoying machines to buy one. But in my heart of hearts, I know it was really the thrill of trying to get away with it. I mean, can you imagine trying that in England?

Once, in Terni, an inspector got on so I pulled my ace card and pretended that I didn’t speak Italian. This was in the days before Italians had got fed up with Albanian and East European immigrants, and well-meaning fellow passengers patiently used sign language to explain that I should have bought a ticket before embarking. With an Oscar-winning performance, I simulated surprise and contrition, and was allowed off with an indulgent smile from the man in uniform. Too bad that, unnoticed by me, he got off soon afterwards, and bumped into me round the corner where I was gabbing away in very passable Italian to a friend of mine.

The other day I went to the dentist to have a bridge put in. When it was time for the bill, he launched into an earnest discussion about how there were two possible prices — €1,900 if I wanted a receipt, or €1,500 if I was happy without one. Swallowing hard, as both sums seemed huge to me, I opted for the lower one, and didn’t bat an eyelid when he told me I would have to bring him the money in cash.

I duly delivered the said sum, in crisp banknotes, worried only that I might get mugged before I could hand them over. The fun of it took some of the edge off the pain of the dentist’s chair, and the agony of parting with so much money. But I have no doubt in my mind at all that there will be a knock on the door from the finanza, sooner or later.