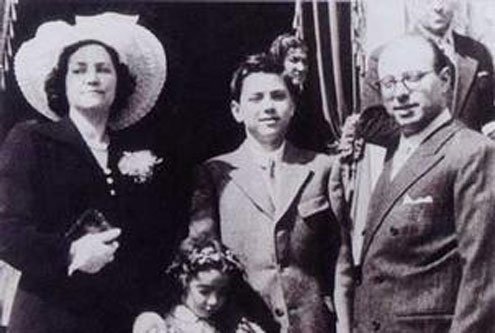 ilvio Berlusconi and I spent a sunny Milan Saturday afternoon in a dark theater. Why? No one I asked would join me in seeing “Silvio Forever,” the “unauthorized film biography” of Berlusconi assembled by journalists Gian Antonio Stella and Sergio Rizzo and directors Roberto Faenza and Filippo Macelloni.

Why did my friends turn me down?

“I already know more than I want.”

“Pay to see Berlusca? I get too much for free.”

But I remained curious about a film that has disappointed both Berlusconi’s fans and enemies.

Stella and Rizzo, quasi cult figures in Italy thanks to their 2007 exposé of Italian governmental waste, “La Casta,” which sold 1.2 million copies, have put together a kind of Berlusconi scrapbook. “Silvio Forever” is pure raw material. Family photos and archival interviews with key players (such as journalist Indro Montanelli and mamma Rosa Berlusconi) are spliced together with decades of international film and television footage, mostly without comment. Neri Marcorè, a well-known Berlusconi impersonator, does occasional voiceovers of pertinent Berlusconi remarks.

Some material I had already seen. Some I would never have seen otherwise, such as animated “bunga bunga” videos from Taiwan and Russia. Escort Patrizia D’Addario’s post-coital telephone video and an x-rated clip of Arcore by night I wish I had never seen.

The licentious details of Berlusconi’s alleged tryst with an under-aged Moroccan dancer named Ruby has hardened the narrative around him into endlessly repeated banalities about sex and corruption. The problem with the tabloid focus is that it obscures Berluconi’s life before his rise to power in 1994.

The film, arranged by theme and decade, helps fill that void. It opens with an interview with Rosa Berlusconi. Good Little Silvio, she tells us, was responsible and helpful and was never passionate about women or money.

A voice-over takes over after Rosa, who died in 2008. Now it’s Berlusconi’s story in his own words, beginning with his birth in a Milan neighborhood in 1936. Like many Milanese, the Berlusconi children and their mother were evacuated into the countryside during World War II. Father Luigi went to Switzerland. Reunited in Milan after the war, they struggled in a tiny apartment where Silvio slept on the sofa. A precocious entrepreneur, 10-year-old Berlusconi collected scrap paper, which he soaked in water and formed into balls sold as fuel. Also a good student, he tutored less clever boys — for money, which he returned if they didn’t progress.

Silvio’s voice-over describes his family’s hard-earned progress; a larger apartment, the first car and his father’s new job at a small bank. Success at school. Success at work. Success with women. In high school, he tells us, he bet his classmates he could meet the attractive woman who distracted them daily from a facing window. He won.

Though a charmer, B was no idle playboy. It was all work, work, work. In university, Italy’s Horatio Alger hero turned his reputation for speedy synthesis into money, selling his class notes. Of course he gave the money to his five aunts, who were nuns. He completed his law degree, with honors, and with sidekick Emilio Fede earned pocket money singing in cabarets and on cruise ships.

But Gay Paree called and he left Milan for the Sorbonne and shacking up with a stripper. Getting wind of that, Papa brought him home and Berlusconi settled down, selling appliances door to door. His early earnings permitted him to buy his father a watch, which he shows off in a video. It has never left his wrist since Papa entrusted it to him on his deathbed in 1989.

Berlusconi turned his selling talent to real estate, and in 1961 pulled off his first deal. With his father’s severance pay, he invested in a real estate development, which struggled to find tenants. Berlusconi revealingly describes how he snatched the deal from certain failure.

Pressed for cash, he asked a public agency in Rome for financing. To impress the Roman official leery of lending to an unknown 25-year-old developer in Milan, B had friends and relatives pose as potential tenants. But a careless cousin revealed the ruse by kissing a relative. Does the deal fall through. No! The official is charmed by the ruse and Berlusconi gets the money.

Beginning to feel you’ve heard all this before? Despite Berlusconi’s skills as a raconteur, this is not a unique tale of personal heroism and true grit. Instead, it’s the story of thousands of Italians of Berlusconi’s generation. Ask any nonno dozing on a park bench. Or see a neo-realist Italian film. In “Silvio Forever” Berlusconi plays the Vittorio Gassman or Alberto Sordi role and the well-worn plot lines of hard work, furbizia and family triumph over all else.

The story is modern Italy’s founding myth. Ignoring its pre-war past, the feisty war-torn country pulls itself up on its bootstraps to surpass (briefly) its old enemy Britain in the 1980s.

A standard media banality is that Italians love Berlusconi because he reflects their desires. As “Silvio Forever” shows, it’s the other way around. Berlusconi appropriated Italy’s myths for himself.

They’re both a little tired now.