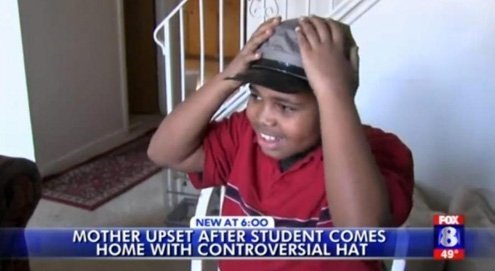 These days, boyish indulgences can run into a wall.
I

was not a politically correct child. At age 11 I started wearing a Confederate cap, a little gray thing with the emblem of the Confederacy on the front. I wore it on walks. I wore it to the movies. I wore to school, taking it off before going in. No one said much about it because I was an only child with no friends who had only a passing interest in fitting in. I also liked underdogs.

Picturing myself as I was then in this age of hyperbolic social interaction is impossible. What I do know is that I wore my cap as a badge of honor. The Union had won; the Confederacy — the rebels — had lost. Inclined toward the defeated (and perhaps wanting to own a mansion), I wore the cap to emphasize my outsider status. Did I think of Robert E. Lee? No. Did I ponder Stonewall Jackson? No. Did I consider slavery? Not for a second. My cap was a gesture of solidarity to all those who’d tried but lost. I was not alienated but I did not want to conform. All rebels were my kin.

My position admittedly got me into trouble from time to time. In seventh grade, my history teacher Miss Conte told us all about the barbarian Hitler and his genocidal concoctions. I listened to her with great attention but finally told her I disagreed, that Hitler had been a terrible man but also an evil genius. I was kicked out of class and sent to detention. In detention, I put on my Confederate cap. This exacerbated matters, since Hitler was one thing, but adding the the Confederacy an act of open defiance. The assistant principle sent me and called my father, who found the entire situation absurd and allowed me to continue wearing the hat.

There was another side to the hat, one about identity and choice. I’d picked it. I’d selected my own emblem. I belonged to me. My father suggested I read more about the Civil War, and I did, finding even more reason to keep my cap. Dissent seemed to me noble. Those willing to fight for their ideals seemed nobler still. My father said I’d make a fine and benevolent antediluvian plantation owner, and I agreed, since I liked the reptilian sound of the word antediluvian.

I do not remember ever being judged (outside of Hitler day) or ostracized. I don’t think other parents called my father to complain about his monstrous rebel and the effect he might have on other youths. At best, my teachers found me eccentric, if not puzzling, which led to interesting chitchats. Even Miss Conte eventually took me aside and we discussed my “evil genius” theory, which she ultimately accepted so long as I also included barbarism, and I did.

I eventually stopped wearing my Confederate hat, but not because I grew out it. While visiting Gibraltar, a Barbary ape — perhaps a Confederate general in another life — yanked it from my head and fled to his front lines. The ape refused to listen to reason. My next cap didn’t feel like my old favorite, so I stopped. By then two years had passed.

I remember those two years pleasantly. I was rarely judged. I was made fun of for being to skinny, too awkward, and too uncoordinated in sports — but never for the cap.

Bigotry is a terrible thing, so is slavery, but dismantling nonconformity comes with its own risks. Sometimes embracing lost causes on a whim can give a growing boy a sense of purpose, and an early awareness of how outsider status can also be a strength.

I didn’t belong, to a club, to a group, to a gang of friends. I didn’t want to. But I did forage for an identity, and from time to time found one, gradually learning what each identity meant, and learning what to leave behind in the process. I learned about correctness on my own. It’s process known as growing up. And left to its own devices, it can be a marvel.