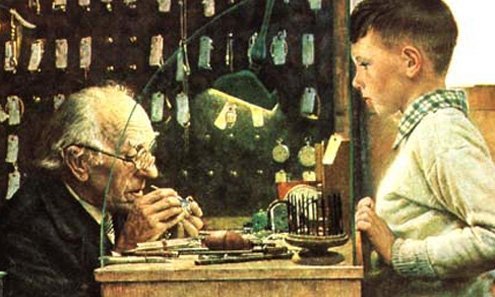 y parents didn’t talk about the past. I learned this long after any quarrying mattered. Discretion came before gossip, and silence returned to roost after dropping its guard, usually over my unwillingness to eat a green. “It’s good for you,” said my mother by way of advocating the day’s root. “I made it.”

But my father pushed her aside along with the quickly-cooling plate. “Let him eat what he wants.” Faced with this, my French-Polish mother said simply, “J’ai honte.” I was placated. The rude root sulked.

Blog blather may have existed then, I admit — I recall supermarket tabloids with reluctantly squinting stars — but its yowling exaggeration less diffuse. Gossip lacked self-esteem. Humiliation was unsophisticated. Teen pregnancies depended on sheltering boardwalks. Baseball pitchers played until pain got the better of purpose and stars wept in dark tunnels. Some retired never knowing just what ailed them. Overall hurt was less specific. Depression had its own music, the Blues. Everything in its phantom place.

“Your mother only once told me about herself,” my father told me at 12. This was a few months after she’d eloped out of the marriage and headed for Rome: eat, pray, leave. “She told me about her father, and how much she loved him. But her mother hated that adulation and embarrassed her for it. Her father was weak and did little. But she kept loving him. He was a defeated man. Then, in the war, the Germans shot him and threw him in a ditch. He was never buried. She sobbed. This is what she told me. But only one time.”

I listened to the story and conjured a comic book. The first panel showed a house in Poland, in it my grandfather, sulking; my grandmother, witchlike; my mother, her sister and brother brooding. There were eight panels in all. In the final one the world went white. I didn’t know what came next. Nazis were a mystery.

In the comic I drew for my father he wept in the first panel. “Tell no one,” he said. I never did. The panels ended there.

Later, my mother blamed the silence for her disaffection and defection. “Your father did not talk. He had a loving young wife, a beautiful young child, and he was depressed. He had you and still he was depressed. He did not know how to express love. Your father knew only how to show the big things. He could not show affection.”

My later cartoons expanded, panels without gravity; airplanes, continents, colors, loud noises, passports, an array of distractions, and, in the background, the sound of a whirring so loud it drowned out voices (“A child is to be seen, not heard,” I was told.) I was imparted to instead.

My mother had cheekbones so high that tears rested on their ledges, concealing emotion. My father talked in steak, lean, sometimes mean. You could hear the advancing mash.

They were luxurious people, two of few words. Tense grace was their luxury, vulgarity an enemy. The first person in writing, my father told me, was an intimate watermark (“Don’t overuse it.”) My mother taught the task of getting permission. Together, they explained the hallmark of thanks and the perils of self-indulgence, which they recommended against. Chores. Modesty. Self-effacement. They tasked my hemispheres with humility.

Only the past was off-limits. Somewhere there, in the unhealed tissues of war, lay ticking things, the source of which would eventually void their luck. In a more recent comic, a dream really, I saw them with scanner-friendly expiration dates on their foreheads. But that’s rare. It’s the present that floods me, and it spins.

Insults swarm — swashbuckling their vogue — leaving me to observe boys and girls, men and women, who struggle with language, their own, and politeness, which serves little gainful purpose.

I read job advice offered by MySpace founder Tom Anderson in a “Maxim” magazine section titled “The Total Guide to the Better You (Upgrade Everything!)”. Ignore your job description, advises Mr. Electric Graffiti. Do anything to attain exhibitionism.

“Ask your HR director if it’s acceptable to defecate on someone else’s proposal before you do it in a meeting.” (And elsewhere, from hunter-gatherer editors: “Most girls will get dirtier with someone they know and trust…”)

Bile packs a big bang, so do its sidekicks irony, sneer, and leer. Off-limits is limitless. Silence is nonsense. Adults are few. The past is so yesterday. The rude root rules.