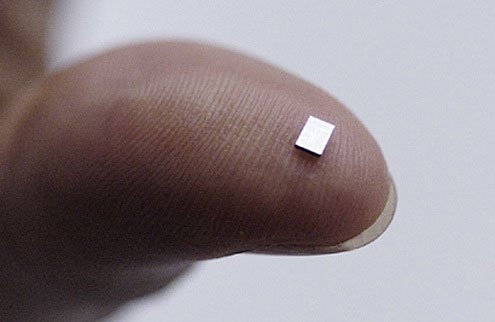 If a pet is found by a responsible person who has the animal scanned for its microchip, a pet can be reunited with its loving owner.
T

he other day, Bella walked me to my favorite gelateria on a quiet Roman sidestreet, and then waited senza guinzaglio in the gelateria’s faux-grass courtyard as I described the density necessary for the perfect puro cioccolato milkshake.

When finished, I noticed that Bella was no longer watching me from the courtyard. I ran outside towards the main street, a pedestrian road whose earlier charming emptiness now seemed ominous and evil. “Bella….. Bella….”

I called, with increasing desperation — think Erica as Brando in “A Street Car Named Desire.” She didn’t appear.

I began to shake, and cry. I thought I’d lost my dog — until gelateria owner Stefano greeted me with my milkshake, and Bella. She was playing hide-n-seek. I immediately vowed that I’d never let her off-leash again. That evening, I updated her microchip with homeagainid.com and the next day, I brought her to the veterinarian to ensure her microchip was readable.

What’s a microchip? It’s is a tiny computer/transponder about the size of a grain of rice that stores an identification number (and potentially other kinds of data) and transmits it via radio waves to a scanner — any scanner anywhere in the world. Microchips are inserted by needle into the animal’s left or right shoulder area. It’s a bit like Big Brother, as practically every member of the animal kingdom — birds, mammals, amphibians and reptiles — can be chipped, tracked, and identified.

Is a microchip necessary? While I am not concerned with sea turtle migration, or which Alpaca made my sweater, or even the true lineage of a Pekinese pedigree, I do worry about losing Bella. At present, pets with microchips cannot be tracked by satellite. So what’s the point? If a pet is found by a responsible person who has the animal scanned for its microchip, a pet can be reunited with its loving owner.

Can a microchip really help find a lost pet? Consider the following story.

On July 1, Bill was driving from London to Rome with his cat Arturo. At a rest stop in Saarbrucken, Germany, Arturo snuck away into the inky evening landscape. Bill searched until 4 p.m. the next day until he concluded that Arturo was gone. Sadly, he drove on to Rome.

The following week, Bill’s ex-girlfriend traveled with a girlfriend from London to Saarbrucken in search of Arturo. After two days of cat-beckoning, speaking to locals, shelters and radio stations, no dice. The women returned to England.

On August 15, while at the beach in Ostia, Bill got an improbable call from his ex-girlfriend, by then in the United States. Arturo had been found in Germany. A cat shelter in Kaiserslautern (100 kilometers from Saarbrucken) scanned a new arrival for a microchip. They found that the animal was registered in London. Somewhat bewildered, the vet called the British veterinarian listed on the chip, who then called the contact person registered on the chip — Bill’s ex-girlfriend, who immediately called Bill.

Arturo’s adventure in getting to the shelter is its own morality tale.

A month and a half after Arturo vanished at the Saarbrucken rest stop, a man traveling from Belgium to Germany stopped there and saw a black cat peering at him strangely. The man, who had pulled over for a break, left his car and approached the cat, which seemed to want to get in. (If you know cats, they don’t particularly like cars.) The man walked to the passenger side to let the cat enter — only to notice that his back wheel was about to fall off.

Had he not seen the cat and decided to investigate further, he wouldn’t have noticed his rickety wheel and quite possibly have suffered a serious highway accident. Wheel fixed, he immediately brought the cat to his local cat shelter in Kaiserslautern… the cat was scanned for a chip… and voilá, Arturo was found.

This is reason enough to have your pet microchipped.

Can any microchip be read by any scanner? Not exactly. It depends on the scanner used and the chip implanted. There are nine-digit, 10-digit and 15-digit chips, as well as many different scanners. Ideally, your animal should be implanted with a chip that follows ISO (International Standard Organization) specifications (see pettravel.com ).

If your pet was chipped in the United States, find out what kind of chip was used — AVID Euro chip and HomeAgain make 10-digit chips that can be read in Europe, but also AVID has a 9-digit chip that cannot be read here. If the chip can not be detected in Italy, get a second implanted that complies to European standards.

With any luck, all countries will follow the same standards for microchips and scanners, and I won’t be biting my nails over whether or not I should have Bella implanted with the 15-digit chip. For now, I will keep her on the leash.