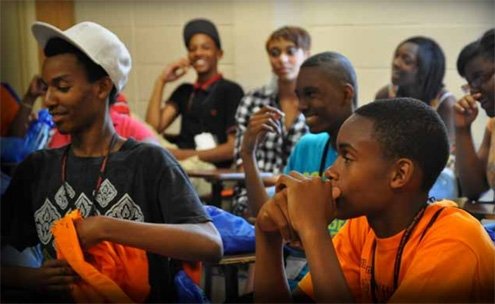 The prollem is when people keep tryina get us to all mix together. We don't need none of that.
N

ow look, it’s just like when you put chickens n’ pigs in the same pen,” says the man known as BollWeevil, stroking his peppered white beard and lifting his brimmed hat to push back some greasy filaments of hair. “If you leave ’em alone, they just stay separate and live on perfectly fine. Us farmers know. We see it every day. Ain’t that right, Bill?”

BollWeevil allows his index finger — which he’d been using to stir the air in front of me – to rejoin his ruddy pink hand. He uses that same hand to slap the broad shoulder of the man sitting near him at the table. Bill chuckles a little, and says, “Yes, sir.”

BollWeevil, Bill and I sit together at a small table. Party chatter swells around us as we sip on whiskeys and Budweiser tallboys. It’s a hot summer night Mississippi. Our drinks sweat.

The three of us have little in common — at least physically. I’m the pasty white, skinny, bespectacled educator that might as well wear a nametag that reads, “I’m not from around these parts.” BollWeevil grew up on and owns the acres of farmland where the party’s being held. His white Mississippi skin has turned red from decades in the hot sun. Bill is his younger black farmhand.

I look at Bill, trying to see if he actually means his, “Yes, sir,” but he’s tipped down his trucker’s cap. I can’t tell.

BollWeevil concludes his treatise on race in Mississippi: “The prollem is when people keep tryina get us to all mix together. We don’t need none of that. We jus’ different is all.” He taps the bottom of his can twice on the table, and rises up from his seat. His hand now makes its way towards me again, this time open for a handshake. “Nice to meet ya. Those kids need good people to teach ’em. God bless.” I resent this form of gratitude. It’s coded with too many assumptions. It’s as if the sight of a polite, white, middle-class educator is a soothing relief. Here’s someone who’ll finally do the dirty work of educating the black masses. But I let it go. I shake his hand and thank him.

After BollWeevil leaves, Bill and I talk and drink. Finally, I ask him, “Do you really believe what he was just saying?”

Bill turns serious before chuckling. “Look around yo’self now. He and his friends sign my checks.” The festivities around me are indeed mostly white. I realized I’d been straight with Bill but not with BollWeevil.

Six years into living and working in the Mississippi Delta these moments still catch me off guard. Symptoms of systemic racism are visible daily in this part of the country. I know that talking about race with a farmer and his farmhand isn’t likely to introduce revelations. Certain white Mississippians will always deny their own involvement in perpetuating an oppressive society. But I also know that a black person who speaks his mind freely in Mississippi often takes a massive risk for himself, his family and his community.

The heavy history of white supremacy has pre-determined the silencing of black voices. This is the Catch-22 of racial relations: radical change is stifled because it’s too radical, too unthinkable, and not to be spoken aloud. These dynamics haven’t changed much in half-a-century.

According to the people who would benefit the most from maintaining the status quo (at least in their own minds), the key to progress is laissez faire: just leave everyone to their own devices and forgo any discussion.

I work mostly with teachers. But my goal is also to prompt people to talk about what simmers just beneath the surface. It took little to get BollWeevil to reduce Mississippi race relations to a matter of chickens and pigs, or for Bill to teach me a thing or two about the underlying reality of commerce. At times, just generating these conversations seems like the most important part of my job. You can’t talk about striving for a just society without first sensing the deep injustice of the existing one.

As the United States comes to verbal blows over the idea of locking out an entire religion, my Mississippi chats take on greater importance. It’s vital to watch racial oppression in action. It’s essential to listen to those who consider it desirable, and to see how fear silences those most able to denounce it.

America has always sought a position of social, political and economic primacy in the world. But this ambition is all for naught if we won’t talk openly about our own inequities. Our bombastic overconfidence and ongoing willingness to deny the scars of our own past makes me think of the sardonic opening of the Talking Heads’ “Road to Nowhere.”

We belie our own weakness when we sing, in chorus:

Well we know where we’re goin’

But we don’t know where we’ve been

And we know what we’re knowin’

But we can’t say what we’ve seen

And we’re not little children

And we know what we want

And the future is certain

Give us time to work it out…