Chic that’s worth it 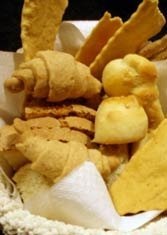 ll’Oro, which opened in 2007, is among the best additions to Rome’s ever-growing list of minimalist boutique restaurants influenced by similarly trendy spots in L.A. and Barcelona. While the heavy-duty chic is a mouthful, the food is well worth the self-conscious styling.

The place seats only 28 and won top honors from Italy’s Carbonara Club for a variation on the dish that that placed porchetta-wrapped sea bass on a bed of truffled carbonara sauce. “It’s not necessarily our idea of the perfect carbonara,” said the club, “but we respected their imagination.”

The venue is sublime (creamy gold motif) though the tables a smidgeon too close together to make the romantic top tier. Di Giacinto, who tends toward flavorful south Italian mischief, keeps the menu tidy: 16 items in all (5 antipasti, 4 first course, 3 main courses and 3 desserts).

Though the lineup changes, creativity is a constant. Both the ravioli in mascarpone sauce and marinated beef in chestnuts sauce were delicious, as was the duck ragù lasagna. Coda alla vaccinara (oxtail stew) was flavored with celery and cocoa, a sublime trick. The Catalan equivalent of crème caramel was sumptuous (also on tap was chocolate ravioli and caramelized pinapple). The desgustation menu (five portions) runs €55. All the bread is homemade.

If you’re more than six people you need to book ahead with a credit card. No shows are docked €30, which is fair enough given the size of the place.