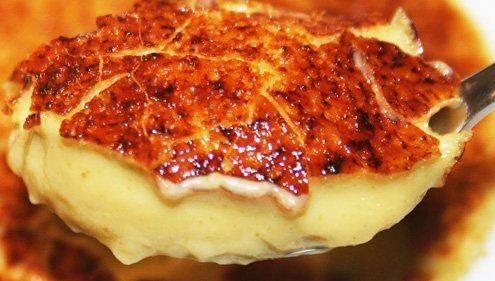 y big brother is getting married. He recently announced the news via Skype, calmly explaining that there would be a civil ceremony in February because of his fiancée’s visa troubles. But he made it clear they would have done it anyway. They were sure of their decision.

“We just have to expedite it,” he said.

“Yes, expedite it,” his fiancée chimed in.

I remember being both puzzled and amused at their choice of verb. I don’t think I’ve ever used it in my own speech, or ever heard it in conversation. I was struck with a random, utterly irrelevant thought about how vast the English language was, how there were words I’d completely overlooked in my 27 years.

Expedite. My brother (Matt) and his fiancée (Lakshmi) are around the age one usually exchanges “I do’s.” She’s attended three consecutive family Christmases, even choosing thoughtful, carefully selected presents for each of us: a pair of earrings from India for me, a silk table runner in my mother’s favorite colors, and a gift basket of obscure, alternative ingredients from Whole Foods for my health-nut aunt. I should’ve known then — what else says I’m serious about your son more than a bottle of kefir and a jar of kimchi, lovingly adorned with a bow?

Still, the news left me surprised, even shocked. To be clear, I am absolutely thrilled for them. Lakshmi is wonderful. She pronounces words like “mustache” and “schedule” the British way, and has introduced my family to dishes like biryani and shrimp curry, generously toning down the spice level to accommodate our unaccustomed palates. She likes to wear bright colors, often dismayed at the gray and black color scheme of the American wardrobe. She’s a lawyer who “loves the law” in all its intricacies. Her celebrity doppelgänger, I secretly think, is Halle Berry.

Most fascinating of all, she has transformed my stubborn, sometimes exasperatingly analytical brother into someone else entirely. He lets her take food off his plates, not just a taste, but heaping forkfuls of crème brûlée and pasta. I watched in awe as she fished his sprinkled chocolate donut out of its bag and ate half of it before handing it back to him. My brother has never, ever, shared donuts with anyone. For her birthday, he tracked down autographs on her childhood celebrity crushes on eBay and brought her to high tea in Boston where they ate sandwiches no bigger than my thumb. He carries around Lactaid pills in his wallet at all times to combat her intolerance to cheese, just in case. He calls her “baby.”

What my brother’s wedding has uncomfortably highlighted, though, is one of the (self-inflicted) burdens of expat life — the missing out. Most of the time, I’m used to it. It’s become the norm to send friends Happy Birthday wishes over Facebook instead of over dinner. I don’t even feel nostalgic for Thanksgiving anymore.

But these things — the truly big, important things — are impossible to dismiss. I still cringe in shame when I remember that I wasn’t around for my grandfather’s funeral. I can’t help but feel like a poor friend, sister, and daughter, even when I’m told it’s not your fault, don’t worry, or in the case of my brother’s wedding, there will be another celebration in 2017.

I’m not alone in this. Anyone who has or does live far from home is a veteran. There’s the woman the woman I met on a flight to Boston who traveled back and forth every month to see her elderly father, my tech-spurning neighbor who bought an iPhone to face time with her twin granddaughters, a colleague who hasn’t flown home in two years because of pricey airfare — and, as I write this, my brother’s fiancée, whose loved ones across the ocean won’t be able to make it, either.

None of us, of course, are forced to live far away — it’s a choice. I imagine if I ever moved back to the United States that the feeling of “missing out” wouldn’t leave. The travel, speaking another language, the friendships, the life I’ve created here, its sudden absence would still lead me to: “I wish I was there.” It is the inescapable, aching feeling of loving and being loved in two different places.

Lakshmi and Matt have booked the city hall, and chosen a restaurant for lunch afterwards. Her engagement ring doesn’t fit well with her wedding band, but she doesn’t seem too bothered. In the grand scheme of things, it’s not a big deal, she reasons. They promise to live stream the ceremony for me. I’ll be there, tissues ready, cheering them on.