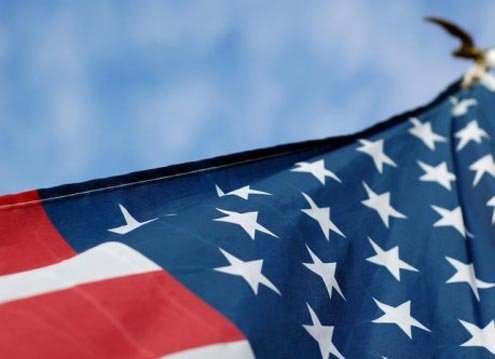 The IRS will win in the end, but probably alienate Americans abroad in the process.
F

or U.S. citizens and residents who for whatever reason have not been declaring their interests in and income from foreign bank accounts, the game is pretty much over. The IRS has been making a series of aggressive moves to flush out those who may be hiding overseas assets and evading their homeland tax obligations and the strategy’s final trap has been set.

In my April 2011 column “Amnesty Way” I noted that the IRS had made it a priority to find tax evaders and cited the Foreign Account Tax Compliance Act (FATCA), in play for the 2011 tax year reporting, as evidence of its relentless resolve.

The IRS says FATCA is intended to expand its access to information, limit the ability of U.S. taxpayers to conceal foreign assets, and increase tax revenues. But the actual effects can range far further.

Last December, an American professional woman who has lived in Italy for 20 years, is married with two children, and has a steady job, tried opening an investment account and her local Unicredit branch. It turned her down because she’s an American citizen. Never mind that she’d had bank account there for 14 years and recently paid off the mortgage held by the same bank. Recent IRS efforts had been all too successful. The cost of compliance to the norms has proved expensive enough for some banks to refuse new accounts to American citizens.

The Bank Secrecy Act of 1970 opened the door to the situation as it stands today. It required all individual U.S. taxpayer with an interest in or signature authority over bank holdings, securities or any other kind of foreign financial accounts valued at more than $10,000, to file an annual Report of Foreign Bank and Financial Accounts (FBAR) with the U.S. Treasury in Detroit.

Together, FATCA and FBAR pack a powerful punch. Beginning in 2011, if an individual has an interest in foreign financial assets worth more than $200,000 on the final day of the tax year, or more than $300,000 at any time during the year ($400,000/$600,000 for joint return filers), he or she is required to complete Form 8938 Statement of Specified Foreign Financial Assets. If more than $10,000 of those assets is located in a foreign financial account, then the FBAR must also be filed. The new form is to be attached to the individual’s U.S. tax return.

For FATCA the definition of reportable assets goes beyond financial accounts to include a multitude of investment assets. Individuals who fail to disclose the required information are subject to a $10,000 penalty unless they can show reasonable cause. Otherwise the failure to report is seen as willful neglect.

Alone, the new requirements, even with penalties, don’t necessarily give long-time truants sufficient incentive to change their ways.

So the IRS went further: Beginning Jan. 1, 2013 it will require foreign financial institutions that have interest or dividend-yielding accounts holding U.S. securities owned by a U.S. taxpayer to withhold 30 percent on the income. These funds will then be sent to the U.S. Treasury.

Foreign financial institutions can dodge the burden by collaborating with the IRS. This means identifying accounts held by U.S. citizens and giving the IRS information about the accounts and their owners. Institutions in countries with bank secrecy laws will be required to get legal waivers from account holders. Without the waiver, the account will be closed.

The stern measures have led the IRS to reopen its Offshore Voluntary Disclosure Initiative (OVDI) to encourage those who still have unreported offshore accounts to “voluntarily” update their tax reporting before it’s too late. The approach has been effective. The IRS collected $4.4 billion with its previous OVDI programs, and that was before the FATCA threat

Though the IRS will win this battle, the victory could have a hollow ring. Foreign financial institutions are in an uproar, arguing that the administrative cost of compliance is far too high, particularly for a bank with only a few U.S. clients. The result is that many banks may well decide it is easier to refuse new accounts to U.S. citizens and/or to close those already in existence. This is already starting to happen.

The risk is that law-abiding Americans will find it more and more difficult to carry out legitimate foreign banking and investment activities, striking another blow at U.S. competitiveness.

These ever-increasing obligations, as well as exposure to U.S. estate taxes (not to mention additional loss of privacy), helps explain why the number of Americans giving up their citizenship has risen in recent years.

The IRS’s endgame is in place and checkmate within its grasp. But it may turn out to be an ill-considered match.