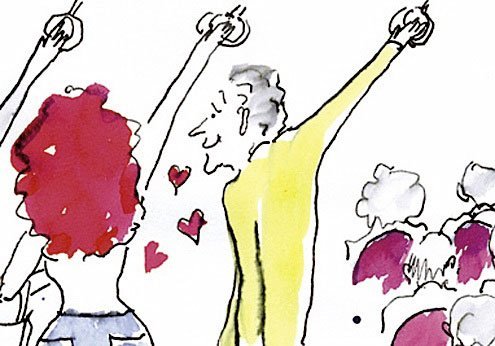 hen it comes to meeting women in Italy, I’m the master. Keeping them is another story. I’ve struck out more times than the bottom half of the Chicago Cubs lineup. I’ve been dropped more times than Ali’s opponents. I’m the anti-Ann Landers.

My love life is more of a healthy lesson in what not to do. For instance, of all the places to meet a woman in romantic Rome — the Coliseum at night, the Villa Borghese in spring, the Trevi Fountain any time — I pick up chicks on buses.

The air is dank, the floor sticky, like a four-wheeled fraternity house. Needless to say, these rolling welfare lines aren’t the most romantic venues in the Eternal City. But sometimes, when I see a pretty girl bouncing and swaying in an orange plastic seat, it’s just too hard to pass up.

Take Jacky (I mean it). A few weeks ago I spied this American beauty on the 85, sneaking sips of a cheap bottle of white wine while laughing with her English-speaking friends on the way to a pub.

When I hear a pretty girl speaking English, it’s like an alarm goes off.

“I have a chance with this girl!” I always think.

I ambled over and asked, simply, “Where are you from?”

This has quickly become my best pickup line in Rome. One, it implies that I speak English, which is refreshing to hear for an underpaid English teacher whose Italian language skills are limited to shedding crocodile tears when the bus agent asks to see a ticket. “Non hablo Italiano, non hablo Italiano!”

Two, from my hearty accent, it shows that I am an American, a beacon of light for a stranger in a strange land, a taste of home.

Immediately, Jacky and I hit it off, getting into the Yankees and Red Sox (it’s spring training after all), how we miss Mexican food and, my personal favorite, the “Oh, you don’t have a work visa either?”

Really, the only thing we have in common is that we are Americans, but when you’re scraping by on a few euro an hour in a foreign country, that’s enough. I meet her and her friends later at some sweaty pub.

She has already downed a significant amount of rum and coke, which she refers to in a worldly tone as “Cuba Libros.” We talk for an hour, touching, laughing, and dropping the occasional hand on the leg. I am really starting to like this lively, lovely, slightly drunk ball of energy I’m sitting next to. Then, in a flash, she gets a serious face and says, “I can’t do this.”

“I can’t do this,” is usually the line in a movie where the secretary rebuffs the sexual advance of her boss, or some other equally heavy situation. I’m surprised to hear it after an hour of harmless banter.

“I have a boyfriend. Well he’s not really my boyfriend, but we’re kind of dating. Well, we used to, like, be together, but then I cheated on him and we broke up. But one day he called me and we, like, started talking again and I think I love him but the problem is that he is Italian and I don’t speak Italian and it’s really hard and you are like so cute and American and I miss being able to talk about American things and you are so totally my type but I think I love him, but we can’t talk or ever really communicate with each other and….”

Jacky continued but I’d tuned out. If we were eating a meal at a quiet restaurant, this would be the moment when I raise my hand to the waiter and call out, “Check, please!”

I’m disappointed, but probably don’t show it. I look like a Cubs fan on the last day of the season. We lost again, but really, I’m used to it by now. I politely excuse myself, and do the only thing I can think of. I go home on a bus.

About the Author: Jonathan Miller

California native Jonathan Miller won the 2003 Rolling Stone College Journalism Contest and blew the prize money on air fare to Italy and several hundred doner kababs. He has worked as a managing editor for College Sports Online, and his work has appeared in the San Francisco Chronicle, Anchorage Daily News and Lacrosse magazine. He studied journalism at California State University, Chico, where he learned to love beer and The Beatles. He now works and resides in California.