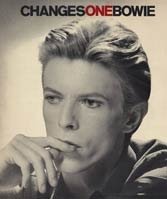 Pretty soon now you're gonna get a little older...
T

he world is full of bad news. You can’t turn on the television or open up a paper without voices and headlines chasing you down. I’m tired of it all and so are most people I know. Sure, you can go to the movies to avoid the state of affairs, but in two hours reality returns and you’re left seeking another fix.

So I have some advice.

Whatever age you were when you thought anything was possible and you relied on the pleasures of your imagination, this is a good time to return for a visit. Your younger self is good at dreaming and there’s no time like the present for a good reverie.

In 1973 I was 11 and OPEC raised oil prices that sent the U.S. economy into a deep recession. I recall Richard Nixon appearing on television but beyond that I’m happy to say I never noticed the consequences.

My sisters and I listened to Carol King’s “Tapestry” on a reel-to-reel until the tape twisted and broke. Later we used a can of hairspray for a microphone and climbed the bookcase for a stage. We sang along to David Bowie’s “Changes” on LP and wondered why he looked like a girl on the record cover. He must be in between, we thought.

(turn and face the strain)

Oh, look out you rock’n’rollers

(turn and face the strain)

Time may change me

But I can’t trace time

I said that time may change me

But I can’t trace time.”

Between dance sessions we played Four Square with a red rubber ball and I did my best to learn how to spike in the corner, which was a hallmark of a true champ. If you won, you were King and held court in the corner square. We played for hours until Mom called us for dinner.

If you can’t seem to make contact with your 11-year-old self, then try 13. I distinctly remember watching the neighbor boy chase my sister and heard her scream when he kissed her in the shadows of the garage. She said it was wet and slobbery and gave her permanent cooties. It sounded awful but I wanted one too. I took off running just in case he was looking my way and wanted to catch me. He didn’t, but I couldn’t stop giggling anyway.

And of course, no 16-year-old cares about a recession. The only thing on my mind was taking my $300 savings and buying the dented-up blue Volkswagen Beetle so I could take to the road. I’d go as far as $3 or $4 worth of gas would take me, and then drive home on fumes. Just turning the steering wheel left and right and swerving the car across the road brought more happiness than the world could hold. The freedom was exhilarating and I felt like my own hero.

Yes, now is the time to return to dreaming. Your younger self knows where to find pleasures simple and rich. Pick an age, any age. I trust you’ll recall the joy in a mountain of dirt, a game of catch, or an open road.