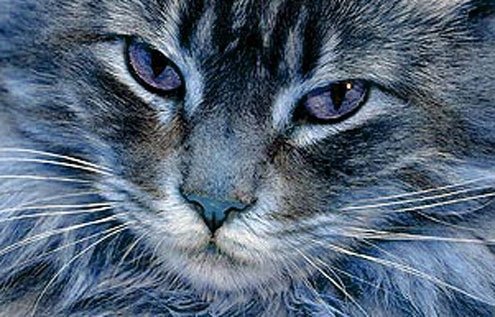 She approaches me for attention, gets it, revels in its drawn-out moments.
I

have no children by the cat. I prefer it that way. Call it open relationship, affectionate but coy. I haven’t seen the cat in a day but we’re not separated, just non-exclusive. Proprietary ruins inter-species attentions spans. I need to write, read, mull and ponder; she needs to prowl, eat, sleep and yawn.

I’ve known the cat for a decade. Every American visit renews our sexy bond. She flirts and I pet; she slinks and moans her meows. We spend hours of noisemaking red-blooded passion would envy. “She adores you,” says my friend, her owner.

We’re just two attention-seekers who meet once a year and take what we can get. She’s a vain streetwalker; I’m a sucker for pretty creatures. No legislation outlaws teasing fur and advances are a given; so is licking, though that’s her role, not mine.

Her aloofness peddles a kind of controlled affection dim-witted and categorical men can’t fathom. Men go for the randy romance of lust and must, only to disappear in a month or a year, the lust and must seemingly focused on one suddenly transferred elsewhere. The cat turns the tables. She approaches me for attention, gets it, revels in its drawn-out moments, parks adoringly at my feet (or on my bed), only to leave on a whim, wholly bored with what just happened.

The arrival of her owners also leaves me high and dry, discarded and ignored, the afternoon’s purring passions transformed into week-old news. In the interim she dates passing fancies: chasing a dancing mosquito, nibbling on bowl-bound chunks of gourmet brown food, which if I approach she protects as if I might be a thieving enemy. I’m not and she gets back, crackling, to her circumference of food.

If we were casual boyfriend and girlfriend it might even work: she getting what she wants — when she wants while it — while avoiding a script; me inviting her to join in until I’m bothered either by her cloying or her opportunism, or both.

Humans make drama from the specifics of expectation. Procreation exaggerates the expectation into extremes. It’s terrorism of obligation in which loyalty is measured daily and in the smallest ways. Stray from one partner’s view of the correct managing of absolutism and you’re on the wrong side of an imagined future. Rage arises; tears are shed. Money bankrolls breakups.

But the cat and I break up and regroup constantly. It’s a natural cycle. I arrive, revive the affair, and she reciprocates. The flourish endures until my novelty wears off on her and hers on me. The headiness of the furry first days is transformed into an accepting of the occasional.

Passion returns from time to time, on a rainy afternoon, say, after several days of little or no contact. She’ll want to make love, paws curled and wide-eyed. I, re-smitten, respond with long, deep strokes. All claws recede.

But it never lasts. After the early burst comes distance and sulk, with some yawning. Soon, we’re disinterested strangers in the same house, objects of each other’s pretend sounds. Which isn’t to say we don’t like each other and won’t repeat the same ritual next year, just that carnivorous mammals have limits. As does purring.

When she turns to leave the room, sated, she never looks back, unhindered by memories of romance. She needs, wants, gets, and leaves, a drone-like recycling of “been there, done that” which vain humans — battered by unfulfilled expectations and desperate for approval — often choose to mistake for unconditional love.

The cat and I were lovers at first sight, no doubt about that. And then lovers again and again, annually, as if on remotely triggered cue. But who would dare broach the idea of breeding when our annual rite depends on both sides being able to look away, commitment’s fickle underbelly? Not me. Not she. Never mind our clashing species, we both get it.