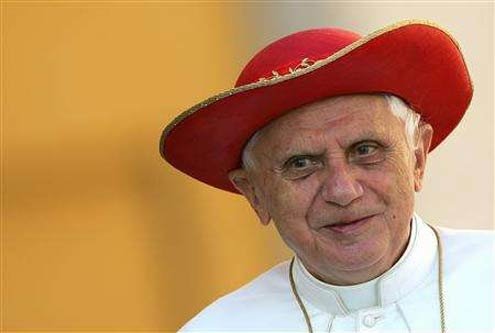 Can the Electoral College convene?
G

et ready… this one is part parental part political. I am pregnant. Again. I tried to think of a witty way to introduce this tidbit, but frankly I am way too hormonal to be even remotely clever and my grey matter is currently being sucked away by my thriving fetus.

Let’s not even mention that my 21 month-old son is currently climbing on my granite kitchen countertop while wielding a Global meat cleaver in hand. (How I wish I were joking.)

So there it is.

This pregnancy is quite different than that of my son’s. With Oedipus, I peacefully nested while trying to gather all the “good” goods that a new baby boy would need. The only question I had was what to name the little guy — and the closest thing I had to an obsession was searching for the “right” stroller or perhaps the perfect vanilla milkshake.

Now, I am a bubbling cauldron of HcG that causes me to act like an absolute lunatic: sometimes nasty, other times anxious. When my husband is really lucky I’m lethargic.

This time around I don’t care about the name, the stroller or anything else (except for a healthy baby). I do, however, have one question and one obsession. I can’t seem to shake either.

Current question: Should I baptize the baby?

I baptized Oedipus not because I felt strongly that he be raised in the Roman Catholic faith but because, well, his grandparents wanted it. When I told my Italian friend, “I feel like such a hypocrite,” she replied, “Of course you do! We are all hypocrites here in Italy… but you must baptize the baby.”

The papal climate has changed in the last few years and boy do I have a bee in my bonnet — or as it were, a pope in my porkpie. In the past year good ole’ Ratzinger has antagonized Muslims, poo-poo’ed a UN resolution banning discriminatory behavior against homosexuals, and now he has welcomed (okay, and on second thought kicked out) an conspiracy-spewing anti-Semite.

His remarks against Muslims I found inappropriate and hurtful to the millions of peaceful and hardworking folks who worship Allah.

His attacks against homosexuals have been downright disturbing — especially since I have met more than one homosexual priest in my day. (P.S. Did you see Pope John Paul II’s 2005 funeral procession? Sure there were no floats or exposed body piercings but the pomp and pageantry of it all could have put the best of Gay Pride parades to shame!)

Benedict’s outreach to a Bishop Richard Williamson, a near-Nazi, was reprehensible and urned my stomach (or maybe that’s just the baby kicking. No. Wait. It’s not the baby. I am sickened).

For a “spiritual leader” to spew exclusion and intolerance in a world full of fear and separatism is absurd and counterproductive. It will only provoke more fear and more hatred, a process that’s already begun.

Ratzinger’s behavior has only led me further from the Church. So here I am at a Catholic Crossroads. Being a Catholic under Ratzinger is similar to having been an American under the Bush Administration: like an everlasting unhappy hour where you’re forced to sip a veritable cocktail of shame and humiliation.

Having decided not to renounce my American citizenship in that eight-year span I’ve at least been rewarded with renewed hope in the form of a brand spanking new Commander-in-Chief.

But can we also get a new pope, stat? Can the Holy Spirit hook that up like the Electoral College?

So there’s my obsession. I would like to stop thinking about the German Papa but the hormones feed the monster within me.

When I recently ranted to my mother, she tried in vain to put out the fire. “Organized religion is like a country club. Just because you belong doesn’t mean you have to agree with all the rules.”

I countered with, “Yeah, but if you couldn’t bring Ellen to lunch at your club, would you really want to belong?” Ellen is her Jewish best friend. She changed the subject. Point for me.

Maybe I wanted my mother to tell me that it was okay not to baptize my new baby. Maybe since she gave me the tradition of Catholicism, I needed her permission to stop the old school in its tracks to not appear disrespectful or unappreciative of what she’d done as a mother. Maybe.

But my mother also taught me to think independently and to listen to my gut. Right now my gut would rather have L. Ron Hubbard (in absentia) baptize my son into the Church of Scientology (from his spaceship) while a grinning Tom Cruise looks on.

Sinead O’Connor if you are reading this… please call me. We need to talk.