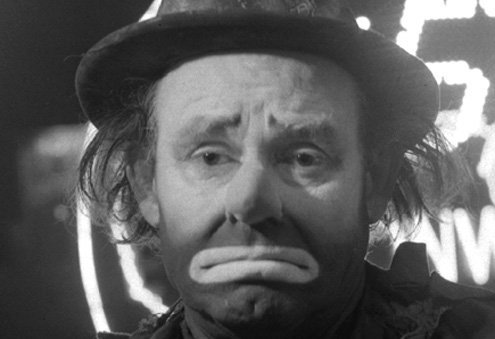 ugust in America featured the latest apocalypse now, otherwise known as Hurricane Gustav. Its epithets salivated: “the mother of all storms,” “the storm of the century,” “the real deal” — all courtesy of a colorful New Orleans mayor named Nagin, Katrina’s battered witness. Fearing residual Kat-criticism, Republicans put their convention on hold and went into committed pre-grieving.

But the world didn’t end. Mother lives for poker.

As if to cover for Ike’s dysfunction, two venerable (if vulnerable) Wall Street banks collapsed within 12 hours, one into bankruptcy, the other sold off.

Much ado about collapse itself collapsed — again.

Webster’s defines “catastrophism” as a land-malady, the nasty music of sudden shifts, “changes in the earth’s crust that have in the past been brought about suddenly by physical forces operating in ways that cannot be observed today.”

A postmodern makeover might be in order (in memory of author David Foster Wallace, sullen victim, in part, of the contemporary lunacy he tried to narrate.)

New-age catastrophism should reflect sudden forces that are more dramatic than real. It should include inviting asides: pets awash, ruined clowns, diminished celebrities, and a multitude of wildly pregnant teens. A revised definition of catastrophism might read, “An attention-grabbing moral imperative that calls for the emotional embroidering of public events, particularly those captured on film, so as to warn, disconcert and amuse as wide an audience as possible, and ensure the latest misfortune always the worst.”

In short, the new catastrophism should seamlessly slay prudence and perspective.

But redefine catastrophe and you’re also stuck with revising Freudian definitions of anxiety (again via Webster’s). Anxiety’s first is a “painful or apprehensive uneasiness of mind usually over an impending or anticipated ill”; its more percussive second is “an abnormal and overwhelming sense of apprehension and fear often marked by physiological signs (as sweating, tension, and pulse), by doubt concerning the reality and nature of the threat, and by self-doubt about one’s capacity to cope with it.”

As a byproduct of the new catastrophism, the new anxiety could be defined this way (minus the sweat): “An overwhelming sense of impending or anticipated dread and apprehension generated by a veneration of natural or man-man threats intended to provoke collective worry and self-doubt among the impressionable and mockery among skeptics.”

Portions of the gag aren’t at all funny. They instead provoke questions neither comedians nor social scientists can answer.

How do you worry about, let alone identify with, a society that habitually manufactures and nurtures its own instabilities?

It doesn’t stop there.

If daily news depends on the shameless yin-yang of stress and relief how can you label any resulting anxiety abnormal or aberrant?

If narcotic fixes are standard buffers against easily lost or abandoned composure why does composure matter over dissonance?

If physical arousal and fast-food emotionalism stand in for critical thinking how is adulthood not a form of socially aged adolescence?

In the affluent and fluffy mid-1990s, tidal wave-loving movies such as “Deep Impact” and “Armageddon” lampooned the Oh-My-God. “Look on the bright side,” quips a character in “Deep Impact” as an asteroid bears down on weakling Earth, “We’ll all have high schools named after us.”

Where are the snows of yesteryear?

Columbine put high schools off limits, after which the you-know-what burned a hole in the angst map and rerouted sarcasm into skilled worry.

In that sense the new catastrophism affords ironic relief. Now, an unreal world ends until it pauses, whereupon it begins ending again. Meantime there’s Sarah Palin. The mother of all storms isn’t wind or rain or dead of night, it’s caricature.