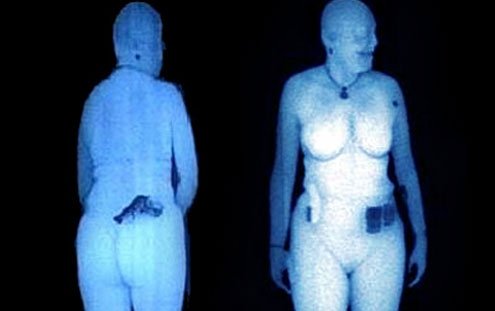 The success of psychological warfare.
T

he extreme left-wing urban guerrilla movements of the European 1970s generally justified their actions in terms of a number of ugly but organized steps. Heinous acts of political violence would produce social anxiety and with it institutional backlash. “Disoriented” and resentful government would then cite public security to issue repressive laws, thus demonstrating its despotic colors and lay the groundwork for a popular uprising destined eventually to overthrow the ruling class and pave the way for new-age classless Marxism. Fundamental to this hackneyed formula were public panic and government overreaction.

In Italy, urban guerrilla groups made a decade-long commitment to a brutal cat-and-mouse game with the Rome government. The worst of the near-daily violence, on the left and right, flared between 1975 and 1981; hundreds died. Ultimately, the armed groups failed.

Tellingly, that failure can be pinned largely on government resistance to overreaction. Widespread repression didn’t occur. Cities were not locked down. The sought-after institutional panic never happened. Those who once expressed grudging sympathy for the guerilla groups gradually rewarded the state for sticking to the egalitarian outlines of post-war democracy. Terrorism was literally outlasted.

This simplified assessment of a tumultuous time in Italian history has a bearing on ongoing Western government responses to terrorist plots since September 11. While their Marxist brethren put bureaucrats, judges and journalists in the line of fire, the new and media-wise brood tends to focus instead on objects of mass transport, airliners in particular.

As for objectives, there’s little difference. The idea is to kill innocents in hopes of reinforcing the warlike anxiety that sustains an already-flourishing “us” vs. “them” worldview.

In this abridged model of revolution, unsettling world air travel and provoking additional security layers stands in for totalitarianism while the buttressing of a multinational security infrastructure represents incipient repression.

Any way you look at it, the now mechanical response to terrorist threats manages to put a very rough pebble in Western democracy’s otherwise casual sneakers.

How we got here isn’t hard to track. Eight years ago, a terror-stunned United States attacked Afghanistan in the wake of September 11, toppling the Taliban regime and sending its backers underground. It then invaded Iraq, removing a dictator but multiplying resistors.

Neither invasion truthfully did much to secure their stated intention of peace and security. Having miscalculated badly in Iraq, the United States has since backed away from the civil war it helped create. In Afghanistan, the hydra of conflicting interests has proved too daunting to tame. These ill-conceived campaigns have nurtured a network of subcutaneous terrorism that hinges on the actions of small but interconnected groups and their loners, each entrusted with nagging the Western beast.

Unlike Israel, which has long faced back-yard threats and made do in a peaceful state of permanent war, the postwar West has no such experience.

Air travel has suffered worst. Worries about hijackings and explosions have transformed once-carefree travelers into passively apprehensive prisoners of their own protection, rewarding terrorist planners with an unforeseen psychological victory.

The arrest of any suspected airplane bomber not only further winterizes the security apparatus but refocuses distracted attention to the terrorist menace and the precariousness of public welfare.

The Marxists of the 1970s would have been thrilled by such developments. Since 2001, civilian air travel has been nearly militarized. Its culture of censorship is disliked but endured. Threats are immediately rewarded with mass publicity and an raft of additional limitations. An obsession with menace real and imagined has seen societies otherwise rightly proud of the ample elbow room they afford their citizens turn resiliency on end.

New-millennium terrorism has thus completed the first step in the old-school Marxist model. Thanks in part to compliant and impressionable citizenries, the United States and some of its allies have tied securing rings around air travel without binding guarantees that similar rings couldn’t extend into other social neighborhoods. Nor does the party affiliation of the American president count for much. It’s the climate that’s been professionally altered.

Israel was forced to adjust to this harsher reality years ago, operating under de facto martial law. But Israeli authorities also understood the psychology of mayhem and its potential impact on social behavior. It worked to limit overreaction. The risk of daily violence, though palpable, was downplayed. The aftermath of terrorist attacks was met by a swift resumption of daily life, lest enemies derive aid and comfort from disruption.

Jointly gifted and cursed by the freest and most chaotic press on the planet, the United States is by contrast subject to roller coaster hyperbole. Terrorism consequentially has less to do with specific chaos (rare in the U.S. since 2001) than with an elaborate calculus of worry (“We still have to be scared,” a New York Times columnist wrote recently). It’s often hard to assess what does more harm, actual terrorist violence or the the public’s insidious addiction to embroidered menace.

During the worst years of Italian violence, the Red Brigades predicted an imminent suspension of civil liberties. Life would soon fall into the meddling hands of the police and military. But Italy played against character and denied terrorism the outsized status it sought. Major public inconveniences were few. State authorities ultimately undermined and dismantled the threat by probing its methods and making terrorism’s network of underworld allies turn against it.

The United States has instead adopted a medieval approach. Travelers seeking entry into the castle must cross moats. Air travel increasingly an act of suspended disbelief that belies the conditions of life in a democratic state.

The siege mentality thrives despite against the advice of counter-terrorist analysts who continue to insist that the billions spent on airline security be directed instead to infiltration, monitoring and policing. Then-presidential candidate John Kerry made such a recommendation in 2004, suggesting terrorism be dealt with in the same vein as underworld crime. He was derided in part because such an undertaking lacked made-for-TV executive drama. It also called for intellectual wherewithal the United States appeared to lack.

Tackling terrorism globally would require analysts who speak French and Arabic, German and Spanish; it would beg agents spread 1930s style in far-away capitals few can pronounce. Nor is it a quick fix. There’s no certainty all plots would be thwarted.

Following the arrest of Umar Farouk Abdulmutallab, the Nigerian youth charged with trying to blow up an American airliner using a chemical bomb, Senator Joseph Lieberman, who ran with Kerry against George W. Bush, made a remark that would have overjoyed 1970s terrorists. “We ought to, in our age, be able to put 500,000 names on a computer and have everybody who’s trying to come to the U.S. go through that list.” Soon after Lieberman’s remarks, U.S. transport officials again advised passengers to look out for and report “suspicious” behavior, an iffy recommendation with roots in anti-Communist era whistle-blowing.

To terrorists of another time, the badgering tone of these remarks would have been tantamount to the deployment of a division of police in the streets.

Under castle-and-moat logic, imposing harsher security is the most rational of steps. It limits unpredictability, the bane of all modern unease. Put travelers through a further sea of filters and the chance of rogue bombs is diminished. It’s an airport troop surge of a kind, and such surges are in vogue.

The continuing risk is that whole segments of an American generation grows to accept infringement as the price of safe passage; that universal anxiety and compliance become offshoots of transport, inflating the menace posed by distant lands and peoples; that imprecise enemies lists are made the subject of actual or unconscious compilation; that a generally hospitable planet is distorted into a factory of wantonness; that castle-and-moat compliance is established as a century-long pose.

The Red Brigades believed the day would come when the tail wagged the dog. Imagine checkpoints where special police searched and quizzed citizens. Imagine television propaganda that whipped up resentment under the guise of reporting. Imagine prevention gone too far. Wouldn’t even the most feeble-minded citizen finally lose patience with deformed good intentions?

Admittedly, the West’s gun-toting leftists flourished before anti-depressants existed to beat back worry. Frenzy was harder to extract from a leadership and citizenry scarred by World War II. Moreover, the guerrilla gangs still peddled ideology at a time when competing ideas still mattered. Now, potential backlash has no framework. Travelers schooled on falling skyscrapers will do what they’re told. The bother is secondary. At least for now.

“There is a strong instinct in human to lean to the powerful without even knowing it,” wrote a scholar of terrorism decade ago. Authority figures manipulating righteousness could coerce impressionable people into complying with that which wasn’t necessarily right or good, for them or their beliefs. The scholar’s name was Osama bin Laden.