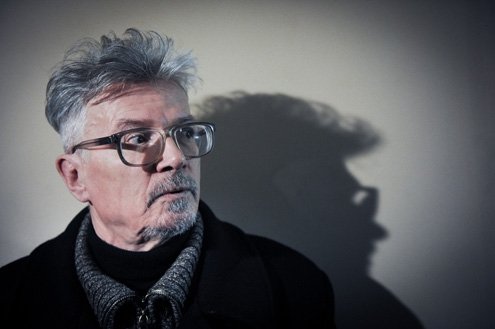 manuele Carrère’s fictionalized biography of “Limonov” — the Russian poet, activist and agitator Eduard Limonov — brilliantly encapsulates his misfit subject’s rollercoaster life. As a teaser, the American edition (Farrar, Straus and Giroux) adds the rollicking subtitle: “The Outrageous Adventures of the Radical Soviet Poet Who Became a Bum in New York, a Sensation in France, and a Political Antihero in Russia.”

This fictionalized version of Limonov, while boosted by the real Limonov’s agit-prop past, is very much a Carrère creation. Limonov’s “…romantic dangerous life says something. Not just about him… (or) Russia, but about everything that’s happened since the end of the Second World War.” Carrère’s novel does in fact span decades and geography. It even suggests a paradigm for the economic and technological changes that Western societies have faced since the war’s end.

But the political focus here is Russian upheaval, which is Limonov’s oxygen. His life is in a permanent state of flux that ratchets up the tension as he roams the globe (including stints in New York and Paris).

Born Édouard Veniaminovitch Savenko in war-torn 1943 Ukraine, Eduard grew up poor, amid Soviet repression and violence. His family was relocated first to the industrial city of Kharkov and later to its hardscrabble Saltov outskirts, where abandoned children roamed streets in gangland style. At eight he carried a knife. He wrote poetry in his teens. He then needed a catchier name. From the Russian “limon,” for bitter lemon, and “limonka,” slang for hand grenade, he created “Limonov.” He made the switch in much the same way as he invented the rest of his life, molding himself into an iconic survivor.

Carrère, a French writer and filmmaker, plays both narrator and a character in what amounts to a tale of a thug, writer, political dissident and sometime Gulag prisoner. Carrère stays true to his movie roots. He keeps the pace fast and cinematic, with strikingly muscular and agile prose punctuated with sharp irony.

How does Carrère know so much about Limonov? Well, he’s studied — and excerpted — the Russian’s own, prolific autobiographies (his sexually explicit, New York City-centered 1980 pseudo-autobiography was titled “The Russian Poet Prefers Big Blacks.”)

Limonov “wasn’t a novelist,” Carrère explains in a conspiratorial aside, “all he could write about was his life — but his life was captivating…” And Limonov illuminated every aspect of it as he rose from a destitute and dangerous youth to a man in search of heroic status. Though Carrère seldom mentions his sources, it’s clear he’s done his homework on both man and homeland. It’s also clear he identifies strongly with Limonov’s life. He confesses to having undertaken the book as part of an effort to understand his own Russian heritage, and “what it means to be a Russian after World War II and the end of the Cold War.”

He also notes resemblances. “Like Eduard, I, too, began wearing eyeglasses when I was eight.” And, “In his teens, Limonov had a passion for reading Jack London. Me, too.”

These devices help insert the reader into Limonov’s timeline, which of course reveals the true genius of Carrère’s work — namely that he never was “in” Eduard’s life. Yes, Carrère knew of Limonov’s existence over the years, but only as a bizarre and pornographically inclined figure who supported Serbian ethnic cleansing and later led a neo-Bolshevik movement in Moscow. He did briefly interview Limonov in 2009, but by then the book’s first draft had already been written.

Yet Carrère blurs the lines deftly. In a prologue that covers the years 2006 and 2007, he casts himself as attentive observer of the details of Limonov’s life, reworking episodes from the Russian’s own writings as if he’d discovered some new and vital pieces of biographical information. So it is that the book becomes an enthralling adaptation of Limonov’s overwrought confessions. “This is not a biography,” Carrère clarifies, “there’ve been lots of changes to identifying characteristics of… persons… dates, places, other details…” Yet it is those changes, and the fiction, that makes the story worthwhile.

Though something of a sideline figure, Limonov serves as indelible guide through decades of spasmodic Russian history. His life — real and imagined — is horrific proof of the way a totalitarian society can “format” a man’s existence.

Carrère’s clearly sympathizes with Limonov. While knowing his protagonist’s fascist preferences, he seeks to place him on the side of the victim. Some might label this facile and insist such distinctions depend on who’s the victim and who’s the victimizer. It’s certainly not easy to applaud Limonov’s pro-Serb phase, as he cheerleads the brutal bombardment of Sarajevo. “The difference between [Vladimir Putin] and Eduard,” writes Carrère, “is that [Putin] succeeded. He’s the boss.” And being a boss is never nice.

But being nice was never Eduard’s goal. He just wanted to be the hero of his own explosive story. And Carrère’s brilliant tour de force, translated from French to English by John Lambert, does justice to that wish.