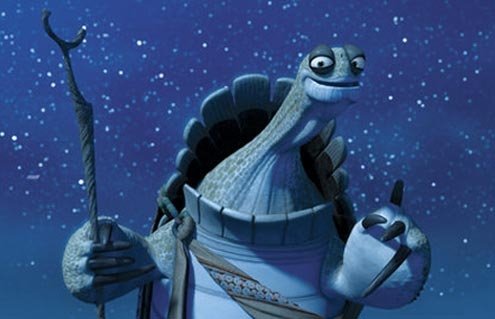 eli had missed almost a week of daycare. When I finally brought her in the teacher looked at her and asked, “Fever?” “Roman fever,” I replied, smiling. She immediately understood. “Ah, Roma è bella!”

That’s a phrase I’d taught Meli to pronounce on our recent jaunt through the Seven Hills. “Rroma è bbella!” — with the proper Roman intonation and doubled consonants. I speak only English with her, but made an exception for this. Rome is in her blood, so to speak. I feel it’s important to make it a special place.

As readers of this column may know, my wife and I were married in Rome. As more astute readers may know, my parents were married there, too. To me Rome represents continuity, a rare commodity in contemporary life.

For example, I’ve lived in 20-to-30 different houses in my life, but the Roman one is the only one that’s still there. It’s a small apartment immersed in a large residential neighborhood about half a kilometer from Vatican City, a wealthy and eccentric neighboring land. From the bedroom window you can see Michelangelo’s cuppolone soaring above the rooftops. At noon the entire apartment trembles from the noise of the local bells.

When I was a kid the first thing we’d do upon arrival in Rome was to walk over to St. Peter’s square and chase the pigeons. If the weather was nice we’d have a grattachecca, a kind of snowball. Sometimes we’d get a crescent-shaped slice of coconut to gnaw on, too. Maria, the snowball maven, is still running the small kiosk outside the famous square. Continuity.

Another thing we always made time — and room — for were supplì, one of Rome’s street food staples. Supplì are rice balls with melted mozzarella bombs at their center. When you bite into one the mozzarella should stretch out like a telephone line (hence the full name, supplì al telefono.) And they should be red, not white. Beware lousy imitations!

These days Roman street food is more varied than it was when I was a child. You can get fresh-squeezed pomegranate juice in Campo de’ Fiori, a falafel sandwich and baklava or even a kosher burger and fries. These innovations mirror the changing face of the Eternal City.

My father was the only one in his family who ever embraced change. I suppose I inherited it from him because my other Italian relatives are positively allergic to it.

My uncle, who left Rome for the Adriatic Riviera almost 50 years ago, no longer recognizes the city of his childhood. It depresses him to visit. He grew up during the postwar period, in Pier-Paolo Pasolini’s Rome, when there were fewer cars. You could play soccer in the streets. Shops were closed on Sunday. And you didn’t have to pass through a metal detector just to catch a glimpse of the Pietà in St. Peter’s Basilica.

On our trip we took Meli to the bioparco — otherwise known as the zoo. When I told my aunt where we had spent the day an expression of impatience spread across her face. “I hate that name — bioparco. When I was young they just called it the zoo. Italian isn’t good enough anymore?”

(What I think she meant was that “zoo” was an Italian word, whereas bioparco has a newfangled ring to it, probably the nefarious influence of English. I tried explaining that both words actually originate with Greek, but as you probably guessed it was pointless.)

Rome is a very old city, and it would be absurd to assume people have always lived the same way here. Once there were horses, then a few cars. Now there are lots of cars. In the future people may ride floating scooters. The problem is that most humans think the world began changing when they hit puberty.

Here I’d like to quote Meli’s favorite philosopher, Oogway the Tortoise: “The past is history. The future is a mystery. Today is a gift. That’s why it’s called the present.”

Or, as the Romans used to say, carpe diem.