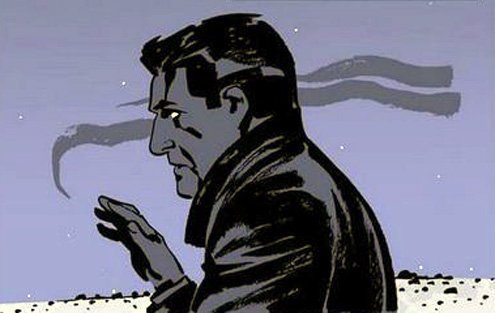 I'd feel better "with 'compagnia bella', he said.
M

y Italian publisher had an immoveable vision regarding love affairs. They were about sex alone. Whenever I mentioned a relationship gone wrong he’d sigh as if compelled against his will to speak to a child. “Why be upset,” he’d say, “you had her.” My brokenhearted resistance was met with more impatience. “You had her,” he’d repeat.

The act of briefly having was a good predator’s reward for sexual accomplishment. And all men were predators. Dressing in Valentino suits or driving Mercedes (he did both) were accoutrements and means. What men did, said my publisher, was forage hard for females, “have” them, to then broadcast their details of the conquest and move on.

This is certainly what he did. Every day it seemed. I tried sounding miffed but it was his paper; I had to listen.

He’d often call me on deadline to tell me about a new young conquest. “I should start an orgasm clinic,” he’d croon. Or, “I should teach a university course on love.” One of his “haves” was a 21-year-old British woman whose heroin habit he funded. “I feel sorry for her.”

Always-decadent Italy was particularly so in the 1980s. Licentiousness extended into government. The prime minister lived in a dimly-lit hotel whose alcoves upscale hookers knew better than lipstick color. The foreign minister was a disco-hopper. Rome seemed more earnestly hedonistic than ever.

But my 1980s publisher wasn’t new to the hunt. In fact, he followed on the heels of a previous daily newspaper chief, this one somewhat younger, a decade before. An American raised in Rome, brat of a patrician family, his father had shoved into the army, which summarily discharged him, dishonorably. He had a killer smile. Mischief followed.

That newspaper was like a harem. Young women came and went. He hired some, slept with others, pushing a few my way as employees. I was mostly polite. “He’s so sweet,” said many women, oblivious to the recklessness, or maybe lured by it. He drove a Porsche which he parked on the street in front of the building. He got ticket after ticket, which he tore up in public. He argued with the local cops, charming a few and bribing others. He was his own free show.

I paid little attention to the prevailing sexual undertow until one day at lunch he told me of his plans for fatherhood. He already had one child by an estranged wife. “I want a kid from six different girls,” he said. The grin popped out. “Six.”

By the time I left he’d made good on three. The latest had been a teenaged Rome woman who was secretary, assistant, lover, and a member of the typing pool. She’d storm into the lobby dressed in a miniskirt and disrupt meetings unannounced. She thought closed doors meant he might be with another women (not unreasonable). She raged and ranted. Later, after bearing his child, she too slipped into drugs. I saw her once on the street. Pity wasn’t the word. I doubt she survived.

My 1980s publisher knew a bit of this story and delighted in disparaging my previous boss, who wasn’t his equal, he said. “To have women, you must offer them something, a kind of elegance,” he said. The Italian publisher wore immaculate suits while the American countered with shredded blue jeans. But both men worked on themselves. Both trained and trimmed and enumerated their pleasures, whetting as many as possible at once.

“My trouble,” said the American, who was then in his 30, “is that I love women to death.” Of all the things he ever told me that statement seemed both the most credible and credulous. He couldn’t stop nourishing his harem. He seduced to placate himself, and to smile. Depraved, yes, but oddly endearing.

I’m not good with women, I told my 1980s publisher after he insisted on knowing why I didn’t take him up on his offerings, graduates of his love and orgasm clinic, women he’d had and were apparently available for further having on request, or so it seemed.

He’d call me on deadline and whisper doubletalk lewdness. I’d feel better “with ‘compagnia bella‘, he said. I could “learn,” he told me. Patiently, I replied that I’d yet to edit the front page story let alone write headline. It was his paper. Distracting me served no useful end. We’d be delayed. We wouldn’t make it to Milan newsstands, let alone Athens.

“You think too much,” he reproached me. “Pure pleasure is not to think.”

But would pure pleasure put out the front page?

I was thus declared a lost cause, an American’s American. He was always pleasant, until he closed the paper in a rage.

The last time we spoke, before he fired me following a bout of excess seriousness on my part, he asked me about the woman with whom I’d been briefly involved. He’d met her. She was very pretty, he said.

A second before he got to the carnal knowledge, I hung up.