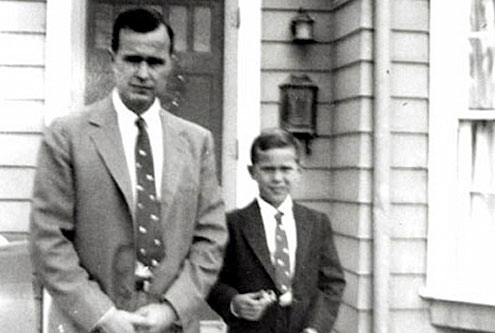 U.S. intelligence report concluding that Iran suspended its nuclear weapons effort in 2003 is landmark. Not merely because it rattles the dubious premises of recent American foreign policy but also because it represents the first recent effort to rationally temper, not amplify, the hysteria that has been made incandescent in 9/11’s protracted aftermath.

According to the document, approved by all major U.S. intelligence agencies, Iran suspended it’s weapons research four years age, choosing instead to focus on how to make money from atomic energy — a free-market, CFO-style approach to survival.

The report follows four years of Bush Administration depiction of no-fun Iran as a Muslim desperado intent on acquiring (and by implication detonating) an atomic device. Former United Nations Ambassador John Bolton, a mustachioed Teddy Roosevelt caricature, furnished bully-pulpit remarks a few weeks ago. “I think diplomatic approaches are not going to stop Iran from continuing to perfect its nuclear-weapons programs. Our options are very limited and not all that attractive, one being regime change in Tehran, the other being the use of force.”

Though Bolton was promoting his memoir, he was also hawking a tried-and-true bill of goods. Coarse impunity toward enemies is now sleazily routine. When it comes to Iran and North Korea (and before that, Iraq) contrived baiting appears to round out enmity’s holistic approach. No surprise that the American presidency has depended on apprehension to woo and cow fence-sitting constituents, corrupting and bypassing intelligence — or worse still, making it self-serving.

Iraqi secular tyrant Saddam Hussein, his military machine diminished by years of embargo, his options limited, was remade into a nuclear and biological carnivore whose deposing was nonnegotiable. He was the sum of all fears, the possessor of asps and arsenals, the caresser of Islamic extremists — a sublime misalliance, since the two sides hated one another. (Saddam certainly didn’t help himself by behaving like the Middle East’s Hugo Chavez after 9/11.) To its lasting discredit, the U.S. media took dictation. Orange Alert Americans were duped. Global leftists, still desperate to wash out the Stalin-appeasement stain, signed on giddily. The rest is ongoing history of a distressing kind.

Iraq had no atom bombs or germ canisters. It even had fewer gulags. Saddam was a con man and assassin of uprisings in a region rife with ruffian nationalists who dress in colonial khaki, apply new battle ribbons daily, and aspire to private showings of the 19th-century — case in point Pervez Musharraf, Pakistan’s capricious maybe-yes, maybe-no general.

With Iraq “secured,” fear mongering was applied Iran. This proved easy since its president since 2005 was an Islamic-style Saddam, a media-friendly rhetorician with charismatic energy and a winking penchant for Holocaust denial. He talked the nuclear talk with half-ironic aplomb, but mostly laid off the menace.

Which came instead from Washington, with Fox News and Bolton clones laying into Iran as if it had armies and fleets at the ready, not to mention oppressive surrogates working to exacerbate the predictable U.S. downturn in Baghdad. Iran, like Iraq, became a receptacle for half-truth warnings, absolute but incompetent.

The risk posed by alarmism isn’t its dishonesty (connivance is endemic) or even how quickly it can be disproved — witness the unusually candid intelligence report. The problem is how first impressions stand their ground. Populist images of monolithic enemies are rousing and arousing. (“Your debutante knows what you need, but I know what you want…” — hello, Bob Dylan.)

Like most populations, Americans get their cues from television. Few read Foreign Affairs. News is watched incidentally, with barking more memorable than restraint, and anything better than intellect. Since 2002, the Bush Administration has fed outrage with red meat. Most proselytizing, religious or secular, depend on repetition. Washington has flayed the same themes and pilloried the same culprits. For every skeptic, 10 alarmists have been groomed.

Maybe the report will dislodge a few of the alarmists, or get them to think twice. (Whatever their shortcomings, Americans can change their minds — fast.)

It will be manipulated by election-year Democrats — some of whom, including Barack Obama, recently upped their Iran growl. Bush the Younger has already ignored the report’s central assertion, and demanded — in yet another condescending speech — that Iran “come clean.” In all likelihood new-age gunboat diplomacy has only been sidetracked.

When the Iraq invasion went awry, Washington rationalized its legitimacy in terms of the intelligence available at the time. The tom-tom resentment directed at Iran was similarly justified until the latest (and unwanted) intelligence defrocked the Bush and Bolton crowd. But Iraq and Iran were always comic books. They never wielded Ninja-like influence. Never. Tough and nasty customers both, indubitably. Blow-up-the-world villains, no. Common sense should have prevailed over intelligence’s shortcomings. It didn’t. That’s because common sense has no paperwork. It’s gut-level thinking combined with a visionary sense of how the world should or shouldn’t be connected. And it emanates from the top.

Bush’s tone has been his policy and his policy a function of his tone, all of it in militant, cartoon synchronicity. The sympathetic side (yes) of his hostile, black-and-white vision is an aspect of his legacy that his successor, intelligence reports and partisan affiliation aside, will struggle long and hard to dispel.