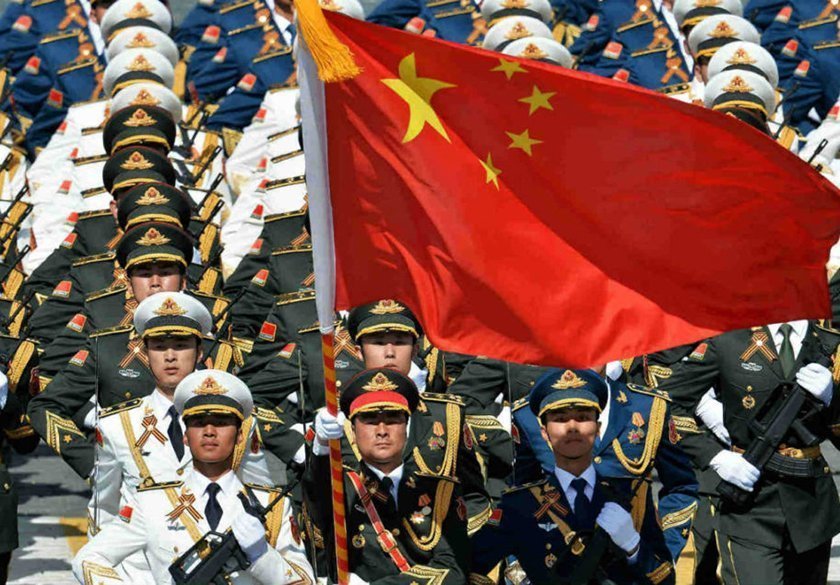 China: First and foremost, the languages of power, authority, and force.
I

t has long been debated whether it is better to chase and amass money or power. Predictably, most people want both but sometimes choices must be made. Business-oriented folks make the bet that the accumulation of money will allow them to eventually buy power and pay people off. While government-focused officials tend to believe that building power will give them the ability to control both money and people. Whatever the choice, it is a sovereign one. And trying to force a person or a country into selecting one route over the other generally does not work out.

And the situation is no different with China. For decades now, the international community has tried to force China to choose money over power. And for decades, China has actively resisted that choice, fiercely guarding its power, or control, over its own people and other countries. The efforts of the international community have largely not worked. And the recent events in Hong Kong should put to rest any notion that they ever will.

One can’t really blame the international community for trying. Western democracies, which lead and dominate the community, long ago chose money. It is the language they speak almost exclusively. By developing into free-market capitalist countries, they gave primacy to their economies first, allowing their people freedom and self-rule, and became rich and prosperous. This prosperity then powered their global ambitions and allowed them to exert influence over large swaths of the rest of the world. For them, this was surely the best path for a country with superpower aspirations. Wouldn’t any country want this? Apparently not, because China chose the opposite route. And continues to do so.

Western democracies, which lead and dominate the community, long ago chose money over power.

This story begins in 1979 when the United States re-established diplomatic relations with mainland China after a 30-year gap following Mao Tse-Tung’s communist revolution. At the time, the two countries signed a bilateral trade agreement. As much as the opening was driven by economics and access to material goods, it was also motivated by politics. According to theory, by exposing China to western goods and ideals, China would see the prosperity it could achieve, eventually relinquish control over the daily lives of its people, and embrace democratic principles — i.e. choose money over control. Given that the vast majority of Chinese citizens lived in poverty at the time, this seemed like a good bet.

From there, the relationship developed in fits and starts. The United States granted China temporary most favored nation (MFN) trade status in 1980, but trade continued to be hampered by various tariffs and disputes over human rights. In 1993, the Clinton Administration formally linked renewal of China’s MFN status to seven human rights conditions, including ones related to Tibet. Although this linkage would later be reversed, the message was clearly sent that the United States expected human rights reform in China as a condition for increased trade — another instance of trying to force a choice of money over control.

In short order, international economic organizations began to include China, culminating in its admittance as a formal member of the World Trade Organization in December 2001. As a condition of admittance, China agreed to undertake harsh reforms to open up its economy. Again, the theorists proclaimed that by liberalizing its economy, China would eventually liberalize its political system as well, breaking the communist grip. Simultaneously, the United States granted China permanent MFN status.

Numerous other actions have been taken in the past 40 years to integrate China into the world economy. Each one made on the bet that exposing China to western ideology would, with luck, translate into political reform. The biggest bet among all these actions was the transferal of Hong Kong from British to Chinese control in 1997.

Deng Xiaoping, China’s leader at the time, designed the “one country, two systems” policy that is now under strain and sought to use that policy to guarantee Hong Kong’s way of life for 50 years. That way of life included democracy, autonomy, a free judiciary, and freedom of assembly, all of which turned the city into a global commercial metropolis. This policy was the blueprint for preserving Hong Kong’s capitalistic prosperity, preserving the financial and trade links that were critical to China’s own ambitious future.

And if China had chosen money over control, all it had to do was — nothing. Under Deng’s system, it could simply sit back and watch as immense amounts of wealth generated by Hong Kong poured into Beijing’s coffers. Hong Kong would continue to be a global financial hub, and the benefits would flow to China, rather than Britain. In return, Beijing simply had to let Hong Kong exercise its autonomy, including the occasional rabble-rousing.

Yet, even this proved to be too much for Beijing. As the years passed, the increasingly authoritarian government could no longer abide by the deal that Deng had made. And it started to clamp down on the very freedoms that made Hong Kong what it is. The more China clamped down, the more the residents of the city seemed intent on expressing those freedoms.

This has come to a head in the past month, as Beijing imposed new security legislation that would give it broad authority to directly respond to protests and other political challenges. On top of the effects of the COVID-19 pandemic and months-long political unrest, the new laws represent a serious blow to investor and tourist confidence, both of which are necessary to maintain prosperity. Just as seriously, the legislation has put at risk the free exchange of information that is critical to Hong Kong’s economic success.

Hong Kong would continue to be a global financial hub if Beijing let Hong Kong exercise its autonomy.

All this uncertainty could potentially cause an exodus of residents and investments alike as people seek stability elsewhere. This again threatens Hong Kong’s longstanding status as the conduit of money between China and the outside world. As Hong Kong opposition lawmaker Dennis Kwok put it recently, “This is the end of Hong Kong. I foresee that the international status of Hong Kong as a city – and international city – will be gone very soon.” Whether that statement turns out to be accurate remains to be seen, but Beijing is clearly pushing Hong Kong in that direction.

Why would China do this? To western sensibilities, decimating a vibrant economic engine for increased political control makes no sense. But Beijing has never cared about western sensibilities. The Communist Party made the requisite statements that the security legislation is needed to protect the city against “external” forces. One can assume the real reason to be radically different — that it has chosen to control its people in any way it can. And it deemed that the residents of Hong Kong were getting out of control. In such a mentality, no amount of money can compensate for loss of control.

In response, western governments are re-evaluating their relationships with Hong Kong. On May 29, the United States announced that it would revoke the preferential trade and travel treatment that Hong Kong has enjoyed since 1992. This retaliatory step only further threatens the city’s status as a commercial capital.

By threatening Hong Kong’s economic health, this policy again tries to force Beijing to choose money over power, and thus is simply a continuation of the same policy mindset of the last 40 years. This policy has not worked thus far and there is no reason to expect that it will work in the future. If anything, the recent events in Hong Kong prove that no amount of money will persuade Beijing to give up even the slightest modicum of control.

To truly make an impact on Beijing’s behavior, the United States and others in the international community will need to recognize the choice Beijing has made and overhaul their policy approach appropriately. They can start by abandoning the language of money and adopting the language of power and control, the only language that Beijing understands.