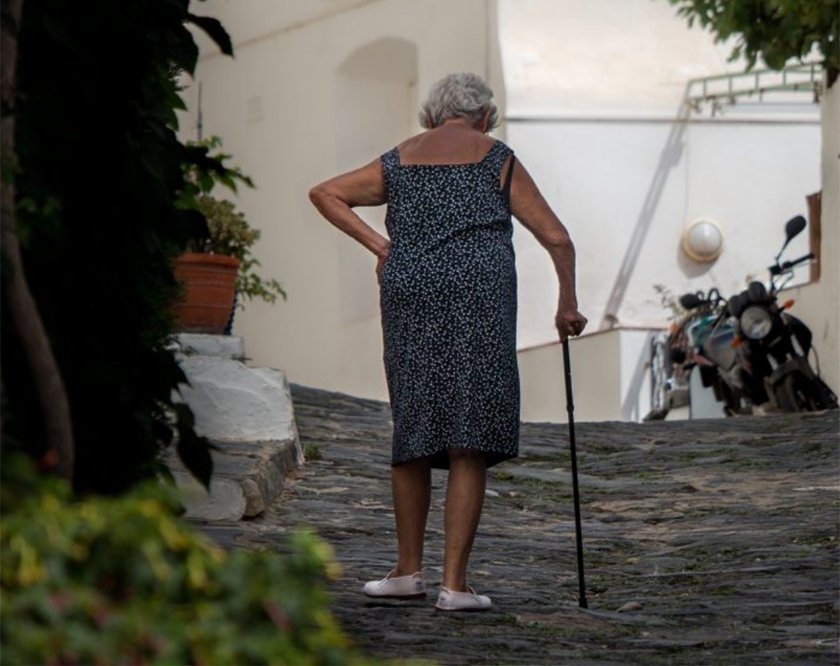 What we perceive as weakness can sometimes give us new strength.
I

have always prided myself on being a strong woman. Coming from the markets and local grocery stores before there were any supermarkets in Rome to speak of, I would carry a heavy bag on each finger filled with three liters of milk, one kilo of flour, another of sugar, various kilos of fruits and vegetables, and walk the five blocks back to my house. My fingers were like steel hooks.

When I used to visit the States once a year — before suitcases had wheels and airlines had weight limits — I would return with huge soft suitcases stuffed so full they were practically round, strapping tape wrapped around them lest the seams give way and burst.

Those were the days before the Internet and online shopping, and I carried everything from a set of cast iron pans to a Kitchen-aid mixer, kilos of raisins, brown sugar, clothes for a year, objects I’d had to leave behind, lots of books and all the stuff that was impossible to find in Europe or to too expensive to consider purchasing here. I would haul them from one terminal to another in airports with no trolleys, with two or three carry-on bags draped over my shoulders.

In hindsight, perhaps this wasn’t such a good idea.

Such displays of strength can give others the impression you can keep piling it on — that nothing can wear you down. Which is, of course, an illusion. Your vertebrae and joints eventually begin to defy those perceived impossibilities with wear and tear,as torn meniscuses and painfully herniated disks slowly evolve into nerve damage. As a result, I’ve recently been advised to walk with a cane so as not to stress my knee.

Displays of strength can give others the impression you can keep piling it on — that nothing can wear you down.

And a whole new world has opened up for me.

I’ve found myself suddenly treated as a cute little old lady in need of help. (Really?! Me?!) I am politely offered seats on the bus. If I fumble and something falls, three people rush to pick it up. To my surprise, I’ve even discovered that my new dentist uses the same chair-side manner as he does with the little children who visit his office. (Incidentally, he was recommended by a friend with small children.)

After a lifetime spent displaying my strength with pride, the special treatment was a bit of a put-off (“Hey! I’m a strong woman!”). But it wasn’t patronizing. At least, not like the doctors of my first experiences in Italy who would answer my questions with, “Non si preoccupi, Signora, ci penso io!”

Instead, my cane has transformed the world’s reaction to me — it has become a symbol. I am now treated as someone who might be vulnerable, fragile — a bit like skin growing thin and weak with age.

“This isn’t too bad,” I kept telling myself at first, as if to convince someone skeptical of a stranger’s kindness.

There is a sense of power that can come from weakness.

There is a sense of power that can come from weakness, though — and, eventually, I embraced it.

When I cross the street at the crosswalk now, the cars all stop. To those that don’t, I raise my cane in front of me and give them a look as if to retort,“I’ve got a cane and I know how to use it!”

I’ve finally stopped being apologetic about the seats on the bus being offered to me — unless, of course, the windows are closed near the seat offered. I allow myself to be ushered ahead. I accept help for things I can do myself. Perhaps I get a look of concern.

Someone says, “Ohhh does it hurt?” or, “What happened?” and I don’t rush to say it’s okay.

I’ve never known helplessness before, but maybe it isn’t all bad.

And, of course, if someone gets pushy or thinks they can take advantage of me, I still have my cane and know how to use it.