Cancer of the coin 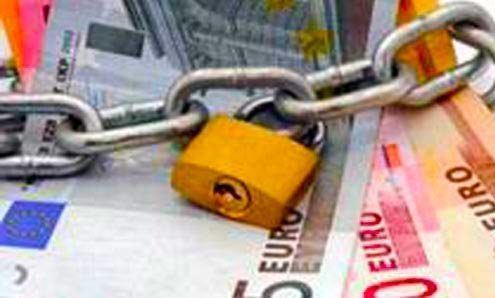 The Italian republic can seem to be founded on selective amnesia, unreturned phone calls and dodgy accounting.
E

very country has its paradoxes. In the United States, the same people who say the constitution protects life-in the form of fetuses-also say it protects the use of automatic weapons whose only purpose is to kill humans very fast.

In Italy, the constitution’s first article reads: “Italy is a democratic Republic, founded on work.” When courts force employers to rehire fired embezzlers or saboteurs, this does indeed seem to be a founding principle.

But if you have struggled to be paid for goods or services provided under anything but a salaried contract, you probably think the Italian republic is founded on selective amnesia, unreturned phone calls and dodgy accounting.

We all have examples: a merger specialist who waits years to be paid by a company that then goes bankrupt. An architect who is never paid for designing a house for friends, where she is later invited as a dinner guest. A university student and computer whiz who fixes business IT systems, but is “out of line” when he asks to be paid market rates. A domestic worker who awaits her tredicesima Christmas bonus as the family she works for enjoys a lavish vacation.

Requests for payment are brushed off or met with condescension: “Lighten up. You’ll get it.” Or they generate passive aggression: Times are hard, architects should be grateful to have any work at all. For young people, the opportunity to “practice” a skill is payment. Domestic helpers are lucky “to be part of our family.”

Perhaps you’ve even tried to protect yourself up front and asked for a contract. Ma no, you are told, this is between amici! A contract will just make a lawyer rich…

Italians are hardly unique in being reluctant to pay. However, the Italian tendency to blur boundaries between friends, family, and money can turn a human foible into a destructive habit.

Italian notions of power and respect don’t help. Client relationships with hierarchical dynamics are the engine of Italian business, politics and social life. Italians often forget that the Latin root of “respect” is mirror. “Respect” means equal and reciprocal, as in providing goods or services and paying for them. Many Italians believe respect means bowing to greater power as in “Essere forte con i deboli, deboli con i forti.” Be strong with the weak and weak with the strong.

If your requests for payment are fobbed off with excuses, be consoled that you are not alone. In Italy, the average time between services rendered and payment is 229 days; 150 in the north and 300 in the south. Italy’s public administration takes a minimum of 180 days to pay. Measuring the total amount of money not reaching creditors is virtually impossible, but one fact suggests its magnitude: The Italian state owes architects who have worked for it the astounding sum of €500 million.

That’s a lot of checks in the mail, and a lot of money not being re-injected into a struggling economy – particularly in the south. It also means postponed business investment, doctor visits and schooling. Worst of all, it means hopes and dreams going nowhere.

Being the country of the arrangiarsi, the “making do,” Italy has found unique solutions. The country is one of the world’s biggest users of “factoring,” the practice of having third party intermediaries (factors) tide businesses over by paying on behalf of the creditors they then collect from later (for a fee). This is a €500 billion business (most of it ironically shared by big banks Intesa San Paolo and Unicredit). Factoring works just fine if the debtor is a big company or the state, which though Italy’s biggest deadbeat will eventually make good. However, it is impracticable or impossible when applied to individuals, such as professionals, or the small and medium businesses that are the backbone of the Italian economy. In fact, Italian laws say professionals (e.g. the aforementioned architects) who are owed money by the public sector have fewer rights than businesses.

Americans use plastic to float families and small businesses through bad times. But credit cards are less common in Italy, sending many of the hard up to loan sharks. Strozzini (stranglers), as they are known, take many forms, including “helpful” neighbors, companies (there’s Compass, which belongs to Mediobanca), and outright thugs. With few exceptions, non-bank loans lead back to organized crime. Lending overnight funds to shop owners, repaying gambling debts, or helping out with the rent is highly profitable for underworld organizations that have drug and prostitution cash reserves.

Mobs that once looked down on loan sharking now see it as a win-win business. It can bring in over 10 percent monthly in interest and is ideal for money laundering. Even low-interest rates to businesses are a boon, because they allow the Camorra, Cosa Nostra and ‘Ndrangheta to take over legitimate businesses that fall behind on payments. Judiciary authorities say illegal lending, worth €190 billion, has been organized crime’s ticket into the legitimate economy. It has also grown dramatically during the financial crisis, bringing with it an in increase in violence — beatings, murders and suicide — that keeps the collection system working.

The Mafia’s enforcement techniques, like factoring, are not available to most of us awaiting a paycheck. But both are symptoms of an apparently harmless national quirk that is anything but that.