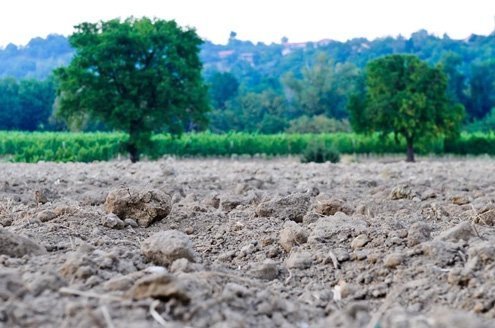 ast month I covered Campania’s often overlooked coastal wine-growing areas, including Capri, Vesuvius, Paestum and Cilento. After that, we headed inland, to the southern end of the Apennine Mountain range and the uniquely rugged territory known as Irpina.

Hilly Irpinia — once home to the ancient Hirpini people — is almost dead east of Naples. Temperatures dip noticeably as you trek from the Amalfi Coast’s sunny coastline to Irpinia’s capital, Avellino, which is no stranger to winter snowstorms. Many local vineyards are perched as high as 1,900 feet above sea level. Elevation combined with fluctuating seasonal temperatures makes wine-growing a trying exercise. But a more pertinent question is how the lay of the land influences the glass of Fiano di Avellino that we’re about to taste.

The vast temperature swings found around Avellino are the factors along with soil, elevation, and the wine makers’ hand that turn grapes into food-friendly dry whites that are light to medium bodied with medium to high acidity. In wine, the terms “body” and “acidity” can be confusing. With body, think of weight and texture — if light is like skim milk, full is like heavy cream. With acidity, conjure up lemons. You’ve probably had fish and chips topped off by squeezed lemon juice to break down the fried, battered cod and sneakily cleanse your palate. That’s how acidity works in wine.

Combine rich land and heritage with swaying temperature and you get some special wines. As I’ve mentioned before, winemaking in Campania is an ancient industry that dates to the Greek occupation of southern Italy. But the provinces of Avellino and Benevento are also highly seismic. For centuries, they endured volcanic eruptions, lava flows and ashen winds (grapes were eventually planted on the slopes of Mt. Vesuvius). Volcanic soil is a key aspect of taste when it comes to local wines.

We began our inland trek by drinking Fiano, a star among Italian whites. Fiano di Avellino is just that: a wine made from the fiano grape variety grown near the city of Avellino. These grapes are at home in volcanic soil as well as in sand, silt or clay. I’d gladly spend an evening with a bottle of Fiano di Avellino alongside mozzarella di bufala and spaghetti alle vongole e pomodorini.

But the group was also eager to taste some lesser-known wines made from the Fiano and Aglianico grape varieties.

We stopped first at vintner Guido Marsella’s small farm. He has 10 hectares, about 25 acres, of 20-year-old vines in a hilly area outside the village of Summonte, 2,640 feet above sea level. Marsella took up fulltime winemaking in 1995 and was among the first fiano producers to hold back on commercial releases, often waiting as long as 18 months after bottling. Marsella is convinced the wait time ensures the emergence and expression of the wine’s natural characteristics. Recently, many of his neighbors have followed his lead.

We tasted the Guido Marsella, Fiano di Avellino DOCG, 2011 (14%) €23. This is a rich and complex wine with pear, smoky and briny aromas (think olive juice) and a nutty finish. We loved it with an appetizer of anchovies in extra-virgin olive oil and crusty wheat bread.

Our next stop was a neighboring Summonte vineyard run by Ciro Picariello, a practitioner of natural winemaking. Though Picariello makes a range of wines (he planted his first vines in 1992), he’s among the finest makers of Fiano di Avellino. Picariello waits at least 12 months after harvest before releasing his Fiano.

We opened Ciro Picariello, Fiano di Avellino DOP 2012 (14%) €15, made with grapes from Summonte and Montefredane. The wine was bright with tangy acidity (think green apples) with distinct aromas and the flavor of orange blossoms, rosemary and toasted almonds. It also had a smoky minerality, like flint.

My clients were perplexed at my mention of flint. As a curious kid, you may have once licked a smooth stone and gotten a sense of its taste. That’s flinty — a stone-like mineral smell and taste. Try this wine with lemony roast chicken and potatoes.

Next up was Montemarano, known for its Taurasi wines. Taurasi comes from Avellino’s hilly and higher elevations, where volcanic deposits, limestone and marl are central to the soil. Il Cancelliere Azienda Vitivinicola, owned and operated by the Romano family, is 1,800 feet above sea level. The high elevation means major swings between daytime and nighttime temperature, which helps lengthen the ripening season and generally leads to more tart, cooler climate wines.

We tasted the flagship Nero Né Taurasi DOCG 2008 (14.5%) €25 made from 100 percent Aglianico. Aglianico is big and noble, its strong personality shaped by high tannins (that astringent sensation, as if your mouth’s drying out) and medium to high acidity. Our glasses were filled with the aroma of black currants and roses. The wine was delightful with aged and tangy caciocavallo cheese. It would be scrumptious with beef stew or grilled sausages.

The wines I’ve mentioned in this two-part series represent only the tip of the Campania iceberg. Trust me when I say I haven’t even gotten started.