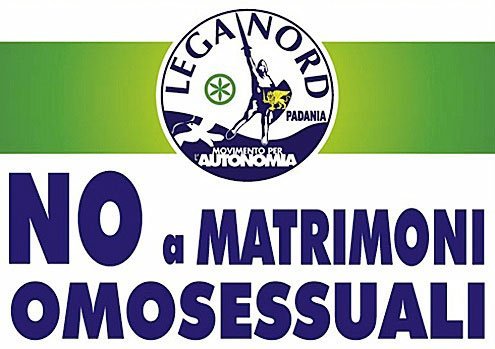 The song remains the same...
&

Traffic, disorder, chaos… all of the slogans the Lega North has directed southwards in recent years have galloped through my head over the last several days since arriving in Turin for the Winter Olympics.

Granted, a run-up is a run-up. Still, the roads are a mess of detours and open worksites. This morning I was stuck in traffic for an hour to drive 10 kilometers. One of the planned metro lines has been finished, but not all of the stops are functional.

And this comes as the world turns its eyes to Italy’s Olympic host city.

Didn’t local administrators (as well as national ones) know that the competitors, journalist and fans were on their way? Personally, I have been getting press releases for more than a year now, and all sounded pretty set to me. I know journalists and PR folk who have been in and out for the last six months attending events in preparation.

So this leads me back to the question — where is the Lega Nord, the breast-beating, torch bearers of northern superiority, when they are needed?

You know, that elevated class of the enlightened who say that if the country was in their hands, bureaucracy would be streamlined like Dieter’s waist, corruption would be eliminated and efficiency would rule this country with wizard expertise. Many Piemontesi voted Lega in the last regional elections, and a recent, independent survey said that over 40 percent of Piemontesi were “sympathetic” to the Lega’s views, especially regarding stiffer immigration regulations for “non-Europeans.”

Posters, billboards and canvassers handing out fliers and oranges abound. But I don’t quite here the rumbles of protest and recognition of, dare I say, inefficiency right now.

Post-traffic punch-drunk this morning, I slid into the brightly polished Lingotto Center and went into the bar to grab a caffe latte — my regular… I am a creature of habit, especially in the morning. The Torinese barman looks at me as if I had ordered battery acid. He then corrects me and explains what I must want is a latte macchiato. To which I engage in an explanation of what a latte macchiato would be in Rome — not what I want. And that instead, a Roma they make a caffe latte with more coffee, less milk, etc… “Rome!,” the barman exclaims, “What chaos. How could you ever live there?”

Life is made of choices and timing. With a shrug, I let that one go. Rome has been my home for 11 years, and over the last decade the north-south divide has been waved at me so many times that I hardly see red anymore. But I hear it often when I come north.

Maybe the fact that I am a foreigner leaves the door open wider for Padania Pride to come out. On a scale of one to ten, Milan is the worst for getting guffaws when I meet people and say that I live in Rome. But Turin, for as friendly as the Torinese can be (and as yummy as their chocolate tastes), is right up there with Milan for snobbing Rome. Of the five taxis I took over the last few days, only one of the drivers had ever been to Rome — forcibly on a school trip when he was ten. The other four said that it wasn’t a consideration.

Back to the barman — with one more shrug and a gentle smile of understanding, I noted that I remember Turin 11 years ago, where I spent the first six months of my Italian sojourn. It was a town constantly strangled by traffic and not the organizational paradise I dreamt of coming from the more Machiavellian-than-Machiavelli stronghold of Hungary, where I lived in the early 90s. The Olympics certainly are confounding things, I conceded, but the amount of unfinished roadwork is baffling. Even the hotel I am in only opened on the 6th, the day I arrived, and is still a work in progress. Kind of exciting if one likes change… everyday there is a new addition when I go downstairs, including panelling, wiring and phone lines.

Anyway, tired of that discussion, the barman decided to close the caffe latte discussion by explaining that what I wanted is called a “marrochino.” A Moroccan.

Cut to one of the latest tirades by Lega Parliamentarian Maurizio Borghezzio. Leading Lega leaders — hardcore anti-immigration, xenophobic at his best, hate-inciter at his almost worst. Is that what the Lega is about? North-south discussion more than development issues. The marshal mayor of Treviso, Gentilini, attempted to certify the locals’ DNA as “pure.” To his dismay, university scientists proved him wrong.

So, this in mind, I ask the barman, “why marocchino, because of the color?” His response may be his own, but I fear not. “Yes, the color,” he responds, “but mostly because it is more bitter.”

That, I fear, is where the Lega can be found. Not in the slick infrastructure, or extraordinary city planning. But dancing behind social issues that need deconstructing as much as the next metro line needs constructing. One thing is for sure, getting around during the Olympics will not be as smooth as ice skating, no matter how popular the Lega is.

— Texas native Kate Carlisle is a veteran Rome-base journalist. She is the author of the Cadogan book, published with the Sunday Times, “Working and Living in Italy” and has been a correspondent for Business Week and People.

About the Author: Kate Carlisle

Texan native Kate Carlisle has been in and out of Italy for 16 years, and based in Rome for 10 of those. Author of the Cadogan book published with the Sunday Times “Working and Living in Italy” she is also a feature writer for various publications, such as Italy, Italy and People magazine she has written on the country’s claims to fame such as fashion events and gastronomic wizards. As a special correspondent for Business Week magazine, she was the recipient of the Sidney Hillman award for investigative cover story on human trafficking and slave labor in Europe, and also nominated for the Livingston Award for the article "From Bad to Worse in a Gypsy Ghetto." A passionate advocate for human rights, and human rights monitor for the European Roma Rights Center (ERRC), Kate contributed to the research and writing of "Campland: The Racial Segregation of Roma in Italy."