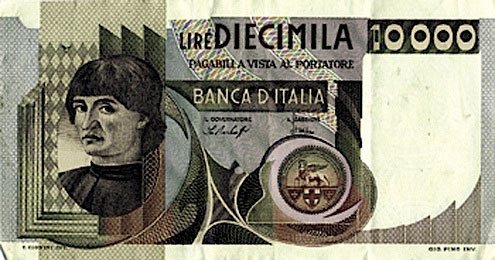 Those were the days, my friend...
I

n October 1999, before leaving Rome for a three year stint in Prague, I took two young American friends to my favorite restaurant, a thriving family-run trattoria on tree-lined Viale Parioli in northern Rome. It was a traditional place in the days before millennium fever focused attention on spangled wine bars and halogen-lit cuisine. There, on a warm autumn evening, we ate and drank and sipped amaretto. The “friendly” bill took into account my longtime allegiance to the restaurant and came to 80,000 lire.

The total, less than $40, bore no relation to menu prices. I reassured my stunned friends that all was well.

Rome has always been a Latin Big Easy, a loud, lusting, disingenuous city dependent on favors given and owed; a cosmopolitan metropolis in name only where everyone, not only those privileged few earning dollars or Deutschemarks, could improve on their station.

Some memories are quaint.

• In 1985, a Rome journalist colleague flew West around the world on a Thai Airways ticket bought from a travel agency for 650,000 lire, or €325. Good luck finding a summer roundtrip to New York City for under €1,000.

• My salary as sports editor of the Rome Daily American in 1975, my first job, came to 250,000 lire monthly, about €125 (usually paid with a two week or one month delay). Sadly, the modest wages and the late paydays haven’t changed much, particularly for freelancers.

The Refined Price Index, an economic indicator that informally groups property costs, food prices, luxury goods, and basic medical services, says the euro Italy of 2005 is 70 percent costlier than its lire counterpart in 1995. Inflation and cost-of-living hikes explain away up to 30 percent of the difference.

The rest, however, is Europe seducing Italy’s meek home-grown economy into the draining mainstream and ending an age of innocence. Gone are the days when a 1.2 million lire monthly income, grievously low by northern European standards, permitted a lifestyle that included rent, utilities and occasional luxuries.

The beloved and beknighted lire, renowned for confusing tourists because its zeros escalated fast into millions and billions, finally turned on Italians. Since a one-euro coin equaled nearly 2,000 lire, it briefly seemed that less was more. Soon enough it became clear that millions were now hundreds. All had been downscaled. Printing the equivalence between the old currency and the new on receipts made it all the more bewildering. And bewilderment incites mischief.

Merchants played to the illusion of parity, pinning €1 to 1,000 lire. Coffee got lost in translation. Bar owners charged 50 cents for a 500 lire espresso, a cruel transfer (espresso has since risen further, to €1 in some places). Rents were also manipulated. A 1 million lire a month apartment in 2001 went for €950 a year later.

Two years after the introduction of the euro, residential housing prices in Rome average €3,326 per square meter, up 60 percent in two years and 140 percent since 1996. Those prices are likely to rise when the Lazio region completes an European Union-mandated plan to assist European buyers by reducing paperwork, opening the market to previously reluctant investors.

Inflation has further compounded the Italian problem. With the euro as the baseline, prices seem even more daunting. Even with EU perks, Italy is hobbled.

Yet the country was vulnerable to what befell it. No other mainstream European country used a zero-rich currency (France knocked two zeros off the franc in 1960) and Italy was eager to pledge to Europe. The euro’s introduction was met with stoic good nature by an approving public unaware of what canceling of the currency might mean in terms of domestic buying power.

But times have changed. Generally averse to displays of nationalism (except in sports), Italians are no longer shy about resenting the common currency. It is a visceral response that transcends most social barriers. A currency usually disappoints the public for three reasons: The inability to earn enough of it; its failure to buy enough; and, more subtly, when national narcissism is no longer reflected in coins and bank notes. Italy hurts for all three reasons.

In June, the conservative Northern League — a center-right governing partner — demanded a referendum on restoring the lira. Welfare Minister Roberto Maroni promoted the referendum idea, which is unlikely to succeed (a referendum petition would require 500,000 signatures) but nonetheless tapped into existing feelings that the euro is an unfriendly currency imposed by hostile competitors unsympathetic to Italy’s ongoing woes. Maroni’s Northern League ally, Justice Minister Roberto Castelli, salted the debate with rhetoric. “Does sterling have no economic foundation because it is outside the euro?” he asked. “Is Denmark living in absolute poverty because it is outside the euro? Are the Swedes poor because they are outside the euro?”

The answer is no, but Denmark and Sweden are not Italy, whose stalled and deficit-burdened economy depends on imports. A recent report from the Brussels-based Center for European Policy Studies titled “EMU [European Monetary Union] At Risk” warned that Italy was losing the long-term capacity to compete effectively against its more stable EU partners. “The economic situation in Italy has the potential to develop into a full-blown crisis,” it added. It stated institutionally what Maroni, Castelli and others broadcast informally with increasing regularity: Italy is not competitive under the euro because it can’t keep up. If Europe has two speeds, Italy is slow.

Italian business practices, more approximate than rigorous, quietly scorn modernity. Despite strongly-worded EU admonishments, wages are still paid late, scams are common, and bureaucratic red tape hinders enterprise and discourages most systematic foreign investment. Emblematic was the collapse of Calisto Tanzi’s Parmalat dairy empire in 2003. Investors, banks, auditors — many world class — were duped. In the magically self-contained and paternalistic Italy of the lira, whims and Parmalat-style personal marauding flourished. The netherworld economy, like the country, was largely removed from external accountability. Domestic inflation was normalized within the lira’s slack tolerance.

But the euro, a transnational currency, is a stoic leveler.

The truth is that opportunistic Italy wasn’t ready for a common currency — not based on its political class. Heady from five decades of European progress, the prospect of playing on equal terms with France and Germany — still the big boys of Europe — seemed appealing. But robust nations hardened by a century of bitter slugfests over coal and steel play rough. So does China, the most fiercely ambitious of the many outside players.

Italy’s own economic miracle was an Eastern European formulation tucked into Western Europe. It was based on sweeping from subsistence to affluence, but not into leadership. It was not created to compete with a dozen nations, now become 20, in a jarring, stressful fight for supremacy in exports and national production. The Italian state is tied to a vast system of social obligation it sought but can no longer afford — not in euros.

If a currency is a metaphor for a sense of place, pride and a modicum of protection, the lira was a security blanket, and now the blanket is gone.